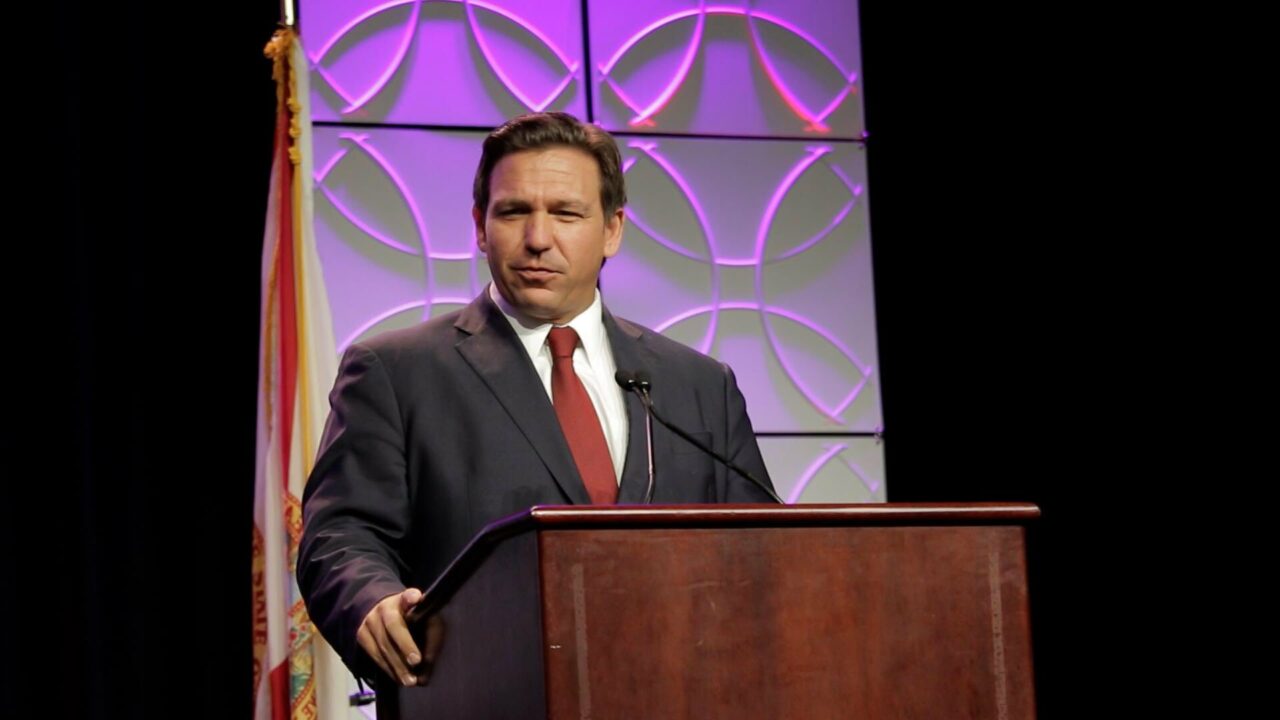 The Governor will keynote an Orlando political conference this Juneteenth.

The Governor, who continues to get talked up as a 2024 presidential contender, will headline the “Road to Majority” event. The Faith and Family Coalition event runs Jun. 17-19 at the Gaylord Palms resort.

Expect a pro-DeSantis crowd at what is billed the “premier grassroots conservative policy conference.” Speeches from DeSantis and the rest will stream, via the Fox Nation service.

It will be the second major Orlando speech for DeSantis this year; he also offered remarks to the Conservative Political Action Conference in 2021.

DeSantis, described as both the Keynote Speaker and the Guest of Honor, has by far the most attractive speaking slot of the whole session on Saturday night. He will speak after Newt Gingrich gets a Lifetime Achievement Award and will precede the durable Ralph Reed, who chairs the coalition.

Though DeSantis is the headline attraction for the conference, other Florida incumbents will also get some time to speak.

U.S. Rep. Byron Donalds, currently at odds with the Congressional Black Caucus that won’t admit him, will speak Saturday in the general session.

The Friday general session, meanwhile, will see Florida’s two U.S. senators, Marco Rubio and Rick Scott, regale crowds. Rubio appears to be headed toward a high-profile and expensive battle with U.S. Rep. Val Demings as he chases a third term, while Scott has the responsibility of helming the National Republican Senatorial Committee.

U.S. Rep. Neal Dunn will speak during the same session.

However, the main event of the conference clearly is DeSantis, who continues to act as if his only concern is 2022 and 2024 hasn’t occurred to him despite the buzz on the right.

“I haven’t had any discussions with anybody beyond what we’re doing now,” DeSantis said during a Fox News interview, downplaying a potential 2024 ticket with Donald Trump.

Expect fiery remarks, regardless, if the CPAC speech was prologue.

“At this moment in our history, standing for the right things comes at a cost. You will be attacked. You will be smeared. You may even be canceled by the major organs of the political left,” DeSantis said, before posing the salient question of the age for his movement.

“But the question is, when the klieg lights get hot, when the left comes after you, will you stay strong, or will you fold?”