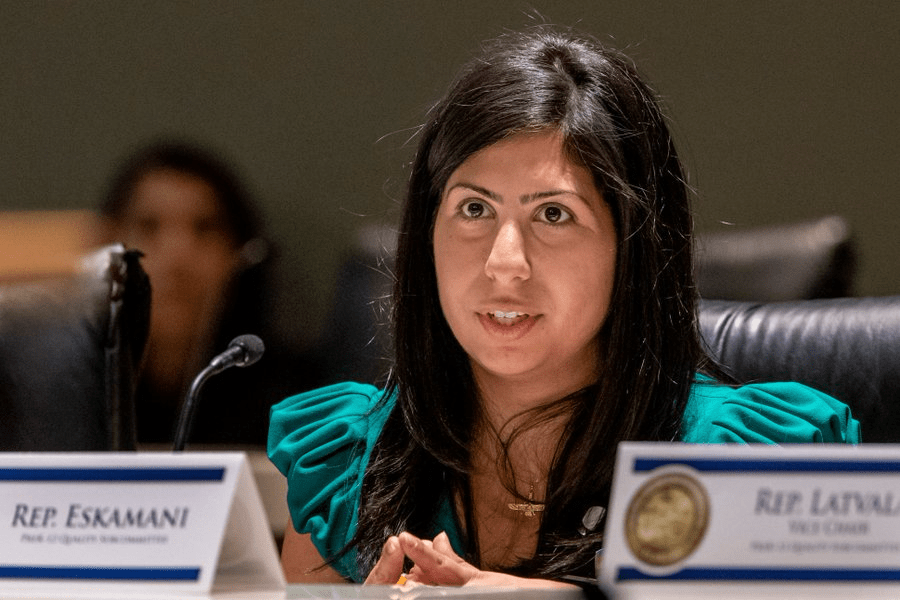 This time Democrats have more than the "it's your civic duty" argument to motivate voters.

It would be ironic if the election (cough, cough) “reforms” Republicans rammed through the Legislature led to higher minority voter turnout in 2022. It’s too early to say that will happen, but Democratic state Rep. Anna Eskamani seems to have the right idea to make it happen.

Simply put, outwork the people making it harder to vote.

That seems to be the premise behind the conversion of her political committee. Instead of working to ensure her reelection, the People Power For Florida committee will focus on voter registration.

“Part of our mission is leadership training. We don’t want volunteers to just do voter reg; we want volunteers to go back to their community centers and register those groups as voter reg organizations. That (is a) model of leadership that the (Barack) Obama campaign really implemented effectively and I’ve implemented in my campaign structure as a political candidate,” she said.

“Good leaders training leaders. That’s one of our core philosophies.”

They reduced the use of drop boxes where voters can place absentee ballots. Black and Brown voters are more likely to use those boxes and, thus, the law restricts their availability.

If you want an absentee ballot, the new law requires additional proof of identification.

It limits those who can collect and drop off ballots and requires new absentee voters to request a ballot for each two-year election cycle.

This has nothing to do with election security. The intent is to erect so many hurdles that minority voters will decide voting is not worth the hassle.

Guess who else thinks these changes create more problems than they solve? That would be the state’s election supervisors, and we should hear them.

They just conducted a flawless, secure, and much admired 2020 election.

Politico reported on a meeting of the supervisors this week in Tampa, which was fraught with uncertainty and tension.

They were serenaded outside their hotel by what Politico described as “a small throng of Donald Trump supporters outside the hotel holding Stop the Steal signs.”

Trump won Florida, by the way — by a lot.

“They are talking about, you know, that Trump actually won Florida. Yeah, he did. He won by 370,000 votes,” Hillsborough Elections Supervisor Craig Latimer said.

“(They responded), ‘Oh, it should have been over a million. You all pulled votes back or something.'”

Latimer is as dedicated and competent a public servant as anyone I’ve known, and anyone who says otherwise is misinformed.

This is what he’s up against, though. The protestors chanted that anyone attending the conference is “un-American” and demanded that Florida end all mail-in voting. Is this a good time to mention that Trump votes by mail?

Seriously, how do you deal with that level of derangement?

You get out the vote, and that brings us back to Eskamani.

She is not the first person to launch a voter registration drive, of course, because these things go on all the time. However, this time Democrats have more than the “it’s your civic duty” argument.

I would imagine Eskamani and those she trains will be fixtures in minority communities from now until November 2022. They’ll meet with every civic group, church group, and they’ll be at ballparks and neighborhood hangouts.

The message will be the same: Republicans don’t want you to vote and you can’t let them get away with this. Once they’ve stopped you at the polls, what will they come for next?

They’ll play that on an endless loop until people hear it in their sleep.

Nothing motivates voters like anger, and those affected most by this new mandate have reason for fury.

However, it’s too soon to tell if that fury will translate into votes or surrender. If the latter is the case, though, they can’t say they weren’t warned.