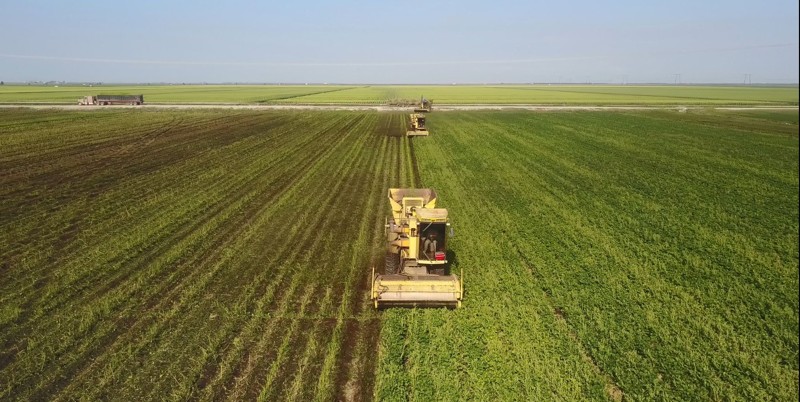 Trade deals with Mexico have left Florida farmers frustrated for years. That continued after the negotiation of the United States-Mexico-Canada Agreement, a replacement for the North American Free Trade Agreement.

“We must ensure the viability of Florida’s fruit and vegetable growers, who for years have struggled to compete with dumped and unfairly priced Mexican imports,” Rubio said. “I firmly believe that food security is national security, and that to ensure our nation’s food security we must defend our food producers from malicious trade practices that are intended to undermine our self-reliance.”

Florida officials have pushed for provisions for seasonal crops since the USMCA was signed.

The proposed legislation aims to guarantee that through statute. Specifically, it would make sure U.S. trade law is applicable to seasonal fruit and vegetable growers to petition the Commerce Department and International Trade Commission to secure relief from unfair trade practices. The law now requires petitioners to demonstrate year-round damage for help.

Buchanan, a Sarasota Republican and chair of the Florida Delegation, served as a liaison from the House to the Donald Trump administration when the USMCA was announced and promised then the concerns of seasonal growers would be addressed. He and Rubio have pushed for a legislative fix since 2018.

Lawson, a Tallahassee Democrat, is joining in the effort, and making it a bipartisan bill in this Congress when Democrats control both chambers.

“Mexico’s dumping into our nation’s agriculture market is a problem, and below-cost produce has put Florida’s farmers at a disadvantage,” Lawson said. “This issue is crippling our state’s agriculture industry and threatening its place as one of the top agricultural producers in the country. The Defending Domestic Produce Production Act will work to protect Florida’s farmers and make sure they have a fair chance in the marketplace.”

Scott has also supported the fix, which was previously sponsored by Democratic U.S. Sen. Bill Nelson.

“Florida’s seasonal produce growers work incredibly hard to succeed and support their families, but they’ve been faced with hardship amid the pandemic and unfair competition from Mexico,” Scott said. “This legislation will help defend and protect our hardworking domestic growers from the impacts of these unfair trade practices and support their continued success.”

nextJoe Henderson: Anna Eskamani has the right idea for the 2022 election