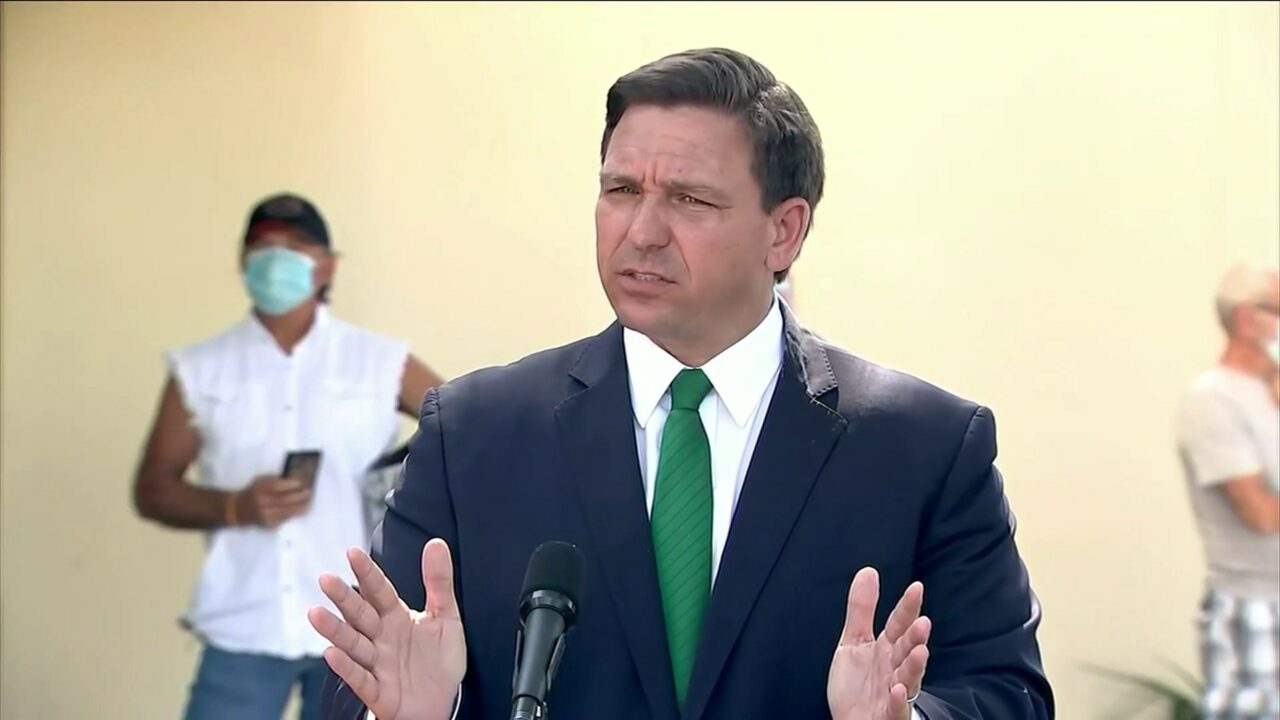 When Gov. Ron DeSantis was directly asked if he believed the 2020 presidential election was rigged, he sidestepped the question.

While responding to questions from reporters at a press conference in St. Pete Thursday, DeSantis said, referring to the 2020 election, Florida “had the best run election in this state that we probably ever have.”

But he also complained about a “very shady” grant program that aimed to increase voter turnout despite pandemic-related voting challenges.

DeSantis used the term “Zuckerbucks” in reference to the grants. Funding for the grants, in part, came from a $250 million donation from Mark Zuckerberg and his wife, Priscilla Chan.

“They spent hundreds of millions of dollars to basically run elections in different parts of the country. Some of these supervisors want those Zuckerbucks. I don’t want the Zuckerbucks in Florida,” DeSantis said.

The Center for Technology and Civic Life (CTCL) started the COVID-19 response grant program. According to the nonprofit’s website, its goal is to modernize the voting process by using technology to make elections more accessible.

CTCL distributed 2,500 grants through its grant program across 49 states to help with pandemic-related voting challenges during the 2020 election.

DeSantis also said he believes ballot harvesting at ballot boxes was an issue in other states during the 2020 election. Ballot harvesting refers to the practice of allowing third parties to collect and deliver ballots.

“I think some of this ballot harvesting you see across the country is a huge, huge problem,” DeSantis said.

DeSantis has already addressed those issues in Florida. He pointed to the state’s new voting law, which is facing multiple court challenges. That law outright bans private money from being used to pay for local election activity and says a person can collect and return the ballots of immediate family and no more than two from unrelated people.

The challenges to the new law say it is discriminatory to minority voters based on several of the law’s restrictions.

“In 2020, funding from the Center for Tech and Civic Life and the federal government helped election departments make critical investments that were needed to successfully administer a safe, trustworthy process,” CTCL describes its work during the 2020 election.