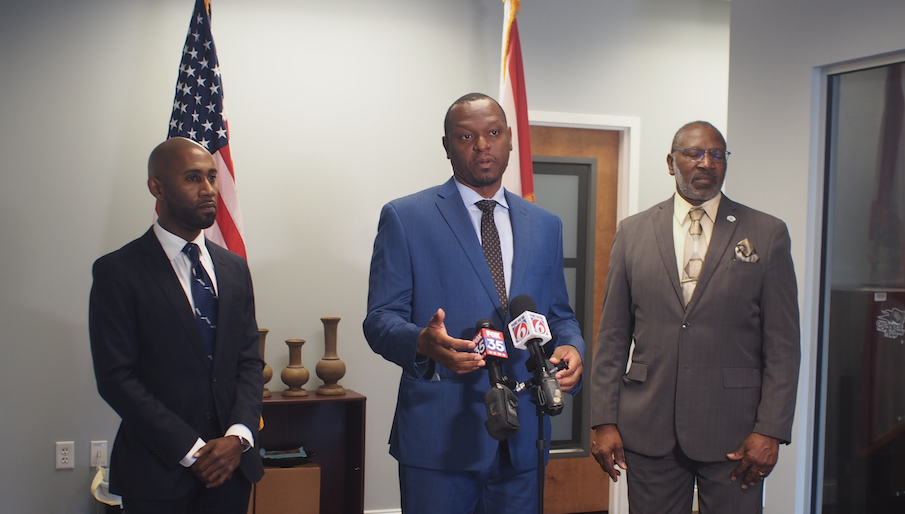 'We now have the momentum,' Bracy said.

Saying the nation clearly backs Juneteenth as a holiday, now that it’s a federal holiday, Sen. Randolph Bracy and Rep. Travaris McCurdy on Monday challenged the Legislature’s leadership to join them next year to create a state holiday.

Bracy, of Ocoee, and McCurdy, of Orlando, pushed bills this Legislative Session to create a state holiday for June 19 to commemorate the national date when the last slaves were freed in 1865. But their efforts stalled. Bracy first encountered friction for his SB 490 because some lawmakers wanted May 20 recognized in Florida, as that was the date Florida slaves were freed. He wound up including that move in an attachment to another bill, HB 1553, the “Victims of Communism Day Act.”

Bracy’s effort and Travaris’  HB 185 ultimately died in the House.

Now that Congress has approved a federal holiday for Juneteenth, Bracy and McCurdy, joined by Apopka Commissioner Alexander Smith, vowed Monday to try again in 2022. They urged opponents to recognize momentum is on the side of the holiday.

McCurdy said in Florida’s next Legislative Session, negotiations will be more strategic.

“We know these individuals that we need to talk to now. And hopefully they’ve seen what was done on the federal level and understand and realize the need, the importance, and the appetite the public has in recognizing these holidays,” McCurdy said.

“I’ll add with all of the racial unrest we’ve seen in the last year or two, and now we have the momentum of the federal government making it a federal holiday, I think there is momentum to pass this in the state Legislature. So I think we may get more agreement from the leaders in the House,” Bracy said.

Bracy, who is running for Congress in Florida’s 10th Congressional District, said the Legislature’s leadership was concerned about the fiscal impact of giving state employees another paid day off. So he expects contention over whether Juneteenth might best be a paid legal holiday or just an unpaid holiday. The federal bill made Juneteenth a paid legal holiday for federal workers.

“We’re going to go for the paid state holiday the way it is on the federal level. In the bill that President Biden did sign, it’s a federal paid holiday. We think it’s appropriate that the state also have a paid holiday so that you don’t have federal employees off but you have state employees going to work,” Bracy said.

“I wouldn’t go into any negotiations lowballing myself. So I would put the burden on them to tell us no,” McCurdy said of lawmakers who might oppose the paid state holiday.