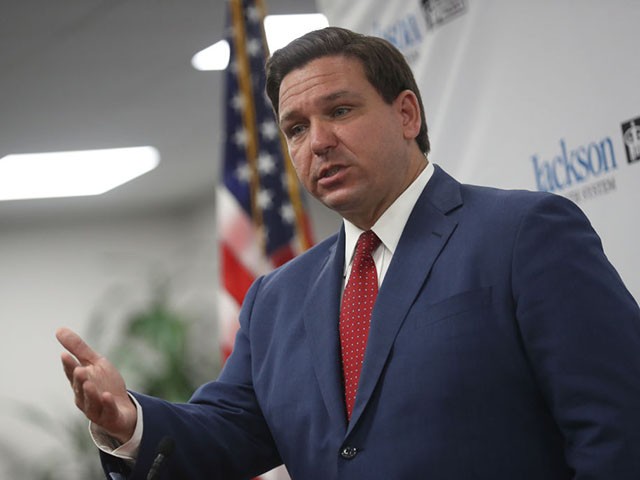 'Unfortunately, now the norm is really, these are more intellectually repressive environments.'

During a stop in Lee County, Gov. Ron DeSantis signed legislation requiring university professors to be surveyed on ideology.

“It used to be thought that a university campus was a place where you would be exposed to a lot of different ideas,” DeSantis said. “Unfortunately, now the norm is really, these are more intellectually repressive environments. You have orthodoxies that are promoted and other viewpoints are shunned, or even suppressed. We don’t want that in Florida.”

He said hiring faculty with a range of political views and values would be essential to providing a quality education in Florida’s public institutions.

“You need to have a true contest of ideas,” he said. “Students should not be shielded from ideas, and we want robust First Amendment speech on our college and university campuses.”

DeSantis said too often, he hears from parents concerned that if they send a child to a college or university setting, they will be “indoctrinated.”

“We obviously want our universities to be focused on critical thinking, academic rigor,” he said. “We do not want them as basically hotbeds for stale ideology. That’s not worth tax dollars and it’s not something that we will be supporting.”

The idea of an intellectual diversity survey has been debated in the Legislature for years but passed this Session.

The legislation was carried in the House and Senate by Lee County lawmakers.

“That tells me they have placed a premium on people who look different,” he said. “That’s not diversity, that’s conformity.”

“When we’ve decided one ideological standard will win the day it means we are losing because we are not having real conversations,” he said.

He said academic research shows that since 2013, students at universities have been deprived of a marketplace of ideas on campus.

“Rigorous debates where we could say things, sometimes silly things, so we could test out ideas to find out what it is we truly believe in,” Sprowls explained of that marketplace.