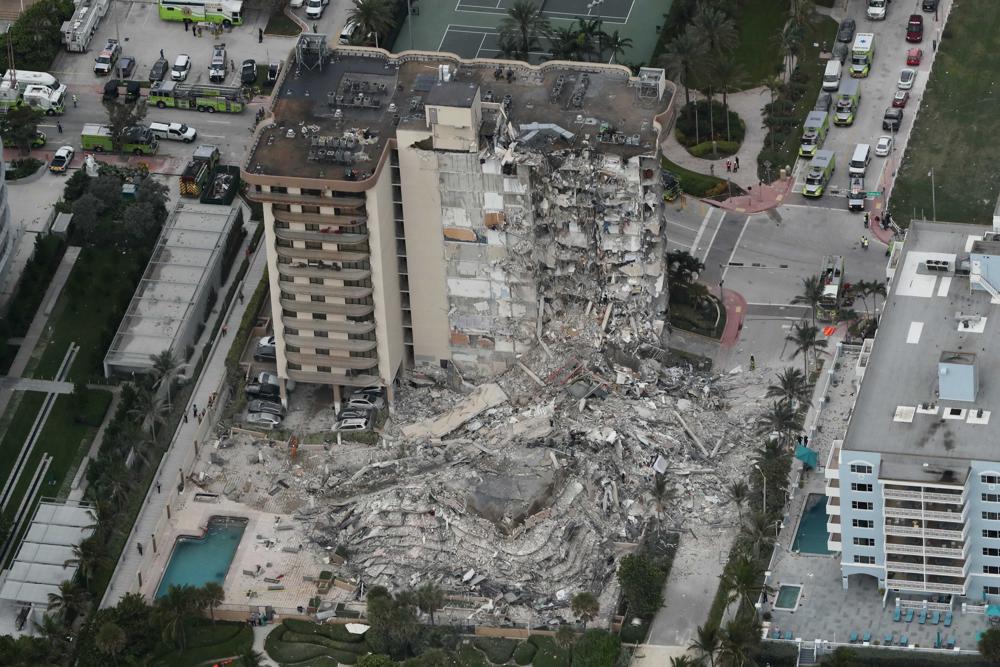 Gov. Ron DeSantis and Miami-Dade Mayor Daniella Levine Cava want timely answers on what caused the condo in Surfside to collapse, but the current priority is recovering survivors.

Their comments came on the second day of searching after half of the 12-story beachfront condominium collapsed around 1:30 a.m. Thursday morning. Four have been confirmed dead and 159 remain unaccounted for, feared in the rubble.

While engineers and search and rescue crews have been using a deliberate process to safely search, people want answers about how a 40-year-old building could have collapsed, and if others are at risk.

“I do think it’s important that it’s timely, because you have a lot of families here. You have families that lost loved ones in this building collapse. They have a right to know,” he said, adding that survivors, too, lost personal belongings.

“Then I think there’s a lot of other people throughout this community and, really, throughout Florida who want to know, well, how could a building just collapse like that,” DeSantis said.

Cava stressed their current priority is to save lives.

“We all want answers, we all need answers, we never want this to happen again,” she said.

News media and people in the community have been speculating what may have caused the collapse. Stories have sprung up highlighting a study from the ’90s written by a Florida International University professor identifying the condo as one site where the beach was sinking 1 to 3 millimeters per year. Others have highlighted the fact that the building was undergoing roof construction and was seeking its 40-year certification.

However, officials haven’t entertained speculation yet.

Structural engineers are on the scene, but have largely been tasked with determining whether areas are safe.

“We have structural engineers from the state, from the federal government, all of them involved, and when it is time to launch the investigation, we will,” Cava said.