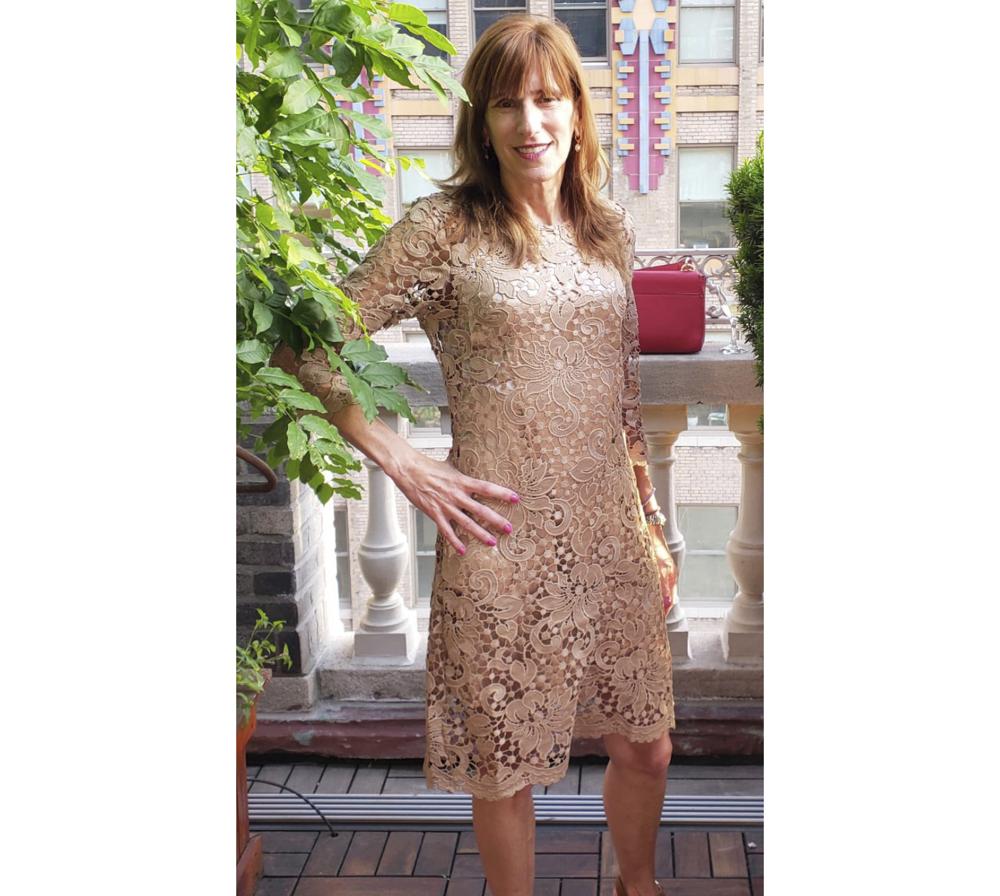 Authorities have identified eight of the nine people confirmed to have died after the collapse of a 12-story beachfront condominium in Florida. The Associated Press has been reporting brief descriptions of the dead and the missing.

Police said they identified the remains of Leon and Christina Oliwkowicz, an elderly couple from Venezuela with ties to Jewish communities in Florida and Chicago. They also found the bodies of Luis Bermudez, a young man with muscular dystrophy, and his mother Ana Otero, who were from Puerto Rico.

Authorities said 152 other people remain unaccounted for as rescuers search through the rubble of Champlain Towers South. Among them are Linda March, whose penthouse apartment was ripped apart, leaving her office chair and a set of bunkbeds next to the abyss.

Luis Bermudez, of San Juan, Puerto Rico, had battled with muscular dystrophy for years and used a wheelchair. The 26-year-old man lived with his mother Ana Ortiz on the seventh floor of the Champlain Towers South.

His father, also named Luis Bermudez, texted the AP saying “my son is a hero.” He also wrote on Facebook that he could not believe he’s gone.

“Now rest in peace and without any obstacles in heaven,” he wrote. “I will see you soon my Luiyo.”

Ortiz, 46, had just gotten married with Frankie Kleiman. Alex Garcia, the couple’s close friend, told The Miami Herald he had set them up on a blind date. Kleiman lived with his wife and stepson on the same floor as his brother Jay Kleiman, who was in town for a funeral, and their mother Nancy Kress Levin. The Kleimans and their mother are still missing.

Ortiz was described as a woman who was committed to giving her son the best possible life.

“She’s a rock star. And gorgeous,” Garcia told the Herald. “And on top of that a super mom.”

Leon Oliwkowicz, 80, and his wife Cristina Beatriz de Oliwkowicz, 74, lived on the 8th floor of the condo tower for several years, according to Venezuelan journalist Shirley Varnagy, a close friend of their family.

Varnagy said the Oliwkowicz’s daughter had been outside the building waiting for some information about their fate. Her husband answered their phone and asked to be left alone.

The couple’s daughter, Mrs. Leah Fouhal, works as a secretary at a Jewish school in the Rogers Park neighborhood of Chicago, where the couple donated a Torah in 2019 in a procession that included a vintage fire truck, music and a giant velvet and gold crown, according to COLlive.com, an Orthodox Jewish news outlet that covers Chabad-Lubavitch communities around the world.

The Oliwkowicz’s also were members of The Shul of Bar Harbour, where the outlet reported that Rabbi Sholom Ber Lipskar said “there are very few words that could give anybody consolation because you are dealing with an unimaginable, horrific tragedy that struck in the middle of the night.”

Meanwhile, the parents of Rodán, Levine and Sadovnik live in Venezuela and traveled to the U.S. Friday. “Some did not have a visa, others had an expired passport, but with diplomatic collaboration they were able to arrive,” Varnagy said.

Among the missing was Linda March, who eagerly traded a cramped New York apartment for fresh air and ocean views after surviving a COVID-19 infection. She even bought a bright pink bicycle to cruise around Miami with, best friend Rochelle Laufer said.

March rented Penthouse 4, and was using the second bedroom of the furnished apartment as her office, Laufer told The Associated Press on Sunday.

Thursday’s partial collapse of the condominium building left the penthouse’s interior exposed, with bunk beds and an office chair still intact just inside the broken edge where the rest of the 12-story structure crumbled into a pile of debris.

Another friend, Dawn Falco, said she had been talking on the phone with March until just two hours before the disaster. Falco said she immediately began searching for word on her friend, who she said never leaves the house “without a smile.”

“My heart is breaking as I see the office chair that she just purchased next to the bunkbeds,” Falco said.

Florida was a new start for the 58-year-old attorney. In the past decade, she’d lost her sister and mother to cancer, her father died a few years later and she and her husband divorced. She had no children.

“She would say to me, ‘I’m all alone. I don’t have family,’ and I would say, ‘You’re my sister, you don’t have to be born sisters. And I said you always have me,’” Laufer recounted through tears.

Laufer said March loved the ocean views but hated the incessant noise from nearby construction and had decided to break her lease. “She was looking for another apartment when this happened,” Laufer said sadly.

Still, Laufer had been planning to visit her friend this fall.

“I joked I’m going to take the top bunk when I visit,” she said.