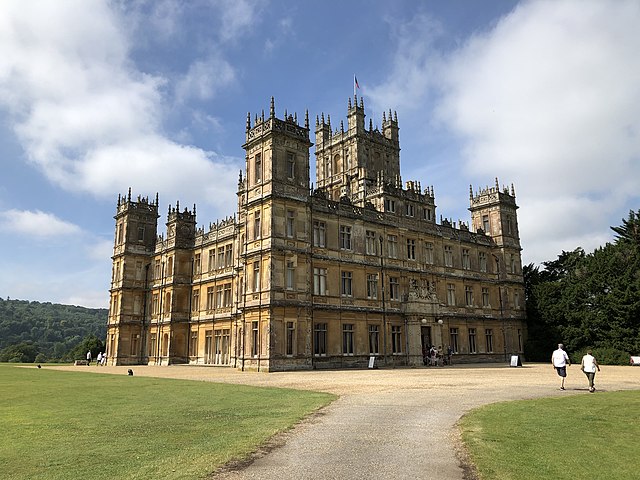 People love to tour the stately homes of England, imagining themselves taking tea in the library at Highclere Castle (the real Downton Abbey) or sporting a tiara at a Bridgerton-style ball in some Palladian mansion, just as they like to relish the gracious plantation houses of the South: Oak Alley in Louisiana, Brandon Hall in Mississippi, or Goodwood in Tallahassee.

But some of these aficionados of fancy interiors get positively resentful when invited to think about where the cash for all that beauty and elegance came from.

A visitor to McLeod, a Low Country plantation that has preserved both the big house and the little cabins where the enslaved lived, complained that she “didn’t come to hear a lecture on how the white people treated slaves.” Guides at Monticello, Thomas Jefferson’s estate in Virginia, have been criticized for “overemphasizing” the role of enslaved people.

Sally Hemings, for example, the half-sister of Jefferson’s wife, who was 16 when she bore the first of at least six children by Jefferson.

I mean, who would want to know that about our third president, who was a genius and a Founding Father of our virtuous nation? Apparently, we (well, some of us) are completely unequipped to handle the complexity of the human character.

This same stuff is happening here in the U.K. There will be NO MENTION of Winston Churchill’s racism, especially his scarily eugenicist statement to the Palestine Royal Commission in 1937: “I do not admit, for instance, that a great wrong has been done to the Red Indians of America or the Black people of Australia … by the fact a stronger race, a higher-grade race, a more worldly-wise race to put it that way, has come in and taken their place.”

That he embraced the racism of his time does not negate the fact that Churchill also helped save the world from fascism. Both can exist in the same space.

Responding to the Black Lives Matter campaign (among other social forces), the National Trust commissioned a report documenting the ways the properties it maintains were connected with colonialists from the East India Company to the Atlantic slave trade to Virginia tobacco growing.

Shock! Horror! Here are all these white folks who simply want to drool over the topiary at some Elizabethan manor or admire the Adam mantelpieces in some Georgian pile, and now they’re being forced to hear that this palace was funded in part by the old owners’ “appropriation” of Mughal rubies while a colonial administrator in India or the profits from a sugar plantation in Barbados.

Next thing you know, up crops a shadowy outfit calling itself Restore Trust (there are no names attached to the group’s website) demanding that the National Trust go back to its supposed “original mission” of showcasing period architecture and beautiful interiors as if those who once lived in these places got their money from the fairies or out of thin air, instead being part of the vast exploitative enterprise that was the British Empire.

That’s like pretending Jefferson himself shaped and fired the bricks to build Monticello.

The N.T.’s report is compelling and well-researched, showing how, contrary to your average Jane Austen movie, Britain’s heritage is not wall-to-wall white folks.

The owners of Dyrham Park, a fine 17th-century mansion in Gloucestershire, made a lot of money in “colonial enterprises,” including the slave trade. Later, Mary Sarah Oates, the daughter of a Jamaica plantation overseer and a Black woman, married Dyrham’s owner. She was born in 1833, the year Britain abolished slavery in its colonies.

The Pennant family of Penrhyn Castle in Wales also got rich off West Indian sugar. They opposed emancipation in the colonies but did pretty well out of it, receiving more than £14,000 (worth more than $20 million in today’s money) compensation for their human property in 1835.

As in the United States, the British were divided on slavery. Lord Mansfield, a high court judge, happened to be raising his great-niece Dido Belle, the daughter of his nephew and a slave. He ruled in 1772 that slavery was not recognized in the Common Law and therefore could not exist on English soil.

However, slavery could and did exist in British overseas territories, including the American colonies, where the plantation was the chief economic engine. Nevertheless, abolitionist sentiment was growing in the British Parliament, worrying some of our Founding Fathers, who could not imagine life without slavery.

The 1619 Project is not wrong about slavery being one instigating cause (among several) of the American Revolution, no matter what Ron DeSantis and other historical illiterates who won’t explore beyond a Fox News crawl might think.

By the time of the Civil War, British opinion was largely on the side of the abolitionists. A Quaker family from Newcastle had bought Frederick Douglass‘ freedom for him; Harriet Beecher Stowe, author of Uncle Tom’s Cabin, was treated as a rock star; and in 1862, Lancashire mill workers refused to touch cotton picked by American slaves, bringing the Southern cotton trade to a screeching halt.

We should also remember that Great Britain, at the time the world’s most powerful nation, refused to intervene on the side of the Confederacy in the Civil War — thank God.

None of this means the British have somehow been “better” than Americans at dealing with their long history of racism. Nobody is covered in glory here.

But trying to whitewash the past and pretend that critical race theory (which conservatives on both sides of the Atlantic couldn’t define if their lives depended on it) is not the way to go.

We need to deal with the past as it was — messy, contradictory, embarrassing, vicious, occasionally uplifting — not as we want it to be. We need to tell the truth about the manor house and the plantation house.

Republished with permission of Florida Phoenix.

nextRemembering the 9 dead and 152 missing in Florida collapse