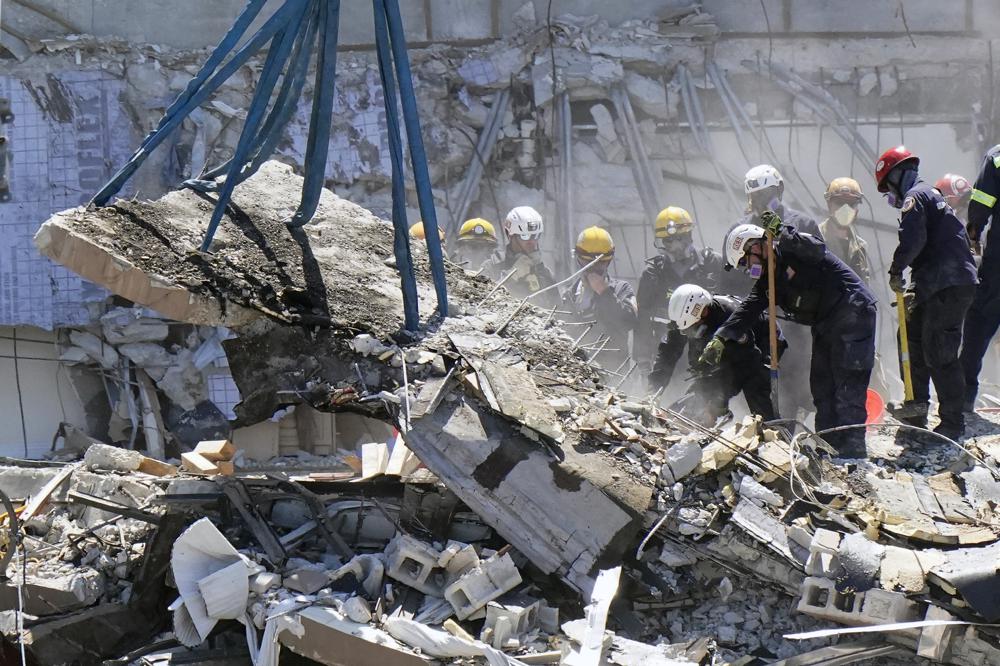 One of the nation’s top condominium law firms wants Florida empaneling a task force to study the Surfside building collapse.

Sachs Sax Caplan, a firm based in Boca Raton, urged Gov. Ron DeSantis to gather a group of experts to find what led to the collapse of Champlain Towers South. After that, attorneys say the special task force recommend reforms to Florida’s laws so a similar tragedy won’t happen elsewhere.

“Our hearts go out to all the victims of the Surfside collapse and their loved ones. This horrific tragedy is a red flag warning for all high-rise condominiums, apartments, and commercial buildings – not just those along the coast,” said Louis Caplan, a founding partner of Sachs Sax Caplan.

“The condition of aging buildings is a statewide problem, and it demands careful examination by a panel of experts who can make comprehensive recommendations at the state level.”

The firm recommends any special panel include engineers, architects, building contractors and industry professionals. The group would focus on the need for uniform building inspections and guidelines.

Members of the law firm played a role in crafting Florida policy over the past several decades regarding condominium structures.

“The State of Florida inspects everything from elevators to gas pumps to ensure public safety, and we should similarly have statewide standards for buildings where hundreds, or even thousands, of people live or work,” said Peter S. Sachs, a founding partner at the firm who helped draft Florida’s original condominium laws in the mid-1970s.

The tragedy at Surfside has prompted a national demand for accountability.

At least 16 have been confirmed dead following the collapse of the 12-story Surfside condominium, with many more feared dead. More than 140 individuals believed to be in the building at the time of the collapse remain unaccounted for, and rescue workers have not pulled any living individuals from the wreckage since the June 24 disaster.

The call for action from Sachs Sax Caplan suggests a panel could convene and make a round of recommendations available before the 2022 Legislative Session.

A priority for any such group would be the risk facing other similar structures built in the 1980s in Florida. In 2010, a Sarasota condominium building was evacuated, its residents displaced for years, after signs it could collapse. Ultimately, the building was strengthened through retrofitting and residents were eventually allowed to return.

There’s buildings of similar ages all around the state of Florida that now have individuals concerned what led to the structure in Surfside collapsing like a pancake with no clear warning.

The Surfside structure was due for a 40-year inspection, and a building inspector then working for the city of Surfside said told the condominium association that the tower was in “very good shape.”

“Condominium boards are willing to spend whatever is necessary to protect their residents,” he said. “The focus should be not on what it costs, but rather what it saves – lives.”