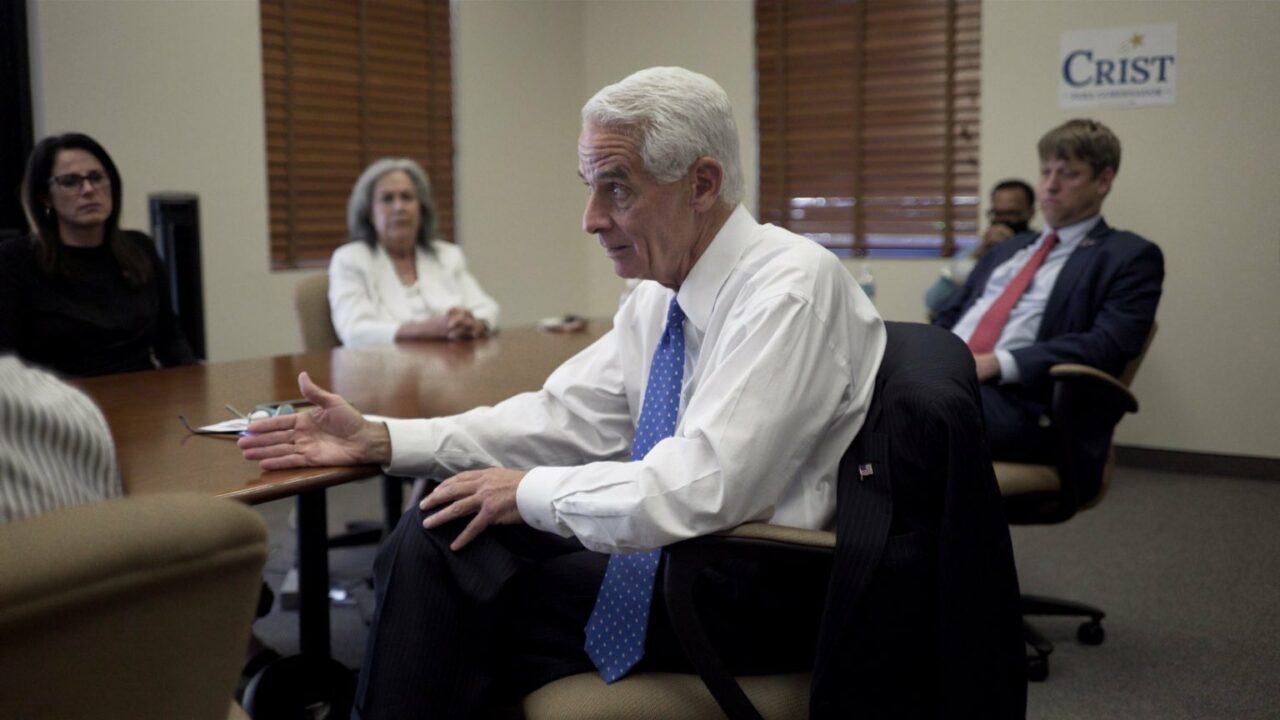 Gibson's early endorsement of Crist over Fried is especially significant in the Jacksonville market.

Gibson, a Duval County Democrat, has served in the Florida Senate since 2012, including a term as the Senate’s Democratic Leader from 2018 through 2020. Before that, Gibson served in the House for nearly a decade.

“I always tell people in my district, ‘who represents you matters,'” she said in a video, adding that Crist “has an extensive background on what is the right thing to do for this state.”

Gibson also credited her endorsement of Crist to his prior experience as Governor, as well as his work on education, health care and voting rights restoration.

“Charlie Crist knows that the state is responsible for the education of our children and won’t pass the buck on making sure that every student gets a world class education,” Gibson said in a statement. “Charlie understands justice — he believes in redemption and rehabilitation when it comes to restoring voting rights, and unlike those who came after him, he’ll act to help and forgive Floridians, not hurt them.”

Gibson’s early endorsement of Crist over Agriculture Commissioner Nikki Fried is especially significant when it comes to the Jacksonville market.

Crist already made a play there, appearing with City Council member Reggie Gaffney when he launched his campaign tour in June.

Gaffney has been teasing a run for Gibson’s seat, since the state Senator will be term-limited out in 2022, which would set him on a collision course with Gibson’s protege, Rep. Tracie Davis, who is also planning on running for Senate.

Crist and Fried both see the road to the nomination and a potential General Election win as running through Duval County. But in the early contest for big name endorsements, it is the durable Crist carrying Duval in the early count.

The Congressman has already reeled in a hefty list of statewide endorsers since announcing his campaign for Governor. At the start of June, several Democratic representatives from Tampa Bay, Orlando and South Florida announced their support for Crist.

Before his election to Congress as a Democrat in 2016, Crist served as a Republican Governor of Florida from 2006 to 2010. He ran for Senate in 2010, but facing a significant Primary challenge from Marco Rubio, ran as an independent and lost. He ran for Governor as a Democrat in 2014 and narrowly lost to incumbent Gov. Rick Scott, now a U.S. Senator.

A.G. Gancarski contributed to this report.