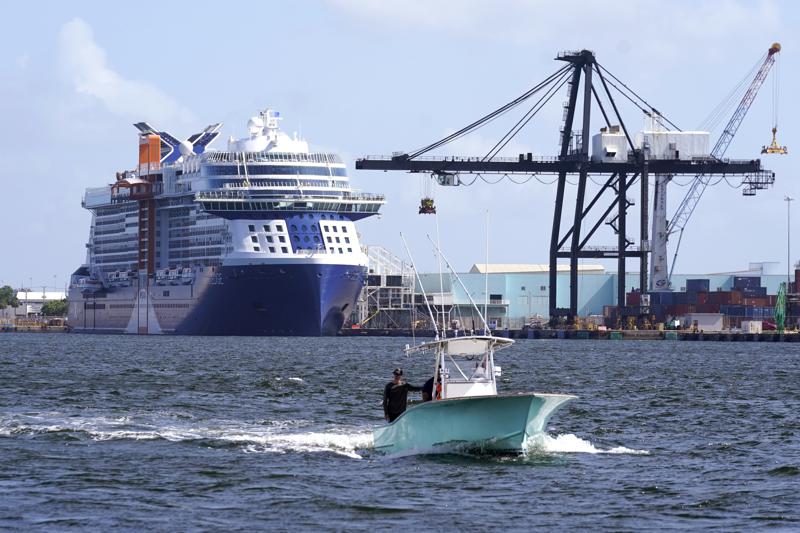 'The undisputed evidence shows that unregulated cruise ship operations would exacerbate the spread of COVID-19.'

The U.S. Centers for Disease Control and Prevention wants a second opinion after a decision that effectively neutered its sailing directives for cruise lines.

Last month, a federal judge temporarily dislodged the sailing restrictions the CDC had put in place for cruise lines amid the COVID-19 pandemic. In an appeal filed Tuesday, Department of Justice attorneys turned to the 11th Circuit Court of Appeals to overturn the preliminary injunction, which is set to kick in by July 18.

“The conditional sailing order is an important tool in ensuring that cruise ship operations do not exacerbate the spread of dangerous (COVID-19) variants during this inflection point in the pandemic,” Tuesday’s motion for a stay said. “It does not shut down the cruise industry but instead provides a sensible, flexible framework for reopening, based on the best available scientific evidence.”

The federal restrictions have become tangled with decisions this spring by Gov. Ron DeSantis and state lawmakers to ban businesses — including cruise ships — from requiring what are known as vaccine “passports” that would show people have been vaccinated against COVID-19.

“Here, the undisputed evidence shows that unregulated cruise ship operations would exacerbate the spread of COVID-19 and that the harm to the public that would result from such operations cannot be undone,” Tuesday’s motion continued. “Cruise ships are uniquely situated to spread COVID-19, due in part to their close quarters for passengers and crew for prolonged periods and stops at foreign ports that risk introducing new variants of COVID-19 into the United States.”

In his decision last month, U.S. District Judge Steven Merryday in Tampa granted a preliminary injunction that kicks in July 18 against the CDC and its sailing order. Beginning then, the CDC’s conditional sailing order will remain, but on the same “non-binding” level that applies to other travel industries, like airlines and hotels.

“This order finds that Florida is highly likely to prevail on the merits of the claim that CDC’s conditional sailing order and the implementing orders exceed the authority delegated to CDC,” Merryday wrote.

The CDC had two weeks to suggest a middle ground keeping within its authority, but that window closed Friday.

Also, Merryday ordered the two sides to return to mediation, a process that had reached impasse.

Florida Attorney General Ashley Moody, backed by DeSantis, filed the lawsuit in April, challenging restrictions imposed by the CDC that idled the industry after outbreaks aboard ships early in the pandemic in 2020.

The lawsuit focuses heavily on a “conditional sailing order” the CDC initially issued in October with a phased approach to resuming cruise-ship operations.

But U.S. Department of Justice attorneys filed a brief last month that said, in part, recent developments “further undermine” the state’s arguments that an injunction is needed. Those developments include the CDC approving simulated voyages that involve testing cruise-ship operators’ ability to mitigate virus risks.

The state’s lawsuit contends the CDC exceeded its authority with the restrictions and that the conditional sailing order is “arbitrary and capricious.” Also, it alleges the CDC violated the Administrative Procedure Act, which deals with how agencies impose regulations and carry out laws.

Opposing the federal restrictions also has become a high-profile political issue for DeSantis, who frequently blasts the CDC for mothballing cruise ships during the pandemic. Following Merryday’s ruling, DeSantis credited himself for kicking off a national dialogue on CDC powers.

The cruise industry is key to Florida’s tourism industry, which is the largest section of the state’s economy.

The ruling came as cruise ship operators prepare to try to sail from Florida this summer. Royal Caribbean announced this month that it plans to begin sailing from Florida ports in July and August.

Along with raising the legal arguments, DeSantis and Moody have focused heavily on the economic impact of the industry shutdown. That argument was reflected in the ruling by Merryday, who has served as a federal judge since 1992 after being nominated by former President George Bush.