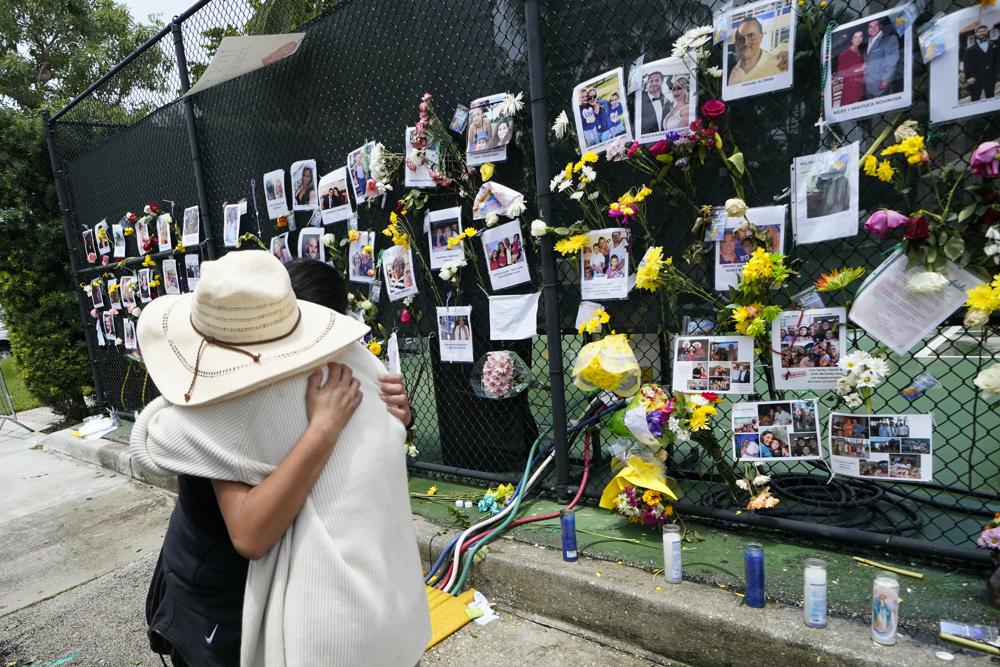 Two weeks following the collapse, 54 bodies have been found and 86 people are still missing.

Search crews in Surfside have now confirmed what families of the missing have feared since the Champlain Towers South collapsed two weeks ago: there are likely no survivors to be found.

Miami-Dade Assistant Fire Chief Raide Jadallah spoke to families with missing loved ones early Wednesday evening, confirming the rescue mission has now shifted to a recovery mission, and that no one is expected to be pulled out of the rubble alive. Jadallah said his talk with the families was “some of the hardest news I’ve ever had to deliver in my professional career,” according to the Miami Herald.

Emergency workers have found 54 bodies as of Wednesday evening, with 86 individuals still unaccounted for.

Gov. Ron DeSantis spoke Wednesday morning about the difficulties families have gone through, not knowing the final fate of their loved ones while rescue crews continued to search the collapse site.

“These are big, some of them big, beautiful, great families. And their lives have been shattered with this,” DeSantis said.

“I think not knowing has deepened the agony and deepened the grief. And, of course, those guys are working around the clock to be able to identify everybody. But it’s been, I think, a unique tragedy. You don’t expect to see that many folks impacted.”

Some individuals were pulled from the debris immediately after the June 24 collapse. But since that immediate aftermath, no one has been found alive. With two weeks of searching complete as of Wednesday, officials sought to give closure to individuals still waiting for family and friends to be found.

As those affected by the tragedy grieve, DeSantis sought to give comforting words to the victims with his remarks earlier Wednesday.

“I don’t think the state’s ever going to quite be the same,” the Governor said. “You never want to go through the tragedies. But those folks there, they are leaving a very impressive legacy. And for those who are missing, for those who have been identified as being deceased, the impact that they’ve had — not just on Florida but through folks all across the country in the world — has really been profound.”

Several additional bodies have been found since crews demolished the still-standing portion of the building late Sunday. Crews will continue digging through debris to recover bodies and enable families to make funeral arrangements.

previousJoe Henderson: Gov. DeSantis gets an 'A' for leadership in a crisis

nextSunburn — The morning read of what’s hot in Florida politics — 7.8.21