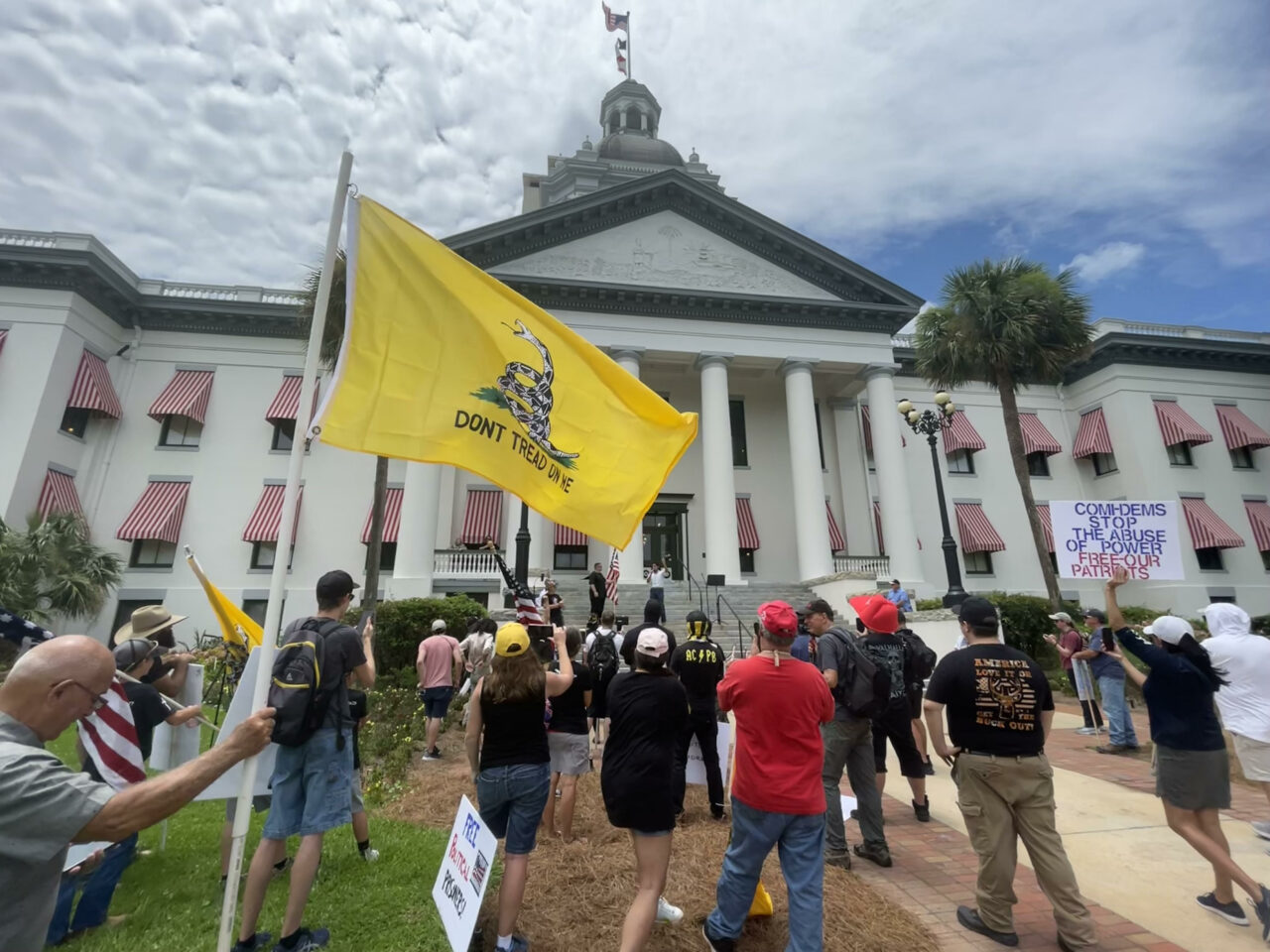 Speakers at the event referred to those arrested as "political prisoners."

Dozens of people gathered on the steps of Florida’s old Capitol building Saturday afternoon to call for the release of people arrested for the Jan. 6 insurrection.

Florida has the distinction of being the state with the most individuals charged in connection with the Jan. 6 attack on the U.S. Capitol.

Those milling about Florida’s Capitol grounds Saturday included members of the Proud Boys and Oath Keepers, two far-right groups labeled by the FBI as extremists.

Attendees chanted “let them go” and held signs calling for the release of “political prisoners.”

The ‘Free Our Patriots Rally in Tally‘ was announced in a tweet by Luis Miguel, a far-right Republican who is looking to primary Sen. Marco Rubio. Miguel tweeted the purpose of the rally was to call on elected officials “to fight for the release of these American patriots.”

At the rally, the emcee accidentally closed out the speaking portion of the event before being reminded that Miguel had not yet spoken at the rally Miguel organized.

“They’re not insurrectionists like they say. They’re not traitors. They’re not terrorists. I’ll tell you what they are; they are heroes. Every single one of them is a hero,” Miguel said, speaking about the people who have been arrested after the attack that resulted in five deaths.

Miguel referred to those attending Saturday’s rally and those who were at the Jan. 6 attack as “patriots.”

“Any single one of those men who are in a jail cell right now could have been us,” Miguel said.

More than 535 people have been arrested for the Jan. 6 attack, which amounted to an unsuccessful attempt to stop Congress from certifying Democrat Joe Biden‘s November election victory over then-President Donald Trump.

Sixty-two of the people arrested in the aftermath of the attack are from Florida.

Charges against Floridians for the Jan. 6 riot include assaulting an officer using a dangerous weapon, conspiracy, aiding and abetting the theft of government property, civil disorder, violent entry, obstruction of an official proceeding, and entering and remaining in a restricted building, among other charges.