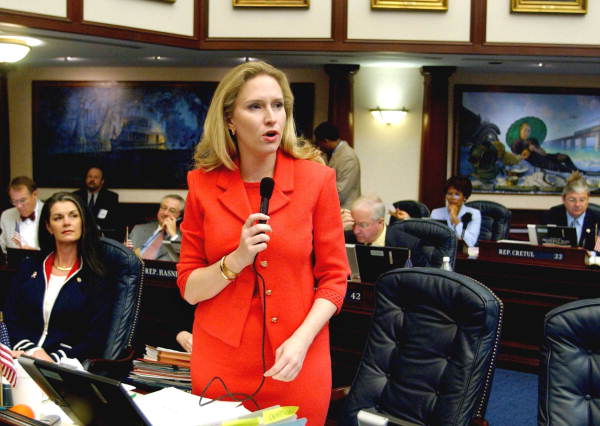 Berfield is one of two Republicans vying for the seat.

Rep. Chris Latvala is endorsing Kim Berfield as his successor in House District 67.

Berfield is one of two Republicans running in 2022 to replace Latvala, who is not seeking reelection because of term limits.

“The greatest honor of my life has been to represent House District 67 in the Florida House. I have known Kim for almost 20 years. She was an accomplished Member of the House, and she has been virtually a lifelong resident of this district and a lifelong member of our Republican party,” Latvala said in a written statement.

Latvala’s statement is a dig at Berfield’s opponent, Jason Holloway, who, despite being a registered Republican, previously worked as a legislative aide to Sen. Darryl Rouson, a Democrat.

Berfield previously served in the Florida House from 2000-2006. She later served as deputy secretary of the Florida Department of Health. She’s currently the vice president of government affairs and community health at Johns Hopkins All Children’s Hospital.

“She helped make the Republican Party of Pinellas what it is today through her volunteerism and service. Kim’s commitment to our community continued after her service as a Representative, and I have no doubt she will be a tremendous member of the Florida House once again,” Latvala added. “Kim Berfield has my full support, and she is someone we can always be proud of.”

HD 67 covers parts of mid- and north-Pinellas County, including parts of Clearwater and Largo. The Primary Election is Aug. 23, 2022. If no Democrat, third party, or write-in candidate enters the race, the GOP Primary would be open to all voters. It’s likely a Democrat will join the race.

“I thank Chris for his support and for his principled leadership over the last seven years in the House. It is an honor to have his endorsement,” Berfield said in a statement.

Berfield is so far trailing Holloway in campaign contributions, with just over $8,000 banked so far. Holloway has raised nearly $47,000 in his official campaign and more than $11,000 through his political committee, Keep Florida Red 2022. Though, he entered the race in February, four months before Berfield.