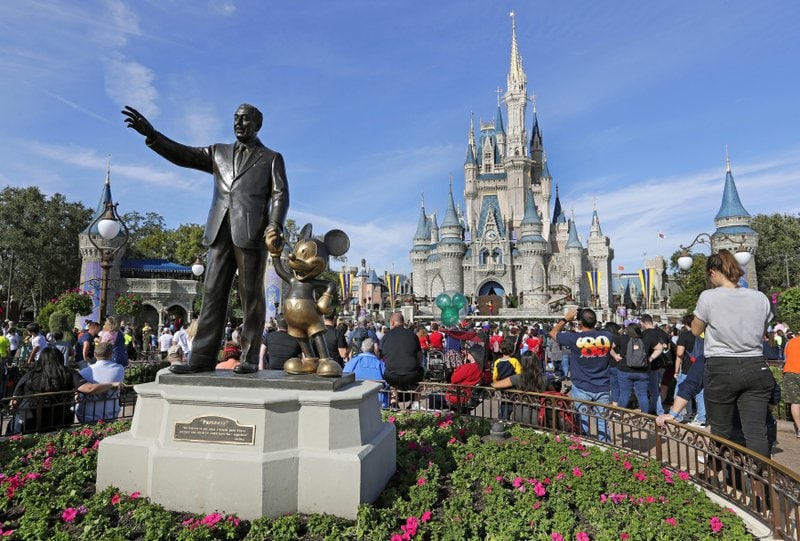 What is the value of the world’s most popular theme park?

Disney is arguing its property tax assessments are too high for the Magic Kingdom and the other three Orlando theme parks, its hotels and other facilities that make up the company’s sprawling Central Florida real estate portfolio, according to a dozen lawsuits Disney filed last month in Orange Circuit Court for the 2020 tax year.

For Disney, contesting the assessments, which the company calls “excessive,” has become an annual event since Disney started suing over them for the 2015 tax year in an attempt to lower its property taxes.

The property appraiser’s office assessed the 2020 value of the Magic Kingdom at $507 million, Epcot at $553 million, Hollywood Studios at $540 million, and Animal Kingdom at $437 million, according to the newest round of lawsuits. That led to property tax bills totaling $7.2 million for Epcot and $6.6 million for the Magic Kingdom, according to receipts Disney provided in court documents. Disney also paid $7 million and $5.7 million in property taxes for Hollywood Studios and Animal Kingdom in 2020.

When reached for comment Monday, new Orange County Property Appraiser Amy Mercado declined to comment on the Disney lawsuits. Mercado’s office has not been served yet, said Ana Torres, who is Mercado’s chief deputy property appraiser and serves as general counsel.

Disney isn’t the only theme park company challenging the 2020 assessments in court.

Last month SeaWorld sued over its three Orlando attractions after the property appraiser’s office assessed the value of SeaWorld Orlando theme park at $196 million, $49 million for the Aquatica Orlando water park, and $44 million for Discovery Cove.

Disney, SeaWorld and Universal argued the assessments were excessive and the appraiser did not follow professionally accepted appraisal practices, although none of the lawsuits provided further details on the allegations. All three companies declined to comment Monday when reached by Florida Politics.

In past years, then-Orange County Property Appraiser Rick Singh, who was first elected in 2012, clashed with the theme parks over what their properties should be valued at. In 2015, Singh even went on the offensive and took SeaWorld to court, suing after an independent board lowered the company’s taxable value by about $10 million.

Singh’s spokesperson had previously told the media Disney World was regularly undervalued by previous appraisers and Singh vowed to fight The Mouse in court. “We hold their feet to the fire,” Singh told the Orlando Sentinel in 2016. Meanwhile, a Disney spokeswoman argued the resort believed its property assessments were unreasonable and the company was doing what any Orange County property owner would do — which is to contest them in order to fix the errors.

Singh was a controversial politician who later faced whistleblower complaints and a Florida Department of Law Enforcement investigation over allegations of improper behavior while he was in office. Singh was not charged after the FDLE investigation, but he was ousted by voters in the 2020 election. Mercado, who was sworn in this year, is aware of the long legal battle between Disney and the previous property appraiser, Torres said.

nextSunburn — The morning read of what’s hot in Florida politics — 7.13.21