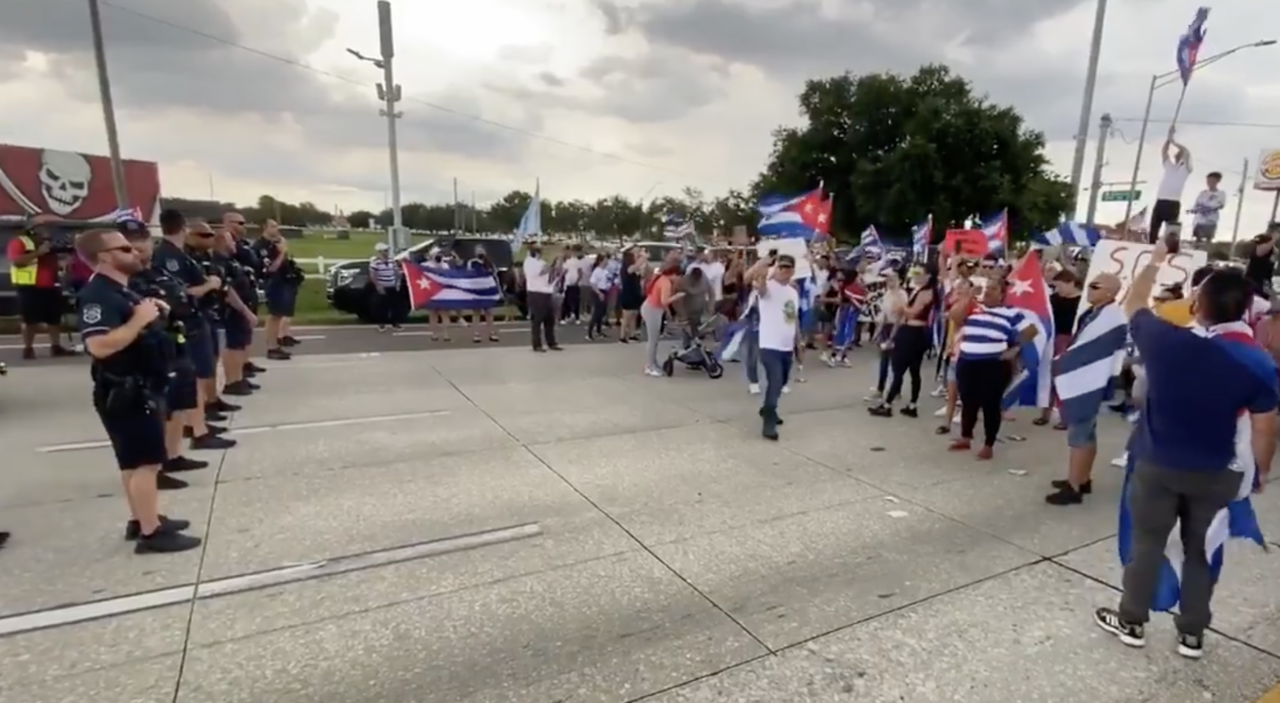 The pair were part of larger Tampa protests in support of the Cuban demonstrations.

The Hillsborough County Sheriff’s Office arrested two men Tuesday at Tampa rallies in support of Cuba’s anti-government protests — and a new law has taken away their chance at a quick release.

Police arrested Julian Rodriguez of Tampa and Maikel Vasquez-Pico of Riverview Tuesday on charges of battery on a law enforcement officer, resisting law enforcement and taking part in an unlawful assembly that blocked streets or sidewalks, according to arrest records. The pair were participants in Tampa’s protests against Cuba’s communist regime.

Now, the duo are being held without bond — allowable now as part of HB 1, legislation passed this past Legislative Session that sought to crack down on violent protests.

Gov. Ron DeSantis signed the bill into law back in April.

A priority of the GOP-controlled Legislature and DeSantis, the bill stiffens penalties against violent protest, including so-called “mob intimidation.” One provision of the new law prohibits bail for those arrested for unlawful assembly.

“You go to jail and stay in jail until you have your first appearance, and then the judge can determine whether you get your bond or not,” DeSantis said, touting the legislation during a Fox News appearance in April.

Both arrest records list “HB-1 PER ADMIN ORDER S2021-025” under the charge of unlawful assembly, and the two will be held until their first appearance in court.

Before the anti-riot law, the two men would have been able to post bail immediately based on a pre-set bond schedule.

Rodriguez and Vazquez-Pico face second-degree misdemeanor charges for obstructing walkways/traffic, a violation of Section 14-41 of Tampa’s code of ordinances. The pair were arrested Tuesday as part of the crowd of the protestors blocking traffic around Dale Mabry Highway and Interstate 275, according to their arrest records.

As police pushed the crowd to disperse around 6 p.m., Rodriguez and Vazquez-Pico had an aggressive encounter with officers, police said.