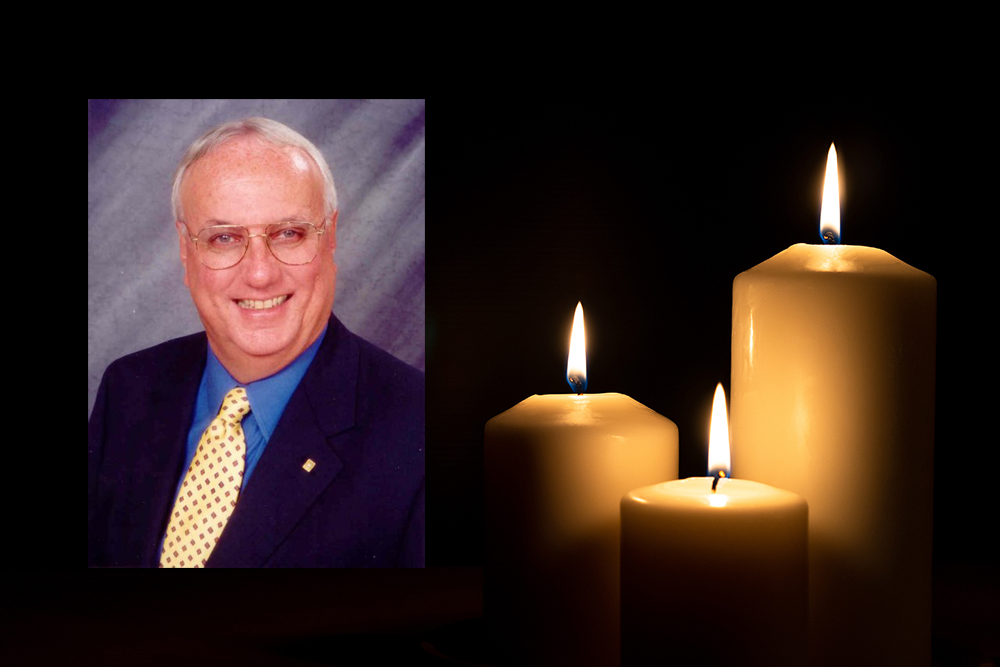 Dr. Rayburn left a huge footprint in the state’s public relations profession from top to bottom.

Jay Rayburn took his calling as a professor seriously, and some former students describe being intimidated the first week of his communications class at Florida State University.

They soon found themselves chuckling over his quips, then knocking on his door for career advice. Many went into public relations themselves, thanks to his influence. Their tributes have been pouring in this week, equal parts reflecting his impact on their lives and the sting of losing a mentor over decades.

Dr. Rayburn, who left a huge footprint in the state’s public relations profession from top to bottom, died July 12. He was 73.

“I was terrified of him that first class I took,” said Sandi Poreda, recalling her first public relations class at FSU more than 20 years ago. “But he just really wanted to make sure you were in it. He wanted you to want to succeed. And once you realize that, it was like a light switch was flipped.”

Dr. Rayburn later counseled Poreda as she founded her own PR firm, Bulldog Strategy Group, then recruited her to join him at FSU as an adjunct professor. “He supported me through every bit of it,” she said.

Dale Brill, who worked alongside him as an assistant professor at FSU, remembered Dr. Rayburn in a Facebook post as a “noble malcontent” who loved teaching and did his best to tolerate administrative dictates. Brill eulogized his former mentor as the “godfather of the state’s communications industry,” a lion in defense of his friends and a “force for good.”

Communications were art for him, a fusion of principles and instincts. Those principles include bromides like these, said Terrie Ard, another former student who now heads The Moore Agency:

“In a crisis, tell it all, tell it fast, tell the truth.”

“Busy is better than the alternative.”

A co-founder (with Karen B. Moore) of Beacon Research, Dr. Rayburn thrived on research and crisis management. If he represented politicians, he did so on bipartisan issues.

““He walked a fine line because he didn’t want to be known as left-leaning or right-leaning,” said Nanette Schimpf, Moore’s vice president and yet another former Rayburn pupil who has moved up the ranks in PR. “He was just a good person and a good practitioner.”

Jay D. Rayburn was born in Providence, Kentucky, and graduated from Providence High. He graduated from Murray State University in 1970 with a political science degree, then enlisted in the Army during the Vietnam War.

“But they didn’t send me there,” he later said. “Instead, I was sent to Germany to help guard nuclear missiles and help with the maintenance of them for the wing unit of the Belgian Air Force … so that if the Belgians had to use them, we could turn them over to them really easily.”

He earned a Ph.D. from FSU in 1975 and taught as an assistant professor at the University of Kentucky and the University of Miami. He joined the FSU faculty in 1985 and remained there for the next 35 years, retiring in December 2020.

Dr. Rayburn served as President of the Florida Public Relations Association in 1994, ushering in the digital age by launching an online bulletin board that would grow into the organization’s website. In 1996 he won the John W. Dillon Award, the FPRA’s highest honor. He would later name the recognition among his proudest moments, second only to marrying Rebecca Humphreys and raising their daughters, Jane and Katie.

Cheray Keyes-Shima, another FSU protégé who is now FPRA’s executive director, noted that Dr. Rayburn also guarded the standards of his field by serving on its Universal Accreditation Board, a standard he also helped modify into an online test.

Chad McLeod, a PR entrepreneur and a Lakeland City Commissioner, said priorities he learned from Dr. Rayburn made a lasting impression.

“He had such a command of the science behind public relations in the research part of it,” McLeod said. “And he could communicate that to leaders of organizations.”

If former students needed job recommendations, a deft touch in navigating a client’s crisis, or moral support, he was never further away than a phone call or a text.

“He was brilliant at what he did,” Poreda said. “But he was also unfailingly kind and personally invested in everyone around him, and not just in the short-term. If you had been a student, you were always connected to him.”

When influential and beloved figures die, people sometimes say it is a shame they did not hear such fulsome tributes while they were alive. That was not the case with Dr. Rayburn. Just last week, the FPRA cemented his legacy by setting up the Dr. Jay Rayburn, APR, CPRC, Scholarship Award. The scholarship, distributed by the Florida Public Relations Education Foundation, “will honor Jay’s legacy in perpetuity, ensuring that future generations of Florida’s finest public relations practitioners learn about his many contributions to our profession,” the FPRA said in a statement.

Dr. Rayburn is survived by his wife, Rebecca Humphreys Rayburn, and daughters Jane and Katie. A memorial service starts at 2 p.m. July 17 (doors open at 1:30 p.m.) at the FSU Champions Club at Doak Campbell Stadium.

nextGov. DeSantis on traffic-blocking demonstrators: 'We can't have that'