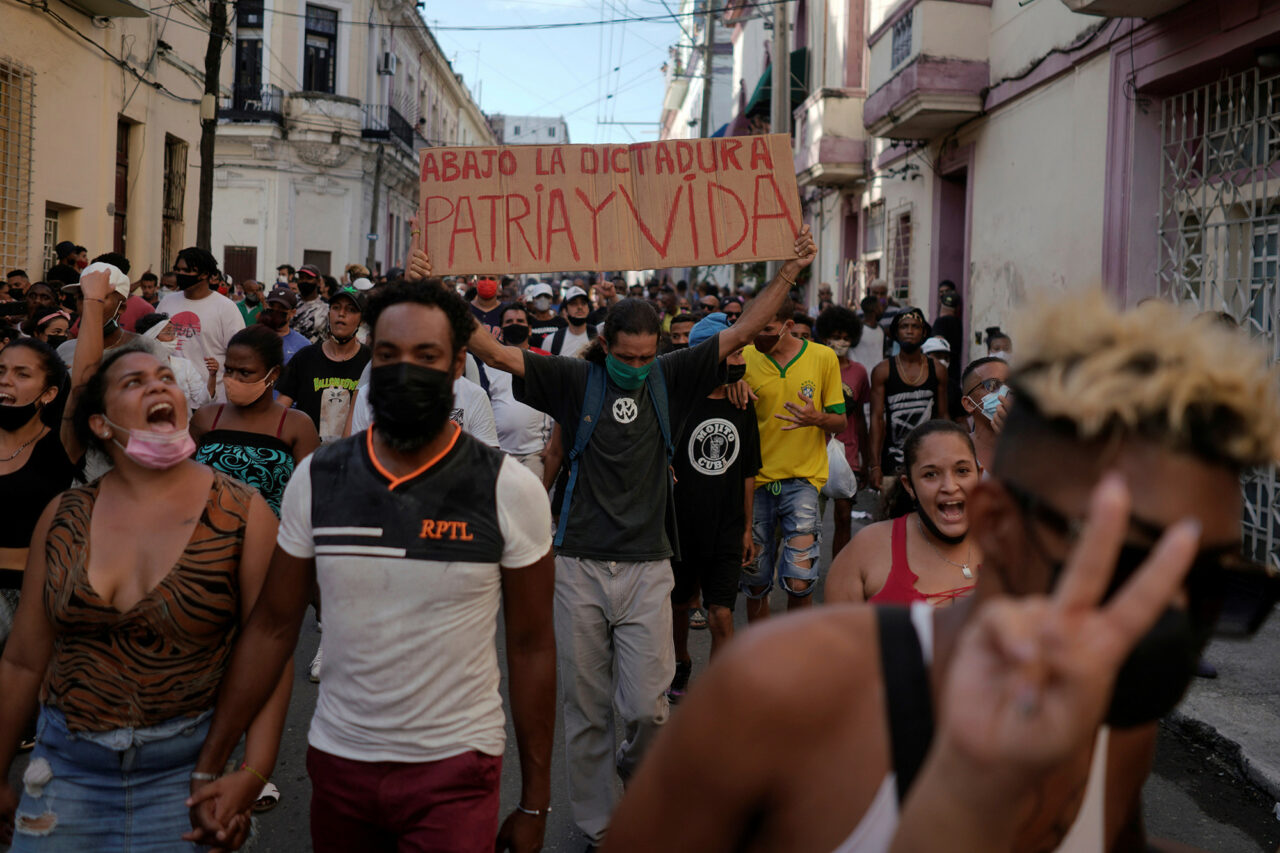 Cuban American members of Congress, federal officials and others have joined Gov. Ron DeSantis in calling for the United States to provide internet to Cubans protesting the island’s regime.

On Wednesday, DeSantis wrote President Joe Biden, asking to provide internet access to Cubans as they protest the communist dictatorship in the largest uprising on the island in decades. The next day, the Governor took that message to live TV during a news conference in Miami.

Cuban President Miguel Díaz-Canel shut off internet access in response to protests over the weekend. Restricting internet access has become a tried-and-true method of stifling dissent by authoritarian regimes worldwide.

“The one thing that communist regimes fear the most is the truth,” DeSantis said. “And if we’re able to help Cubans communicate with one another, also communicate to the outside world, that truth is going to matter; that truth will be decisive.”

“Mr. President, now’s the time to stand up and be counted,” DeSantis continued.

Like many Florida leaders, DeSantis has been directly engaging with the Cuban American community as they yearn for freedom for the island.

“One of the things I think we should be able to do with our private companies or with the United States is to provide some of that internet service via satellite,” DeSantis said at a roundtable Tuesday in Miami.

U.S. Sen. Marco Rubio, who is also Cuban American, likewise called on Biden to move forward with circumventing the cyber blockade by facilitating an open internet.

Internet access in Cuba has been expensive and relatively rare until recently. The country was “basically offline” until 2008, then gradually entered a digital revolution, said Ted Henken, a Latin America expert at Baruch College, City University of New York. He noted that the biggest change came in December 2018 when Cubans got access to mobile internet for the first time via data plans purchased from the state telecom monopoly. These days, more than half of all Cubans have internet access, Henken said.

Many Cubans now have real-time, anywhere-you-are access to the internet and the ability to share information among themselves, he added. Since early 2019, this access has facilitated regular, if smaller, events and protests on the island. In response, the government has periodically shut down access to social media, mostly to hide its repressive tactics from both citizens and foreigners, he said.

The most popular plan officials were touting is to use technology companies, in collaboration with the federal government, to raise balloons to provide internet access directly to people’s cellphones, free from state censorship. That tactic has previously been used in the Middle East.

The Federal Communications Commission would have to sign off on the plan. Speaking alongside the elected officials in Miami, Commissioner Brendan Carr, the senior Republican on the FCC, voiced support for a United States’ intervention to bring internet to Cuba.

“To tell you the truth, I don’t give a damn about that,” Carr said. “We have the capability to modernize that approach and not just send radio signals into Cuba but bring internet connectivity to Cuba.”

Salazar, who hosted the news conference at her Miami office, is the daughter of Cuban exiles while Giménez was born on the island.

Cubans have lost their fear of the dictatorship, Giménez said.

“In order for them to keep that loss of fear, they need to show the images. They need to communicate with the world and with themselves,” he continued.

For the Governor, the sooner the federal government acts, the better.

previousBarbara Sharief collects $185K in 2Q, with help of $130K in self-loans