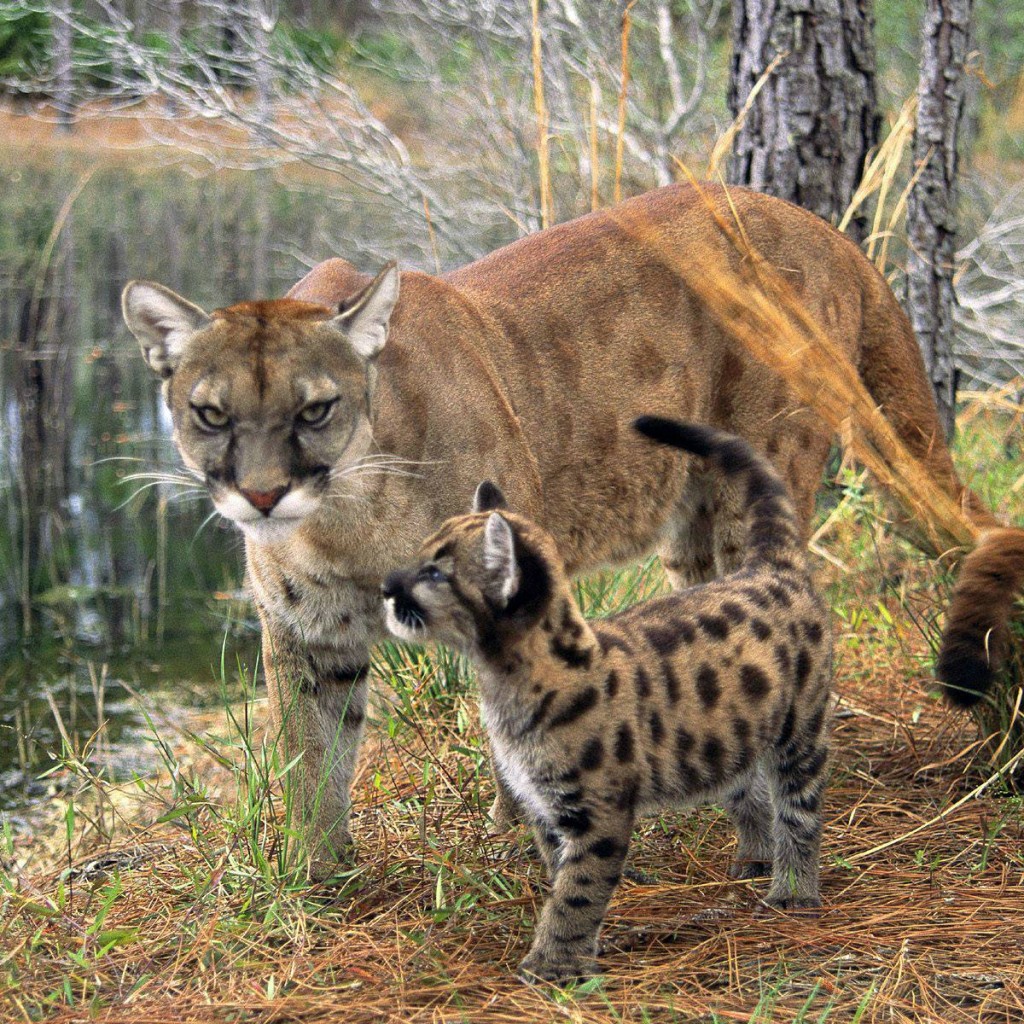 A National Geographic explorer was on hand to describe his trek through the protected land.

Florida is expanding protected land to encourage wildlife habitats and migratory routes and to aid the large network of watersheds throughout the state.

At a bill signing ceremony Monday, Gov. Ron DeSantis said the legislation will generate a host of ecosystem benefits including new water quality and quantity, outdoor recreation and habitat, and species protection.

“Land conservation is an essential tool for environmental protection and the Florida Wildlife Corridor Act will further our already successful efforts,” DeSantis said.

The Florida Wildlife Corridor — a conservation effort decades in the making — is a matrix of protected lands that connects core wildlife preservations throughout the state. It encompasses nearly 18 million acres of land, 10 million of which are conservation lands, stretching from the Everglades in South Florida all the way north to the Okefenokee swamp and northwest to the tip of the Florida panhandle.

Much of the Florida Wildlife Corridor is protected through voluntary conservation easement agreements with private landowners, including working agricultural lands.

The state’s fiscal year 2021-2022 budget allocates $100 million in recurring revenue to Florida Forever, a state program that supports the wildlife corridor and other conservation and recreation land acquisitions. This year another $300 million — using federal coronavirus relief funds from the American Rescue Plan — was allocated to the DEP for additional land acquisitions and conservation easements.

DeSantis said the money will “provide Florida with the opportunity to increase progress toward protecting our lands for future generations.”

Carlton Ward, a conservation photographer and eighth generation Floridian whose photos have appeared in National Geographic magazine, has been working for more than a decade to secure wildlife habitats in the corridor.

Ward spoke at the bill signing, describing a 100-day, 1,000-mile expedition he took spanning the length of the corridor to prove the connected corridor still exists.

“This is a Western scale conservation opportunity hidden here in the eastern United States,” Ward said speaking at the bill signing ceremony.

Ward has completed two National Geographic-supported expeditions through the corridor and published much of his experience on those expeditions in books and films.

“I learned so much from that journey. (At) one point, was that 50 days in, we were still in the Everglades watershed. We hiked, paddled and trekked for 50 days without hardly leaving the Everglade’s watershed,” Ward said.

Ward said the investment will add up to 100,000 acres of land to the corridor this year.

The new law also authorizes a multi-agency study to be completed by the end of the year, to figure out what is damaging the Little Wekiva, a Central Florida waterway.

In the past couple of years, sediments have filled a stretch of the river north of State Road 434, not far from where the Florida Department of Transportation is overseeing the $2.3 billion, six-year overhaul of Interstate 4 through greater Orlando. The river has stopped flowing freely in some places and has flooded out to create new channels in others.

While the new law was signed June 29, the ceremony to celebrate the passage of the bill was delayed due to the partial collapse of a condo building in Surfside, DeSantis said.