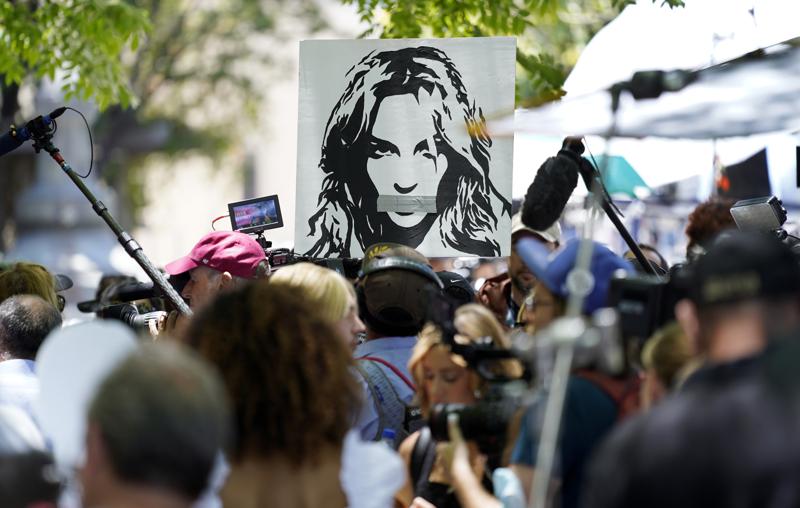 The St. Petersburg Democrat on Tuesday introduced legislation that could give Britney Spears more control of her life. It’s part of a package reforming a conservatorship system Spears says has taken a piece of her and which has more broadly allowed abuses exposed across the country

“Abusive conservatorships can be an unending nightmare, and tragically we don’t know how many people are being held captive against their will under the broken guardianship system,” Crist said.

“We do know, however, that we need federal safeguards to protect persons under guardianship from abuse and exploitation. That’s why I was proud to join Rep. Mace in introducing legislation that would give persons under guardianship an escape hatch out of abusive guardianships, a caseworker to monitor for signs of abuse and advise them of their rights, and increased transparency because sunshine is the best disinfectant. Under the FREE Act, we would Free Britney along with the countless number of seniors and persons with disabilities being abused and exploited by the broken system.”

He introduced the Freedom and Right to Emancipate from Exploitation (FREE) Act with U.S. Rep. Nancy Mace, a South Carolina Republican. The two said the reforms will help countless Americans who can fall prey to bad actors within the system. And the two are taking advantage of some publicity around the pop star’s legal troubles to spotlight broader issues within the system.

“Conservatorships undoubtedly protect countless vulnerable Americans from abuse, but the case of Britney Spears reveals a darker side to a system meant to protect people. In some cases, conservatorships can rob capable and innocent Americans of their money, careers, and even basic human rights, like the right to reproduce in Spears case,” Mace said.

“To see a woman like Britney Spears have her most basic human rights permanently stripped away from her under the guise of ‘protection’ should be illegal. Our bipartisan bill will do more than #FreeBritney, it will give anyone in a conservatorship the right to petition the court for a public guardian with absolutely no conflicts of interest, financial or otherwise. This is a solid first step toward conservatorship reform. I want to thank Ms. Spears for her courage in coming forward.”

The representatives participated in a news conference Tuesday with Rick Black of the Center for Estate Administration Reform and Cassandra Dumas from Free Britney America.

Spears’ current financial situation — her father, Jamie Spears, makes all financial decisions for her, but she has gone to court to challenge that — has created a circus around the issue, likely drawing greater attention to the subject than any expose on the defrauding of senior citizens.

The bill would give individuals the right to petition the court to have a private conservator replaced with a public guardian responsible to the state, regardless of whether there was verified abuse. Any private guardians and conservators would also be assigned to an independent caseworker to provide oversight to prevent potential abuse. Transparency measures would require conservators to disclose their finances and require states to provide annual reports to the federal government on the state of conservatorship in their jurisdiction each year.

Crist isn’t the first delegation member to wade into the debate on whether Spears’ conservatorship turned toxic.

As far back as March, well before his appreciation for teeny-bopper fare became well known, Gaetz said Spears’ situation should sound alarms over potential abuse in the system. He called for Congressional hearings at the time.

“If the conservatorship process can rip the agency from a woman who was in the prime of her life and one of the most powerful pop stars in the world, imagine what it can do to people who are less powerful and have less of a voice,” Gaetz said. “I’ve heard the story of those people in Florida, and I am concerned about access to due process.”