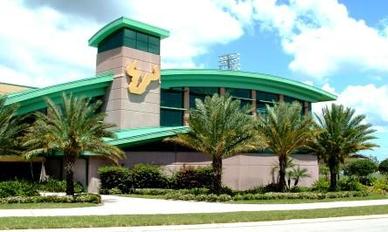 The alumna was involved in two prior presidential searched for the school and one at Stetson University.

Will Weatherford, chair of the University of South Florida Board of Trustees, wants Rhea Law as the school’s interim president.

“USF is always moving forward. That is why I am recommending an interim president who can inspire confidence while listening to and advocating for our students, faculty, staff and community; who has the leadership skills to help us pragmatically move forward on key issues; who respects the critical role of our faculty; who understands and can help advance our strong research enterprise and clinical expertise, and who has the relationships across our region and our state to garner even more support for USF,” Weatherford said in a message to the USF community.

Law has previously served as chair of the university’s trustee board. She’s also an alumna of the university, earning a degree in management before going to Stetson Law School for her law degree.

“I am humbled by Chair Weatherford’s recommendation. I care deeply about the University of South Florida and can credit much of my own personal and professional success to the impact USF has had on my life,” Law said. “I am honored to help play a part in USF’s next chapter and thank President Currall for his leadership during the past two years.”

Weatherford, a former Florida Speaker of the House, praised Law’s background and said she has a set of skills and background well suited for leading the school through its next leadership transition.

“Rhea’s deep ties within our community and her stellar leadership abilities will help us continue our momentum while we find the next great leader for our university,” Weatherford wrote.

Notably, Law chaired Stetson’s Board of Overseers during a search for a dean for its law school and a president of the private university. She said she will not seek an appointment as USF president on a permanent basis. She also served on search committees at USF the last two times it sought a president.

“Following her confirmation, Rhea will begin a series of listening sessions with faculty, staff and students across our three campuses. Your voice is critically important, and I encourage you to actively participate.,” Weatherford wrote.”

Trustees will meet Aug. 2 to vote on Weatherford’s recommendation.