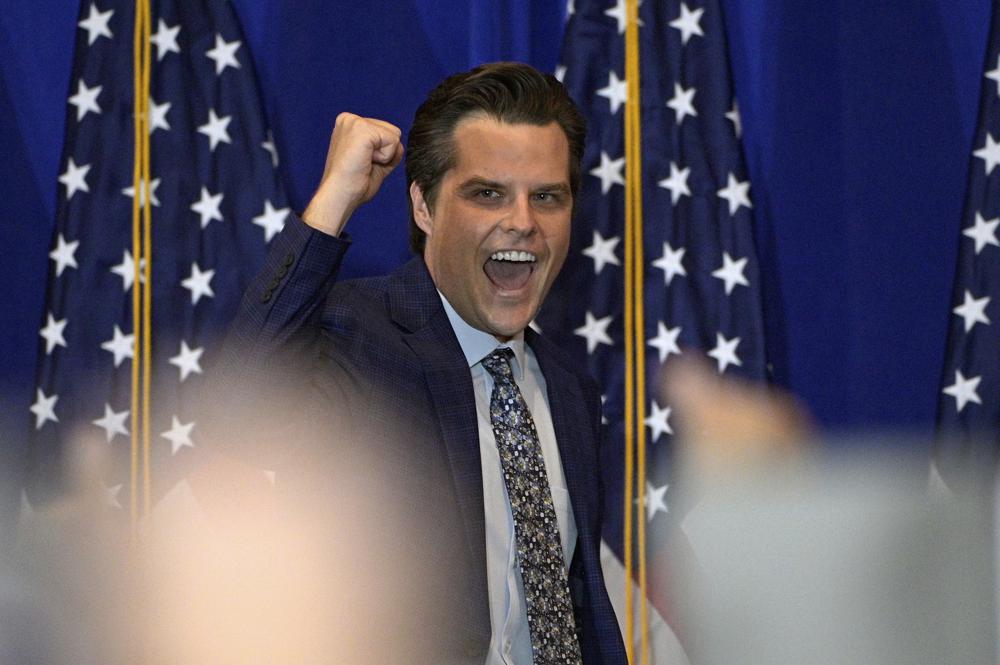 Complaints about poor prison conditions. Demands for police to release bodycam footage. Anger suspected terrorists have yet to receive due process.

If this sounds like a list of complaints from left-wing criminal justice activists, think again. U.S. Rep. Matt Gaetz and three other GOP House members outlined these concerns in a letter to the Justice Department demanding better treatment of suspected insurrectionists who stormed the Capitol on Jan. 6.

Gaetz, a Panhandle Republican, on Tuesday will participate in a press conference with U.S. Reps. Louie Gohmert of Texas, Paul Gosar of Arizona and Marjorie Taylor Greene of Georgia.

The members of Congress, all of whom voted against certifying President Joe Biden’s electoral victory over Donald Trump, demanded an in-person meeting with Attorney General Merrick Garland explaining alleged mistreatment of the Trump supporters arrested in the wake of the riot.

“The Department of Justice (DOJ) reports that 535 people have been arrested arising out of events on January 6th at the U.S. Capitol Building,” the letter reads. “We are seven months into these matters and answers are not forthcoming.”

Gaetz pressuring the Justice Department on anything now will surely draw criticism as he remains under federal investigation for allegedly sex trafficking a minor and a number of connected matters. The sudden defense of protesters also seems a significant change in strategy from the day of the attack on the Capitol. Then, he blamed the riots on secret antifa provocateurs and anti-police rhetoric from liberals.

“I sure am glad that at least for one day, I didn’t hear my Democrat colleagues calling to defund the police,” he said on the House floor before casting multiple votes to overturn a democratic process.

But since then, he has criticized law enforcement quite a bit, even insinuating the FBI played a role in the Jan. 6 riot.

The letter from representatives suggests the Capitol Police willfully did not protect the Capitol or warn Congress of the threat posed by the rioters, whom several pro-Trump members of Congress encouraged to come to protest the certification of the Electoral College vote.

“We would also like to discuss why we were not warned that ‘armed extremists were planning mayhem’ on January 6th?” the letter reads. “Ms. [Yogananda] Pittman [acting chief of the Capitol Police] testified on February 25th this year that her office was notified in advance that “armed extremists” were targeting the peaceful rally, and potentially targeting us, as members of Congress. Yet we received no notice of this threat. We look forward to seeing you on Tuesday and talking with you about these critical issues.”

All of the members who signed onto the letter have made controversial remarks about the insurrection in the months since it occurred. Greene has said the accused rioters were abused and demanded a release of 14,000 hours of raw surveillance footage of the events that day. Gosar has described rioters, who beat and cursed at police guarding the Capitol in a riot that resulted in five deaths, as “peaceful protesters.” Gohmert has described the arrested as “political prisoners.”