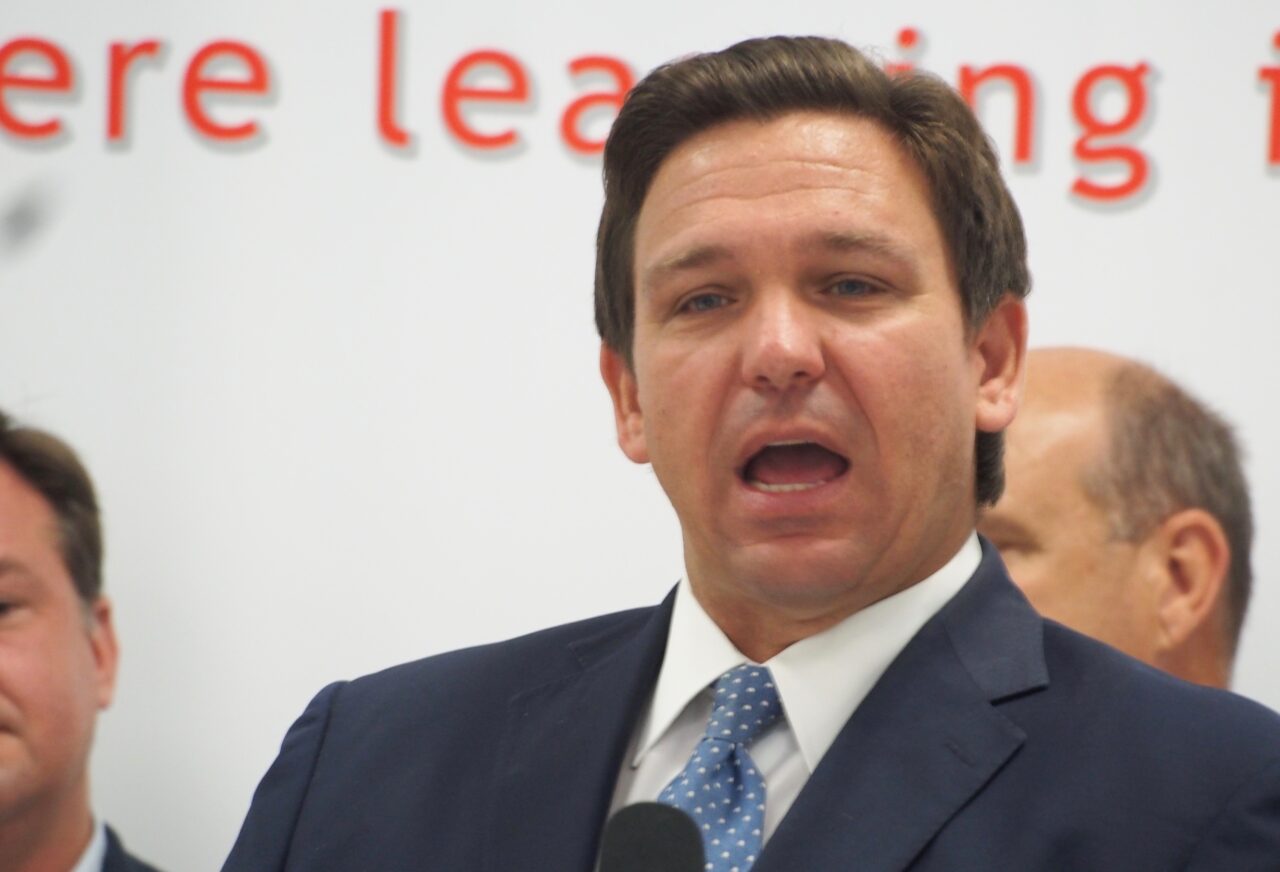 DeSantis has fundraised off the trans sports ban before.

The “Fight wokeness” email, sent Monday, bemoans the participation of transgender athletes in the Olympics before celebrating the ban legislation he signed in June.

“The Olympics has traditionally been the epitome of tough, fair competition. Yet, in this age of wokeness, the Summer Olympics in Tokyo has embraced an uneven playing field for women’s athletics,” the email from Friends of Ron DeSantis asserts. “It is entirely unfair to force women athletes to compete against men. What is the point of competition when one side is given a significant unfair advantage?”

The email continues, discussing the Fairness in Women’s Sports Act: “This bill protects female athletes in Florida and guarantees the opportunity for a level playing field where women can demonstrate their skill. Sports can teach many valuable lessons, but with Democrats trying to destroy fair competition in female athletics, women gaining that valued experience is at risk.”

From there, the text moves back to the Olympiad: “As we root for Team USA this summer, we must demand fairness and competitiveness in women’s sports!”

DeSantis’ political operation has relished fundraising off the competition ban. It took roughly a day after signing the bill for the first in an apparent series of solicitations.

Similarly, two-fisted rhetoric filled out the body of the email.

“Gov. DeSantis is doing what is right and has continued to prove that he won’t be cowed by corporate and media pressure. Yet again, Gov. DeSantis has established he will hold the line. He will NEVER allow woke corporations to dictate the policies in Florida — not now, not ever,” asserted the appeal for funds.

DeSantis kicked off Pride Month by signing the bill in Jacksonville at a Christian school on the Westside of town.

The fundraising appeals are working, and not just with in-state donors. Almost half of DeSantis’ donations come from out of state. The Governor’s political committee has at least $44 million cash on hand. and has raised at least $36.7 million this year.

nextAs Jan. 6 probe begins, Dem vows: ‘We have to get it right’