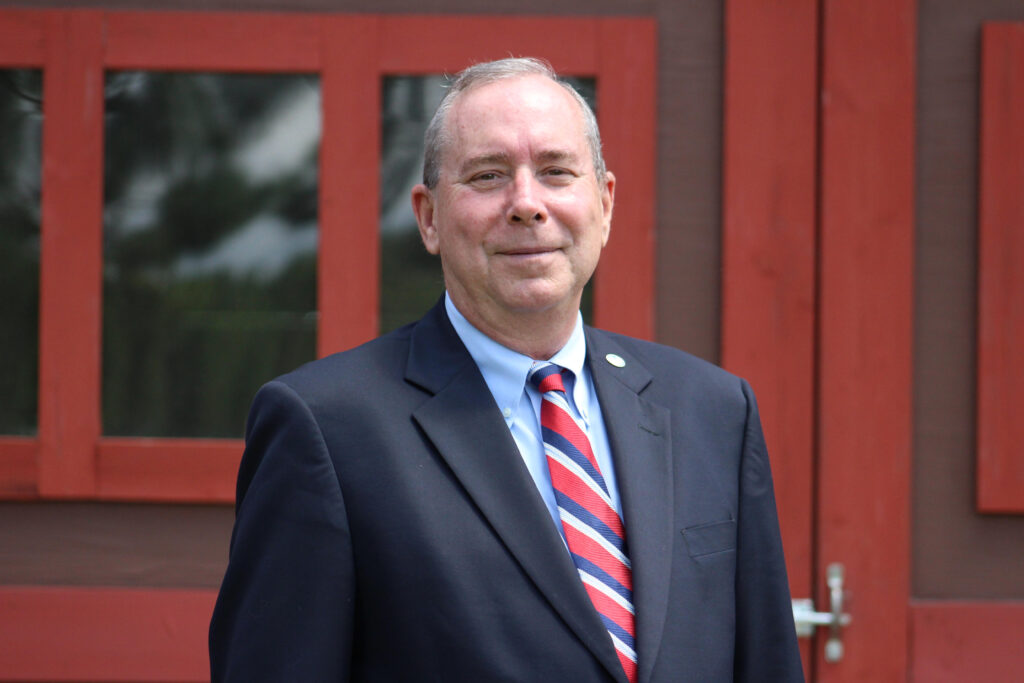 One of his first big tasks will be taming a tumultuous city council that's been without a tiebreaking vote since May.

Palm Coast has a new mayor: Republican David Alfin, a commercial Realtor who ran on a platform of public safety, infrastructure improvement, and providing residential homeowners with tax relief.

Alfin secured his win Tuesday night with over 36% of the vote, more than half of which came from vote-by-mail ballots. In total, 6,891 of 18,980 Palm Coast voters picked him in the six-way, winner-take-all race.

Alan Lowe, the first runner-up, got about 27% of the vote. Lowe was a quirky candidate who hadn’t even registered to vote until last year, when he also unsuccessfully ran for the city mayoralty.

Cornelia Manfre got 24% of the vote. Doug Courtney earned just short of 10%. Kathy Austrino was just shy of 3%. Carol Bacha got about 1%.

The city has been without an acting mayor since May 18, when former Mayor Melissa Holland resigned six months into her second term. She said she wanted to spend more time with her daughter, who has dealt with health issues for several years.

Her abrupt departure left the five-seat commission without a key tiebreaker.

Alfin, 68, is a past president of the Flagler County Education Foundation. He moved to Palm Coast about 10 years ago from the mid-Hudson Valley area of New York state, but he grew up in St. Petersburg, according to a July 6 interview he gave to the Palm Coast Observer.

He is the father of FBI Special Agent Daniel Alfin, who with Special Agent Laura Schwartzberger was killed in the line of duty while attempting to serve a warrant in Broward County Feb. 2.

Alfin was a first-time candidate when he filed to run for mayor. He will join a tumultuous council that couldn’t agree on naming the city’s vice mayor, according to the Daytona Beach News-Journal.

He’ll need to tackle even taller tasks in the coming months, including hiring a new city manager and setting a property tax rate for the next fiscal year. To do that, he told the News-Journal, he plans to employ what he calls his “three Cs.”

“Working toward collaboration in order to form consensus among the City Council,” he said, “in an effort to regain the confidence of my community.”

previousSunburn — The morning read of what’s hot in Florida politics — 7.28.21