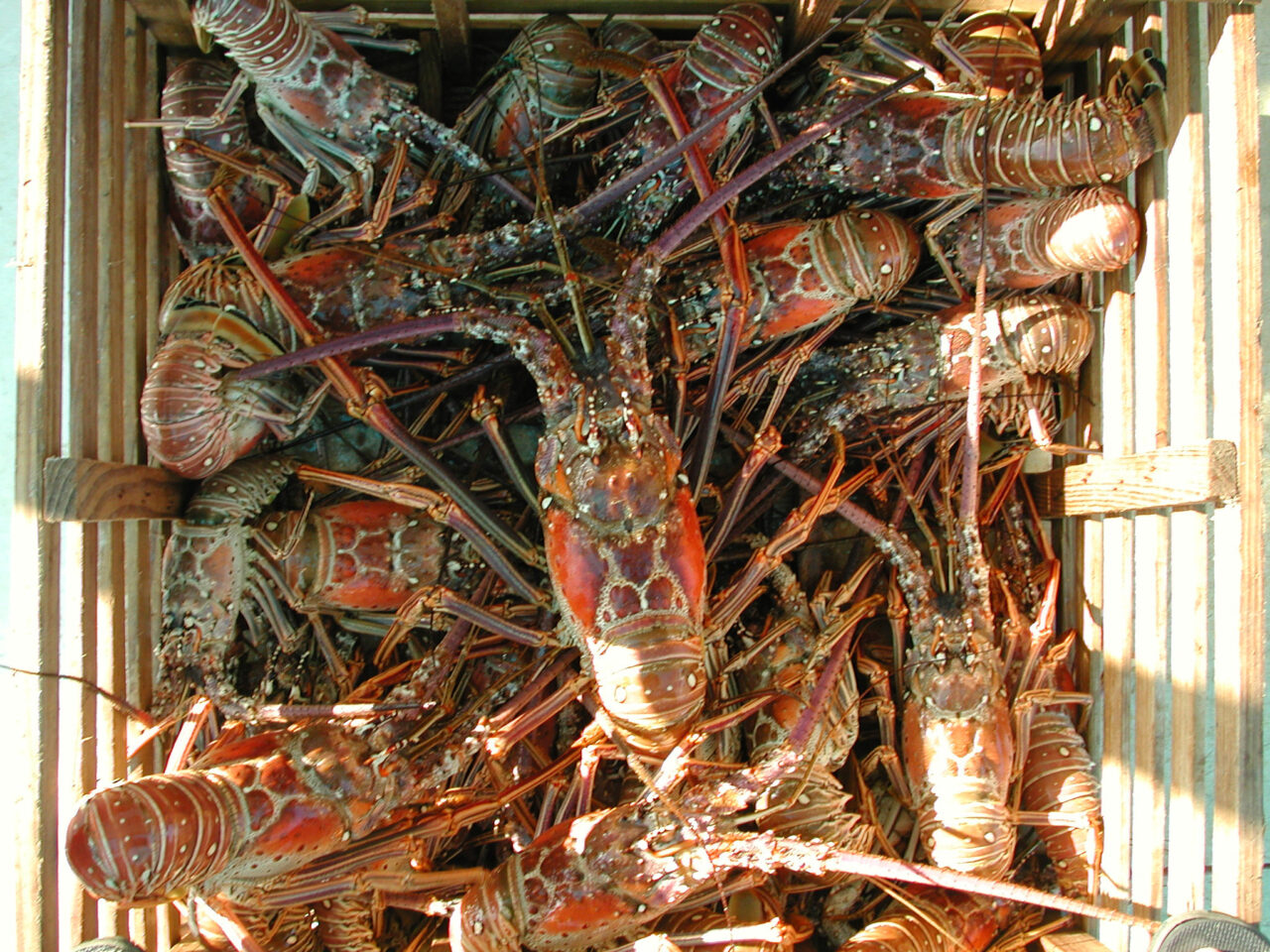 But scientists have a plan to rehab the social bottom-dwellers.

Annual harvests for the Caribbean spiny lobster commercial fishery in Florida average more than 5 million pounds per year, according to Florida Fish and Wildlife Conservation Commission.

Valued at more than $40 million, the spiny lobster fishery is the second most lucrative commercial fishery in the state, behind shrimp.

But that revenue stream could dwindle if the spiny lobster population keeps dwindling as well. Since the 1990s, the population of the Caribbean spiny lobster has decreased 20%, which matters — not only to fisheries and spiny lobsters — but also to the entire food chain of Florida’s waters.

“They’re a main food item for every other organism in the Florida Keys. Everything wants to eat little lobsters from snapper, grouper — even some herons. So, they are incredibly important to the environment, not just as a fishery species,” explained Thomas Matthews, a research administrator with the Fish and Wildlife Research Institute (FWRI), who has been studying spiny lobsters for 32 years.

Caribbean spiny lobsters, named for the forward-pointing spines that cover their bodies to help protect them from predators, are the most common lobster species in the world.

The bottom-dwellers can be found from Brazil to Bermuda and are the dominant lobster fished in the Caribbean, typically harvested for their tail meat since they lack the large front claws of the American lobster — and the temperament.

Matthews said while the American lobster is a “mean, nasty animal” not afraid to “fight to the death,” the Caribbean spiny lobsters are just the opposite.

“They love to be in groups. They defend each other, and they are very social animals. That’s what really defines the difference,” Matthews said.

Spiny lobsters are also known to have a “built-in GPS,” memorizing every cranny and crevice of the coral reefs they live in.

“They know every inch of their environments,” Matthews said. “We’ve done tagging studies that during the reproductive season, a female lobster has walked 12 miles released her eggs, and six days later, she was back in the very same den.”

While gathering in groups underwater, the social animals share information, such as reproductive readiness or molting status, in various ways.

“There are a number of clicks in words that we can’t hear, and they communicate that way, but their biggest mechanism of communication is chemical,” Matthews explained.

“And that means they pee on each other,” Matthews added.

But attendance to their underwater powwows is dwindling, and scientists don’t have a definitive answer as to why.

One possibility is that climate change could be creating an environment unsuitable for spiny lobsters. Matthews pointed to the eutrophication of Florida’s waters, which happens when nutrients are in excess. He said fertilizer runoff from agriculture and residential sources pollutes waterways. Eutrophication can cause blue-green algae blooms, which can kill fish and other species.

“We have toxic algae blooms every few years that kill a lot of lobsters,” Matthews said.

Another culprit could be overfishing. The Caribbean spiny lobster is heavily fished throughout its range. Matthews estimates Florida fisheries harvest 85% of the legal-size spiny lobsters each year, cutting their possible life span of 20 years down to 18 months.

Without being able to directly link the population decline to any one cause, scientists at FWRI can only try to mitigate the loss.

To start, Matthews is working with fisheries to make the lobster traps more efficient. About 1.5 million spiny lobsters die because of lost traps and other fishing practices. Matthews said reducing that mortality rate will more than make up for the losses.

The vision, Matthews said, is to have private aquaculture companies raise spiny lobster larvae and require the companies to release a certain percentage of the spiny lobsters back into the wild once they are a suitable size.

As Matthews put it: “They really are one population. It is exactly the same lobster people are catching in Bermuda and northern Brazil as it is here.”

The regular spiny lobster season kicks off in Florida on Aug. 6 and runs through March 31.

The daily bag limit is 6 spiny lobsters per person, and each lobster’s carapace must measure at least 3 inches.

previousSunburn — The morning read of what’s hot in Florida politics — 7.30.21

nextCharlie Crist adds 4 lawmakers to his list of endorsers