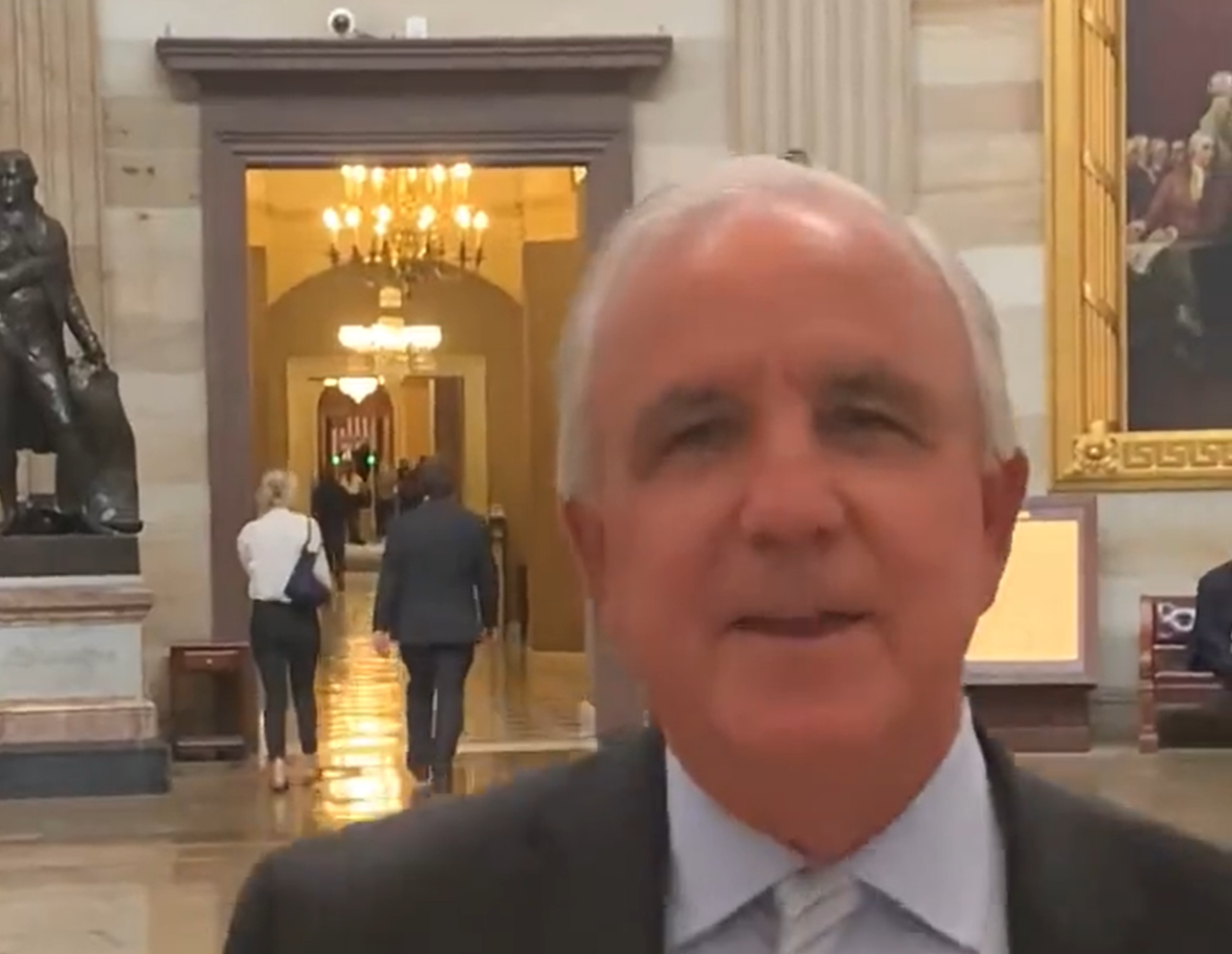 Republican U.S. Rep. Carlos Giménez of South Florida mocked the resumption of a mask mandate in the House of Representatives this week in a video posted to his official Twitter account.

In the video, the former Miami-Dade Mayor and Miami City Manager crosses the rotunda between the House and Senate chambers in the U.S. Capitol.

After looking up to confirm he’s walked far enough to be closer to the Senate Chamber than the House Chamber, he removes his mask, approaches the camera, smiles and says, “Yeah, that’s right. Over there, I have to wear a mask. Over here, I don’t have to wear a mask. That’s the craziness of Washington.”

According to Pelosi’s whacky science, I can take my mask off only when I cross this arbitrary line. This is the craziness in Washington. pic.twitter.com/FprKFKdfWm

The video, which had over 400 views more than an hour after he posted it, came with the caption: “According to Pelosi’s whacky science, I can take my mask off only when I cross this arbitrary line. This is the craziness in Washington.”

Giménez’s mention of House Speaker Nancy Pelosi will surely stir up the GOP base, which needs little motivation to heap vitriol on her and Senate Majority Leader Chuck Schumer, among other Democratic notables.

On the recommendation of Dr. Brian Monahan, she again mandated masks be worn in the House Chamber starting Wednesday, reversing a June 12 change that made masks optional for vaccinated lawmakers and staff. He cited the spread of the delta variant of COVID-19 as a reason, noting that it “represents a dire health risk to unvaccinated individuals and is not without some risk to the vaccinated individuals or their unvaccinated household contacts.”

Monahan recommended to Senate leaders that the same be done in their chamber but did not suggest a mask mandate, as the Senate is a much smaller legislative body, and most Senators are vaccinated.

House aides and visitors who don’t wear a mask will face arrest, according to Capitol Police Chief Thomas Manger, who ordered his officer corps Wednesday to enforce the new mask guidelines on the House side of the Capitol and in all House offices.

That strict enforcement won’t extend to House members. Instead, Manger told his officers to report uncooperative lawmakers to their supervisors, who will report the matter to the House sergeant at arms.

Of course, Giménez is hardly the only Republican criticizing the rule.

Rep. Nancy Mace of South Carolina posted a video on Twitter of herself walking outside the House Chamber without a mask, explaining, “I follow science — not Pelosi. Come and get me.”

Calling Pelosi “a tyrant and a disgrace to the PEOPLE’s House,” Rep. Roger Williams said on Twitter, “Nancy Pelosi just appointed herself dictator of the House of Representatives.”

Rep. Scott Perry of Pennsylvania’s sentiments were similar: “This is tyranny,” he said at a Thursday news conference held by members of the conservative Freedom Caucus.

House Minority Leader Kevin McCarthy said the mask mandate is “not a decision based on science.”

Pelosi’s response when she heard McCarthy’s comments: “He’s such a moron.”

nextSunburn — The morning read of what’s hot in Florida politics — 7.30.21