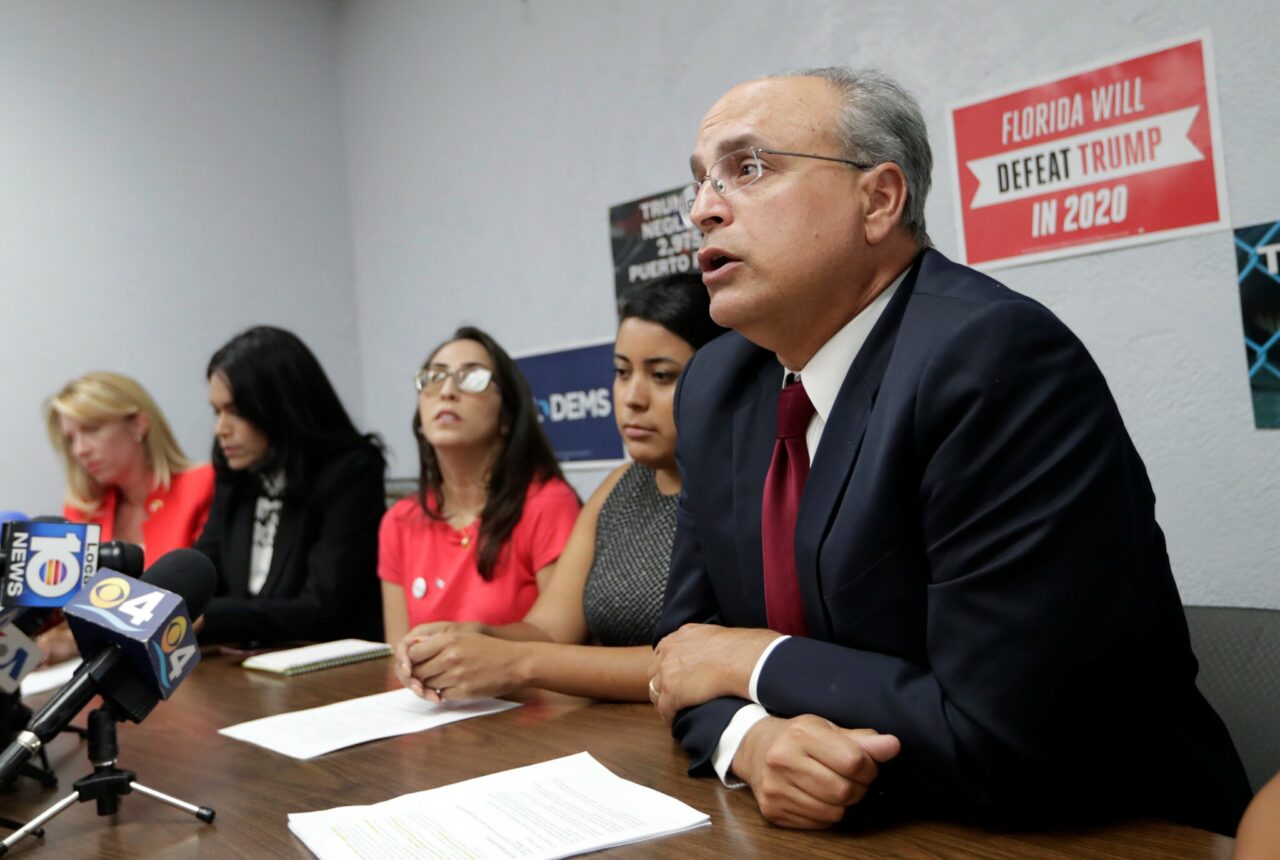 If the Senate confirms him, he'll be the second consecutive Cuban American from Miami to serve as U.S. Ambassador to the Organization of American States.

As cries for bolder action on unrest in Cuba grow louder ahead of a planned meeting between President Joe Biden and Cuban American activists, a new diplomatic figurehead arose to steer relations with the island nation, Latin America and the Caribbean.

Biden announced Thursday that he would nominate Frank Mora as the U.S. Ambassador to the Organization of American States. The role is a pivotal one, representing the nation and promoting democracy, peace, security and human rights before 34 North, South and Central American countries.

Mora is a politics and international relations professor at Florida International University, where he once led the Kimberly Green Latin American and Caribbean Center. He previously served as deputy assistant secretary of defense for the Western Hemisphere under President Barack Obama.

He speaks English, Spanish and Portuguese, holds a Ph.D. in international affairs and a master’s degree in inter-American studies from the University of Miami. In 2012, he received the Office of the Secretary of Defense Medal for Exceptional Public Service.

In addition to being a prior consultant to the OAS, Mora has also consulted the Library of Congress, Institute for National Security Studies, National Democratic Institute, U.S. State Department and U.S. Southern Command in Doral.

Trujillo, nominated by former President Donald Trump, served as OAS Ambassador from his March 2018 confirmation to when Trump left office this year. Florida Gov. Ron DeSantis in March appointed Trujillo to the FIU Board of Trustees. In May, Trujillo launched the nonprofit Democracy Now to focus on new political boundaries in Florida.

While serving at the OAS, Trujillo described the role as “promoting democracy and protecting human rights,” which he said go hand in hand.

“When you see a complete deterioration of democracy, the one thing that (follows), if not (leads), is the violation of human rights,” he told Miami Today in October 2018, noting examples like Nicaragua, Venezuela and Cuba. “As you start to chip away at democratic institutions, as the judiciary is no longer independent, as the electoral system is no longer reliable and people don’t have any confidence in it, it leads to more of a totalitarian government.”

The unfilled OAS Ambassador position has been a sticking point for some Biden critics like Sen. Marco Rubio, who claimed it was evidence that when it comes to international human rights issues like those in Cuba and Haiti, the President has postured more that he has acted.

“The Biden administration’s been bragging about how diplomacy’s back,” Rubio said in an interview released Wednesday. “We should have been at the OAS already convening the countries in the hemisphere to condemn and isolate the (Cuban) regime for their actions and to ask for the (OAS’s) Inter-American Human Rights Commission to go into Cuba and investigate and document these cases of abuse.”

Rubio has already opposed the nomination because of Mora’s past support of Obama’s efforts to normalize relations with Cuba. Other Republican South Florida delegates are following suit.

In a January 2015 Twitter post, Mora wrote of the effort, “Never an expectation from POTUS that Havana would stop repression. Quite the opposite, reflection of regime insecurity”.

He told WLRN the same month that Obama’s policy was “not about expecting that Raúl Castro will become the next Jefferson of Cuba or even the Gorbachev of Cuba,” only that mending ties between the two nations would, “in spite of the Cuban government, (create) conditions that will facilitate or ease a transition toward a more open and free society.”

Late Thursday, Rubio called Mora “an outspoken supporter of engagement with the regime in Cuba.” More’s nomination, he said, “is yet another slap in the face to Cubans demanding freedom.”

U.S. Rep. Carlos Giménez concurred Friday, describing the nomination as “another example of (Biden) giving the communist regime in Cuba a pass” and calling Mora “part of the anti-embargo, pro-dictator revolving door created by Obama and Biden.”

Sentiments were, as expected, markedly different on the opposite side of the political aisle.

Former U.S. Rep. Debbie Mucarsel-Powell, whom Giménez unseated in November, also took to social media to praise the impending nom. “With this critical appointment, the Biden Administration is sending a clear message that Latin America & the Caribbean area a priority,” she wrote, adding that Mora “will be a strong voice for the U.S. with member countries of the OAS.”