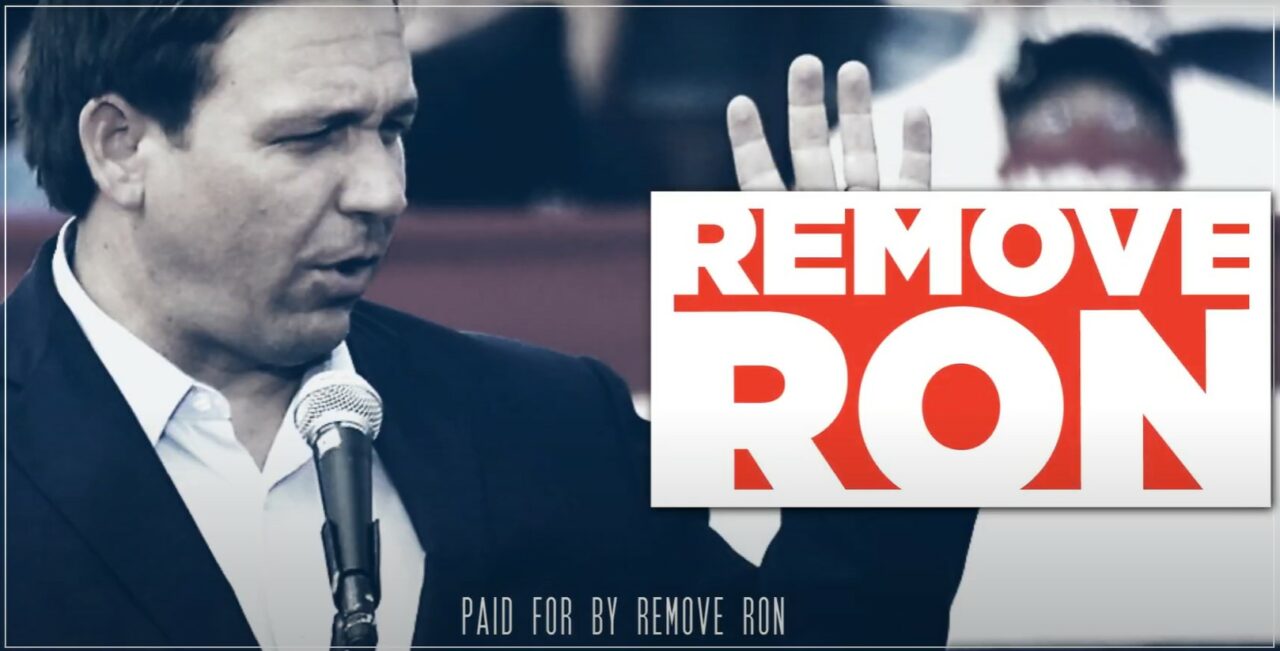 Sunday through Friday last week, the latest dates for which data is available, DeSantis raised more than $387,000. Overall, Friends of Ron DeSantis has raised $88.6 million, nearly half of which is from out of state.

“Today’s latest fundraising figures serve as a testament to the grassroots power of our campaign,” Uhlfelder said in a statement. “We might not have the millions of toxic money that Ron DeSantis is taking from special interests like Wall Street bankers, big oil, tobacco and sugar, but what we do have is strength in numbers of real people who want change at the Governor’s Mansion in Florida.”

Remove Ron’s haul comes from more than 10,000 donations. That’s more than the number of contributions Friends of Ron DeSantis received through June.

However, DeSantis’ committee received funds from more than 16,000 contributions in July.

“The fact is, Ron DeSantis has failed Floridians, and real people, by the thousands, have stepped up to join our coalition to send him packing in 2022,” Uhlfelder said. “We look forward to continuing to expand our efforts in the months ahead.”

On Wednesday, Remove Ron unveiled its latest ad, “We Warned You,” framed as a message to President Donald Trump telling him that “Ron’s coming for you” and stealing his supporters, merchandise and donors.

That followed another ad, “Loser,” which similarly addressed the former President as it linked Trump’s endorsement of DeSantis in 2018 to his national rise to prominence.

Remove Ron is one of the more prominent groups opposing the Governor’s reelection effort. Two Democrats, U.S. Rep. and former Gov. Charlie Crist and Agriculture Commissioner Nikki Fried, hope to defeat the incumbent in the 2022 election.

That election is still more than a year out, but recent polls show DeSantis leading those two rivals in head-to-head matchups.