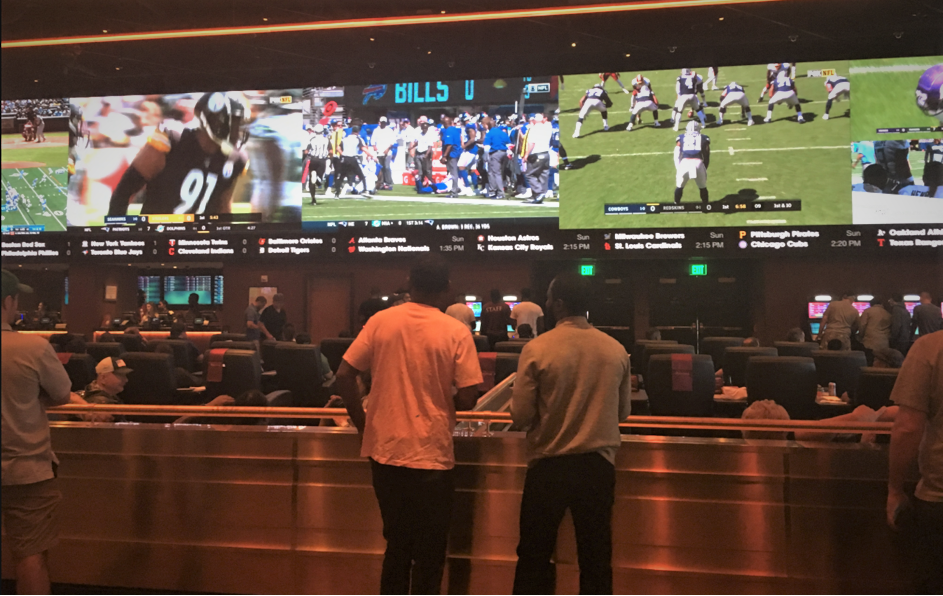 Florida’s 30-year deal, worth $500 million annually, is at stake; No Casinos group ready to fight if compact is a go.

While Gov. Ron DeSantis and Seminole Tribe Chairman Marcellus Osceola signed an expansive gambling agreement last spring with great fanfare, the final word on the multibillion-dollar deal could be delivered in silence.

Thursday marks the end of the 45-day review period during which the U.S. Department of Interior, and specifically its Bureau of Indian Affairs, must decide whether to approve, disapprove or take no position on the compact.

If it takes no position, the compact will be “deemed” approved, granting it the same authority as if the Bureau of Indian Affairs, or BIA, affirmatively approves it — but without commentary.

The BIA also could disapprove it, which would send the 30-year compact and Florida’s high-stakes, statewide gambling ambitions back to the drawing board.

The Seminole Tribe is a sovereign nation and federally designated tribe, making its gambling compact with the State of Florida subject to federal review under the Indian Gaming Regulatory Act.

Washington, D.C.,-based attorney George Skibine, formerly a high-ranking official in the Department of Interior and the BIA, told the Phoenix in an interview he thinks the BIA will simply allow the review period to expire, thus deeming the compact approved without saying so.

Not expressing an opinion on any of the compact’s many controversial components — including sports betting on mobile devices off tribal lands — could make legal challenges more difficult than if the BIA approves the compact and articulates its reasons for doing so, he said.

“The Interior Department is unlikely to affirmatively approve the compact because of the internet sports wagering provision that allows bettors to place bets outside of Indian lands,” Skibine said.

John Sowinski, president of No Casinos, said the BIA should reject the gambling compact, largely because of the sports-betting provision, and said his organization is prepared to fight the agreement in federal and state courts if the BIA does not.

“If BIA/Interior were to either affirmatively approve or by inaction, the compact is deemed approved, our case in federal court would be extremely strong, as is the state action we are preparing,” Sowinski told the Phoenix Tuesday. “My June 9 letter to Interior outlines the different ways the compact violates federal and state law.”

Sowinski and Miami Beach Mayor Dan Gelber are among the parties who have asked the BIA to reject the compact, saying that it would violate Florida’s constitutional amendment against expanding casino-style gambling without voter approval and would violate federal law by allowing tribal casinos to operate online gaming off tribal land.

Sowinski noted that a new bill in Congress acknowledges the federal violation by proposing to legislatively remove the barrier, which is impeding gambling expansions in some states with gambling tribes.

“This bill would clarify that, for purposes of tribal government gaming, the location of the wager occurs at the location of the server, unless a state and Indian tribe otherwise agree,” co-sponsor California Rep. Lou Correa told Casino.org in a July 5 report. That is exactly what Florida’s compact proposes to do: legalize sports betting on mobile devices statewide so long as the bets are processed on computer servers physically located on tribal land, a controversial arrangement called hub-and-spoke.

Seminole Gaming spokesman Gary Bitner expects to see the proposed gambling compact authorized and said he is neither concerned nor surprised that the Bureau of Indian Affairs still has taken no action, despite having received the compact 44 days ago, on June 21.

True, but the most recently approved tribal compacts — 19 of them, in Arizona — were affirmatively approved on May 24 in 35 days, complete with enthusiastic letters of support from Bryan Newland, the new head of the Bureau of Indian Affairs.

During the six-week interim since the Seminole tribe sent the compact to the BIA for review, pro-gambling and anti-gambling forces have been preparing their playbooks. Skibine and other gambling experts say legal challenges are a certainty.

While the state of Florida would reap $500 million a year in gambling revenue, for starters, and the Seminole Tribe would be allowed to operate lucrative mobile sports betting statewide and formerly illegal casino games such as craps and roulette, plus build three new casinos, other players want in on the multibillion-dollar action, too.

They have staked $62 million this summer to promote their causes, according to the Florida Division of Elections campaign contributions database.

Two of the largest sports-betting platforms in the world — DraftKings and FanDuel — donated $10 million each to a Florida political action committee pushing a constitutional amendment campaign to fully legalize sports betting by voter referendum in 2022. That PAC is called Florida Education Champions.

The Seminole Tribe, wanting to maintain its exclusive rights over sports betting as granted in the compact, contributed $10 million to a Florida PAC called Voters in Control that is expected to oppose the sports-betting campaign.

Las Vegas Sands Corp., a casino company, gave $17 million to a PAC named Florida Voters in Charge seeking voter approval on two constitutional amendments in 2022 to allow up to six new casinos in Florida — outside the buffer zones around tribal casinos, as required in the gambling compact.

Yet another new PAC, titled People Against Regulatory Legislation Addressing You, took in more than $15 million from West Flagler Associates, affiliated with Magic City Casino, in Miami, and Bonita Springs Poker Room. Those two pari-mutuel facilities filed suit in federal court last month aiming to strike down provisions of the compact that give the Seminole Tribe exclusive control over which pari-mutuel facilities, if any, may conduct sports betting under the auspices of the tribe.

Sowinski, on behalf of No Casinos, and Gelber, the mayor who wants no casinos in Miami Beach, have written letters to the BIA detailing their objections to the compact and the grounds on which various groups are likely to challenge it in court if it clears the BIA. The League of Women Voters also wrote in opposition, arguing that the compact’s sports-betting provisions thwart the express will of Florida voters who amended the state Constitution in 2018 to control gambling by referendum.

Since Gov. DeSantis and Chairman Osceola signed the compact in April, Sowinski has vowed that No Casinos will fight every attempt to expand gambling in Florida that is not voter-approved, as dictated in 2018 Constitutional Amendment 3, titled Voter Control of Gambling.

“Only Florida voters, not elected officials, have the authority to authorize the types of gambling that the compact attempts to authorize,” Sowinski said.

Via Laura Cassels of Florida Phoenix.