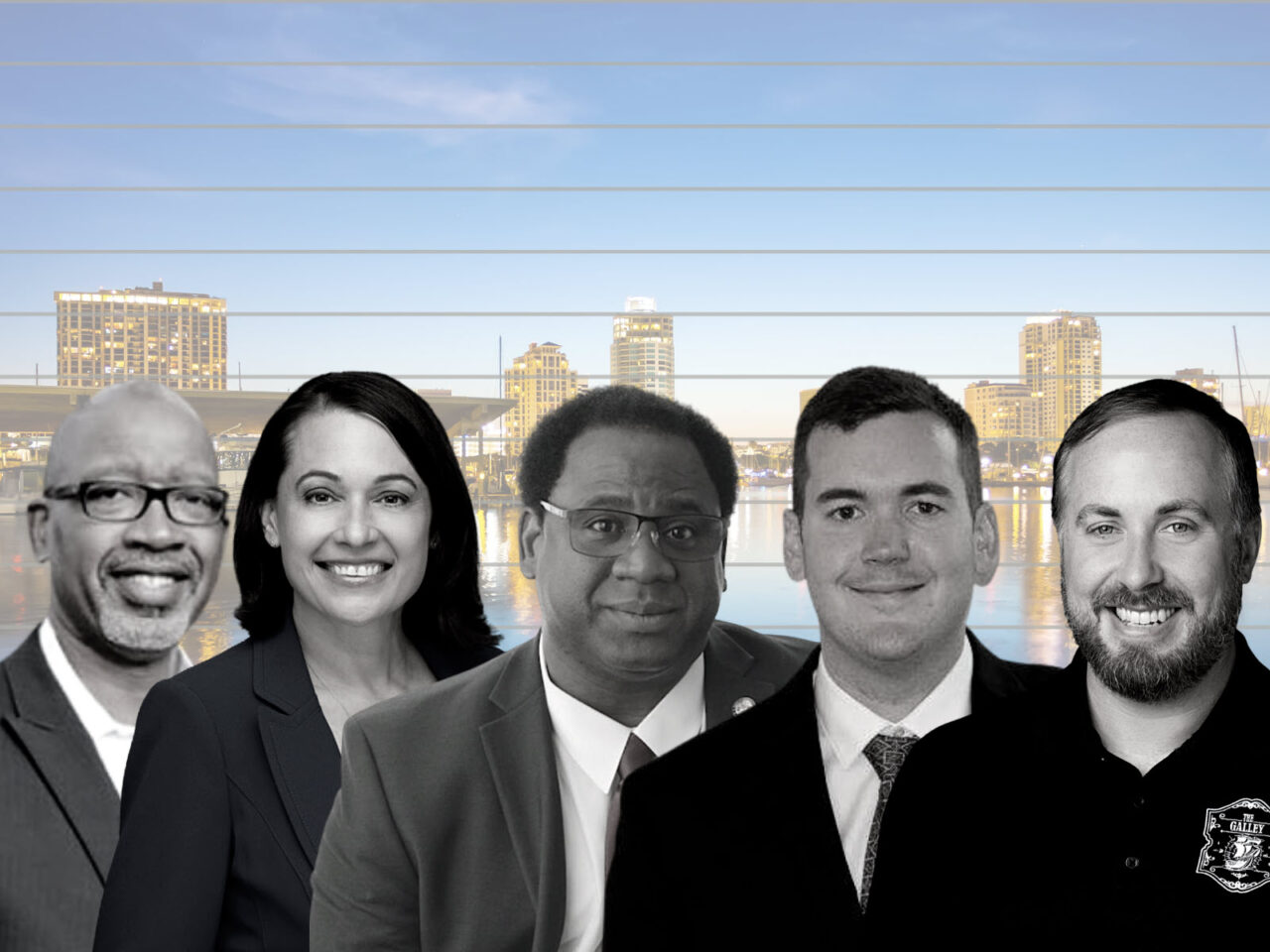 Candidates tackled the usual issues that come up in the city’s mayoral debates — the Trop site, the Tampa Bay Rays, gun violence and affordable housing — but they also took on the pressing topic of requiring masks for students in schools, an issue that has garnered statewide attention as the school year approaches.

“This is is exactly what we faced last year when we get late executive orders on a Friday evening, that had to be implemented by Monday and no one knew what the rules were,” Welch said. “Remember, kids are not vaccinated, they’re not eligible for the vaccine. And so our schools will be ground zero for the spread of this, and so again, we need to listen to the science.”

Newton looked to the School Board, saying it still has the power to mandate masks, and encouraged it to move forward in that process. But, if the board was to move forward with a mask mandate, DeSantis’ order threatens to withhold state funds.

“Pointing the finger at the Governor, you can do that all you want. They have powers,” Newton said. “These individuals who you voted for and put in office, they need to do their job — put in the mandate.”

Newton also warned of the delta variant and encouraged people to get vaccinated.

“If you’re not vaccinated, you’re just rolling the dice, and that’s what’s happening now,” he said. “The scary part about this delta variant is they’re younger and younger, it’s not the old people anymore. The young people, some of them are dying from it.”

Powers countered Newton’s push for the School Board to go through with a mandate, referencing the potential of denied funding.

“Yes, the boards can do it, but they’re saying that they’re trying to cut the funding of the school boards that are making the masks mandatory, which is not good, and it’s not good that we don’t have a statewide mask mandate,” Powers said. “We need to protect our kids, especially this fall. So whatever we can do to make that happen we need to do.”

Ingram went as far as to call the order “negligence.”

“I can’t possibly understand why the Governor would not just say that he’s not going to enforce a mask mandate, but prevent counties from creating a mask mandate. This isn’t just negligence, it’s outright going out and preventing people from keeping our kids safe,” Ingram said. “Younger people can’t even vote, they don’t have a choice in this, but they’re being sacrificed.”

The candidates also addressed the issue as it relates to preemption, highlighting the Governor’s barring of school board-proposed mandates as another example of state overreach.

“There’s another pandemic in Tallahassee and it’s a pandemic of preemption,” Welch said. “The problem is that our leadership in Tallahassee doesn’t trust local governments to make decisions for themselves.”

Welch also looked to last year’s COIVD-19 outbreak, saying it was local governments who were battling the pandemic by listening to local experts.

“Last year I was a County Commissioner and we dealt with a pandemic, and we had medical directors from all of our major hospitals advising us on what to do,” Welch said. “And when they told us, ‘look, your ICU is about to be full. We’re about to run out of ventilators,’ our ERs are backing up,’ like they’re doing today again, we listened to our local experts and we made that decision, local governments are here for a reason.”

Ingram tackled the issue of preemption by using the disaster at Piney Point as an example.

“They’ve made a sport of it at this point,” he said. “Not only are they preempting us and preventing us from being able to protect ourselves, they’re also creating damage to us. Piney Point, the state wasn’t enforcing their permits there, and when the city was spilling sewage into the bay, the state came after us.”

previousSarasota GOP to honor Ron DeSantis as Statesman of the Year