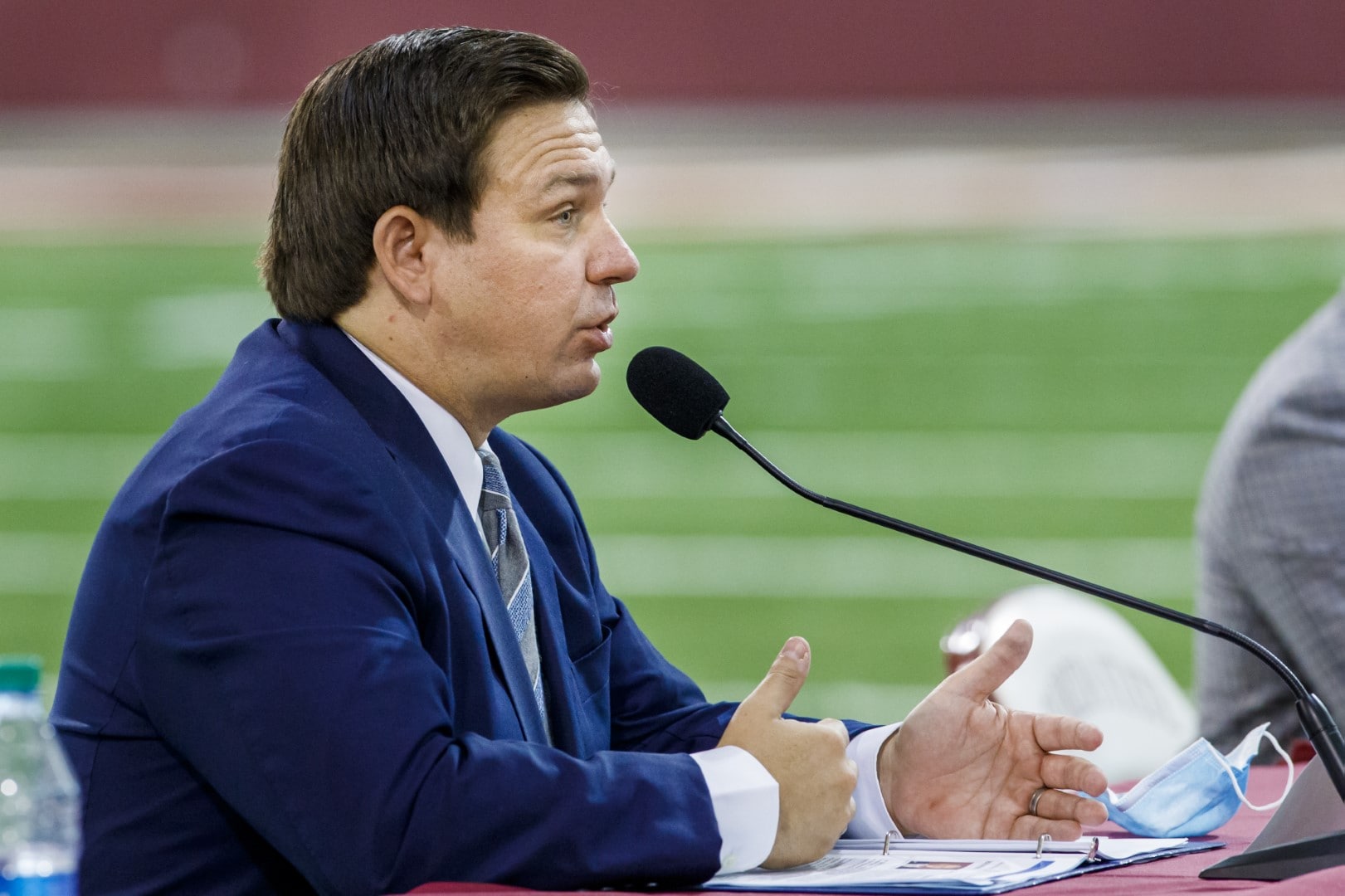 In a rare move, DeSantis avoiding direct criticism of both Biden, and the media.

Gov. Ron DeSantis paused, at least momentarily, the polemic against President Joe Biden Friday, in the wake of Biden clowning DeSantis in front of a national audience.

Asked about DeSantis Thursday, Biden quipped “Governor who?” This came after DeSantis said he was “standing in Biden’s way” at a press conference.

The zinger was a reminder of the power imbalance between the American President and “America’s Governor.”

On Friday in Port St. Lucie, DeSantis ignored shouted questions about “Governor who” in a defense of Florida’s virus response. There were no five minute harangues of Biden, at least not at the first stop of the day for DeSantis, whose critiques of federal policy were more implicit than usual.

DeSantis, though he didn’t attack Biden personally Friday morning, did take issue with empty promises from pro-restriction politicians before suggesting the virus was something people would have to “live with.”

“Some politicians will say ‘I am going to eliminate the virus. I’m going to defeat it.’ Unfortunately, government can’t just end it,” DeSantis said.

Waves of the virus, DeSantis allowed, will “ebb and flow.”

“It’s not something that government can control,” DeSantis said. “Government’s attempts to control that, I think we’ve seen throughout the country and throughout the world, have been incredibly, incredibly harmful and incredibly damaging.”

The Governor’s remarks focused on treatment and stressed the state’s virus response’s effectiveness. He noted that “close to 80% of everybody above the age of 50” have gotten the shot, the “highest vaccination rate in the Southeast Region.”

“You are seeing a big reduction in mortality because of the elderly that have had protection,” DeSantis said, stressing his “Seniors First” approach to the virus.

“It’s an IV. You’ve got to go in. It’s about a three hour process, soup to nuts,” was how he summed up the “effective treatment.”

The Governor suggested these modalities along with vaccinations could “reduce this to basically a flu-level risk.”

DeSantis expressed optimism, meanwhile, that the worst was close to over, saying “we’re at kind of the height of the wave and we think it’s following a pretty set pattern and we’ll know more probably in the next three to four days.”

He also did not belittle media for reporting case counts this time out, a critique that had been frequent.

“I get the cases and I’m not saying you shouldn’t report on that,” DeSantis allowed. “Obviously, when the cases rise, they rise.”

The Governor went on to describe a “pretty consistent pattern,” with this being a predictable summer surge event.

“Because so many people have either been vaccinated or have recovered naturally and do have immunity, I think folks are making their own individual risk determinations,” DeSantis said.

The rhetoric may be optimistic, but statistics suggest another brutal weekend ahead in Florida hospitals.

According to the Florida Hospital Association, 20,133 new cases of COVID-19 were confirmed Aug. 5, with 12,516 hospitalizations.

The Governor has faced political headwinds also. New polling shows him upside down in favorability ratings, while multiple school districts have bucked his attempt to ban mask requirements for students.