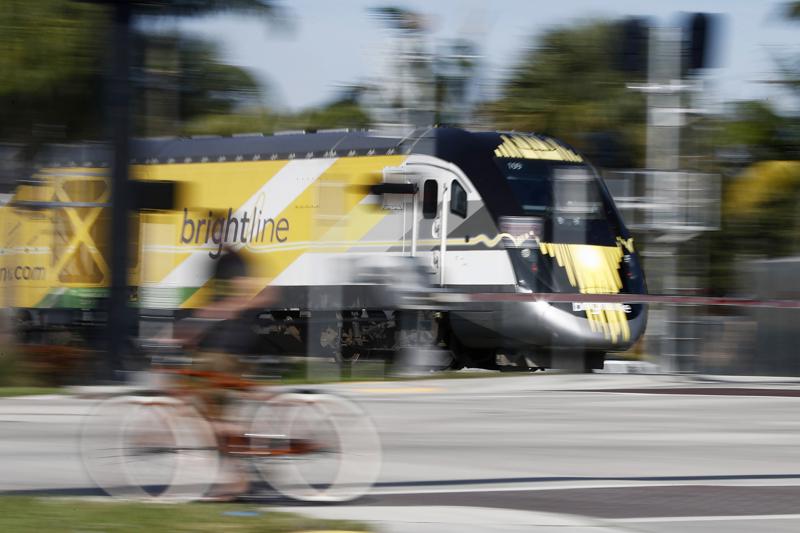 Employees will be requires to be vacciinated. Passengers must wear masks.

Florida’s higher-speed passenger rail service Brightline announced Tuesday it will resume operating sometime in November, 20 months after it closed because of the pandemic and with safety measures that it hopes will curb a spate of fatal collisions that plagued its initial run.

The privately run company, which began operations in 2017, will resume with hourly service between Miami and West Palm Beach, president Patrick Goddard said. Goddard said Brightline will require all employees be vaccinated against COVID-19 and, following federal regulations, mandate masks for crew and passengers inside its trains and stations.

“We have learned a lot about how to live and travel in the pandemic. We now believe we are ready to open in a safe and healthy way,” Goddard said.

Brightline suspended operations in March 2020, but continued laying track for its planned expansion from South Florida to Orlando and its theme parks. That route is set to open in late 2022 or early 2023. Goddard said Brightline will have spent $5 billion on its system when the Orlando leg is complete. Brightline then plans to open a line between Orlando and Tampa and one between Los Angeles and Las Vegas.

When it reopens, Brightline will offer private and ride-share transportation to take passengers from their homes, offices and hotels to the station.

Goddard said Brightline, the first private passenger train service in the U.S. to launch in a century, is completing several projects to address safety issues that quickly arose after its bright yellow trains began zipping through densely populated South Florida at up to 79 mph.

A 2019 Associated Press investigation showed its trains killed more pedestrians and car drivers per mile than any railroad in the country — its 45 deaths prior to operations being suspended translates to one death every 31,000 miles. Most of the deaths have been suicides, while the rest were drivers and pedestrians trying to beat the train by going around guardrails or running across the tracks.

None of the fatalities have been deemed the fault of Brightline engineers or trains, but the crashes have had a psychological impact on crew members. Several of them have been involved in multiple fatalities.

Goddard said Brightline is installing infrared detectors that will warn engineers if anyone is lurking near the tracks so they can slow down or stop. The company is adding more fencing and landscaping to make track access more difficult and is also installing red-light cameras at crossings that will allow police to ticket drivers who go around guardrails.

“Trespassing is an industry-wide issue and incidents are as a direct result of people willfully violating posted warning mechanisms that are intended to protect them,” he said.

Brightline last year backed out of a partnership with Richard Branson’s Virgin Group that would have rebranded the company as Virgin Trains USA. No reason for the split was ever announced, but it came shortly after Virgin Atlantic airline filed for bankruptcy protection in the U.S. and announced a restructuring plan in the United Kingdom. Goodard declined comment Tuesday on the split, citing a $250 million lawsuit Virgin filed against Brightline in the UK.

Brightline is working to finalize its funding for the multibillion-dollar line that would connect Southern California and Las Vegas. No opening date has been announced, but Goddard said the project remains “one of our top priorities.”