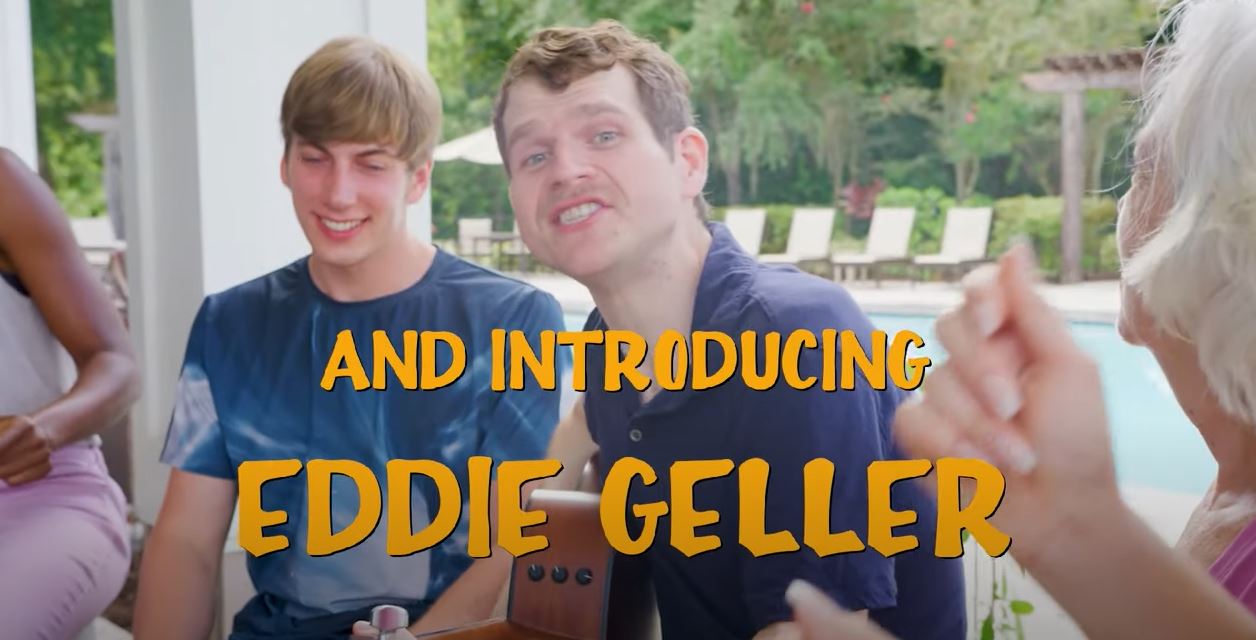 Who's up for an ear worm?

Democrat Eddie Geller is entering the race for Florida’s 15th Congressional District ⁠— a move he announced in a ’90s sitcom-style jingle.

“Sometimes you feel, no one is listening, up in Washington,” Geller sings in his campaign announcement video, which reimagines a “Full House”-like intro. Casual, yellow text paints the screen as he throws a Frisbee and gives a cheesy nod to the camera. “You’re fighting to thrive, or even survive, but there’s too much corruption.”

Geller is the second Democrat to enter the race for CD 15. He faces fellow Democrat Jesse Philippe, who ran for the district in 2020 but lost in the Primary to former journalist Alan Cohn. The two are hoping to unseat Republican incumbent Scott Franklin, who was first elected to the seat last year.

The newest candidate is a Clearwater native and has experience working as a community activist, video producer and, as made clear by the campaign video, a comedian. Geller graduated from the University of Florida in 2005 and has worked as a video producer for the website Upworthy, as well as served as the Democratic National Committee’s director of video.

“You ask yourself, ‘where’s the justice, where is our fair share? What we need is a fix, a Congressman who cares,” Geller sings. “Eddie Geller’s here to run, for a Florida that’s fair. He’s someone who gives a damn, What a breath of fresh air.”

Geller does get serious in the middle of the video, touching on the pandemic and his goal to work against corruption.

“For too long, Florida politics has been plagued by corruption and certain politicians who care more about special interests than fighting for hard-working Florida families,” he says. “Our state is undergoing a devastating resurgence of the COVID pandemic at the exact time that we should be making a soaring recovery. Florida’s 15th Congressional District deserves a representative who will listen to their needs instead of pushing their own agenda and acting on one party’s interests.”

Florida’s 15th Congressional District has been considered a battleground in the past, where Democrats have fought to turn the right-leaning district in the last two election cycles. But, with redistricting on the horizon, the district could turn a couple shades redder.

That means the eventual Democratic nominee is set to face an uphill battle, likely against incumbent Republican Franklin in the 2022 General Election. And, the chance to flip the district will be even harder for Democrats next year if they must unseat an incumbent, a hurdle Alan Cohn, the 2020 Democratic nominee in the race, didn’t face in last year’s General Election.

But, for now, Geller is hitting the ground running and is planning on giving voters more laughs as his campaign gets off the ground.