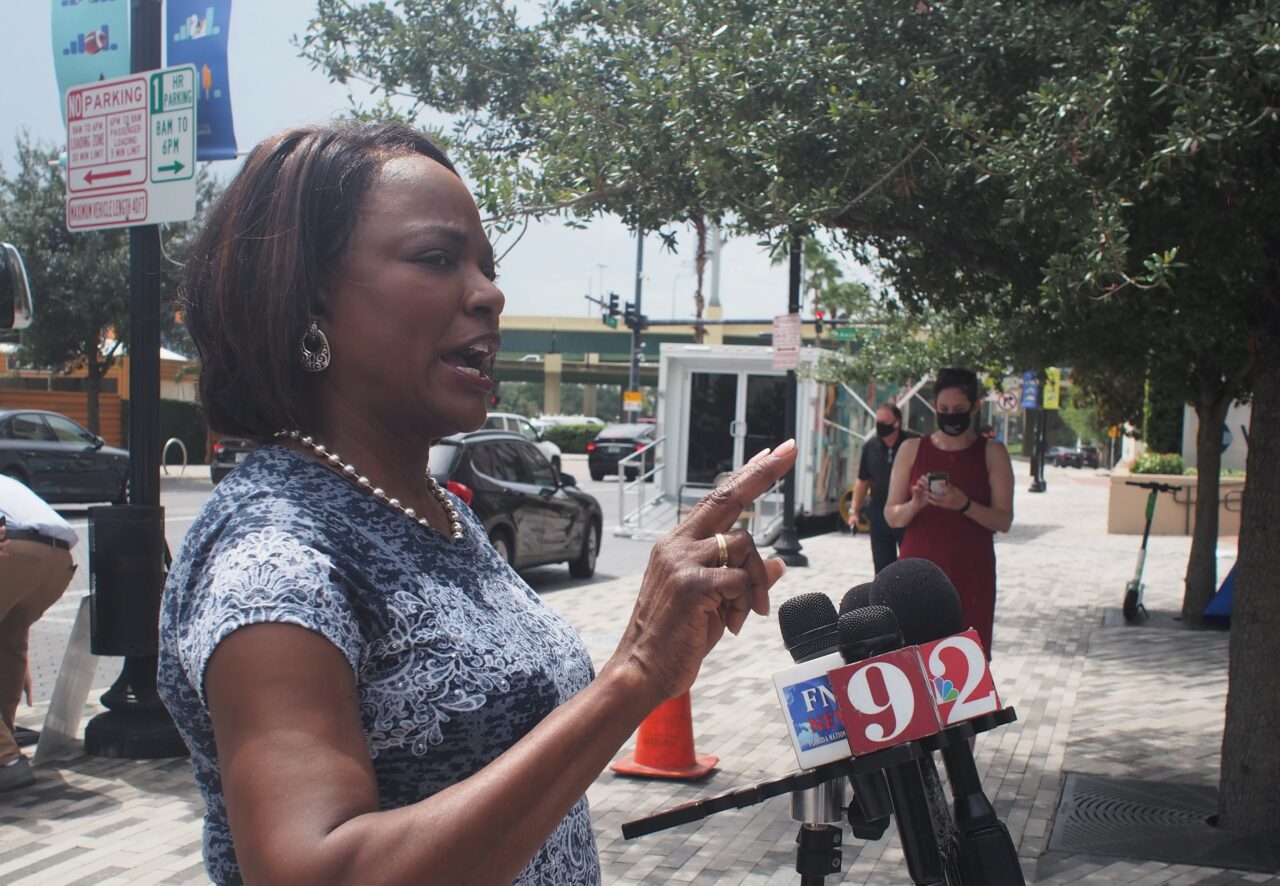 When asked about Rubio’s criticism of Biden in the Afghanistan pullout, she accused her likely 2022 U.S. Senate opponent of “Monday morning quarterbacking” at a time when politics ought to be set aside, as the nation is in the midst of a foreign affairs crisis.

“I know it’s tempting to want to criticize and Monday morning quarterback when you’re sitting in your nice office. And there will be plenty of time. And we should as a nation ask questions, critique, do after-action reports, so that we can clearly understand what has gone on in the last 20 years, including the evacuation. But now is not the time,” she said.

Demings noted that as a member of the House Intelligence Committee she has received confidential briefings on Afghanistan, and served a career in law enforcement. She accused Rubio of “not being an expert in this field.” However, Rubio, too, receives confidential briefings as ranking member of the Senate Intelligence Committee.

“There are two words I remember vividly after each briefing that was held. And that was this is a ‘complex’ and extremely ‘dangerous’ operation that our men and women on the ground are involved in as they work diligently to get as many Americans out, and those who have assisted us, for the last 20 years,” Demings said.

“We only have a few days before Aug. 31. And we need to use every bit of our talent and energy and intellect and strategic skills to get Americans out of Afghanistan and safely home, and also help the Afghans,” she said.

This all came before news was confirmed of American service members being killed in attacks outside the airport. To that, Demings later released a statement that read, “My prayers are with the families and team members of the U.S. Service Members killed and injured in the line of duty today. Those we lost today will not be forgotten, and we will do all in our power to ensure the recovery of the wounded. I know that the rescue mission that they gave their lives to protect will continue. I ask that all Floridians join me in prayer for our fallen heroes, their loved ones, and for the continued safety of all Americans in Afghanistan and around the world.”

At the news conference, Demings also called Rubio “shameful” for not supporting Biden’s $3.5 trillion package, approved along party lines by the House Tuesday, which would, among other things, fill in the “Medicaid gap” to provide health care coverage to uninsured people and increase Medicare coverage for eye, ear, and dental coverage.

Afterward, she suggested Rubio is doing little to help Floridians during the COVID-19 crisis.

“We can do better than what we have. We’re in the middle of a battle right now, and where is he?” Demings asked.

Specifically, Rubio was in South Florida. On Wednesday he told the Forum Club of the Palm Beaches he believed the Afghanistan pullout “is going to go down in history as one of the most horrifying debacles in American foreign policy history.”

Rubio also reiterated his opposition to vaccine mandates, arguing individuals would make the “right decisions” if given accurate information.

Demings, on Thursday, insisted “the greatest nation in the world” needs to do more to protect Americans from the pandemic and to assure everyone has access to affordable health care.

“I don’t particularly care what position you’re in or what party you’re in. Our number one responsibility as elected officials, as true leaders, number one, is to help the health, safety, and well-being of the people that we represent — the health of our families, the health of our seniors — and we should never make that political,” she said.

“As we deal with the unbelievable number of deaths around our nation and around our state, we should never make our response to any crisis, and certainly not a public health pandemic, political,’ Demings added.