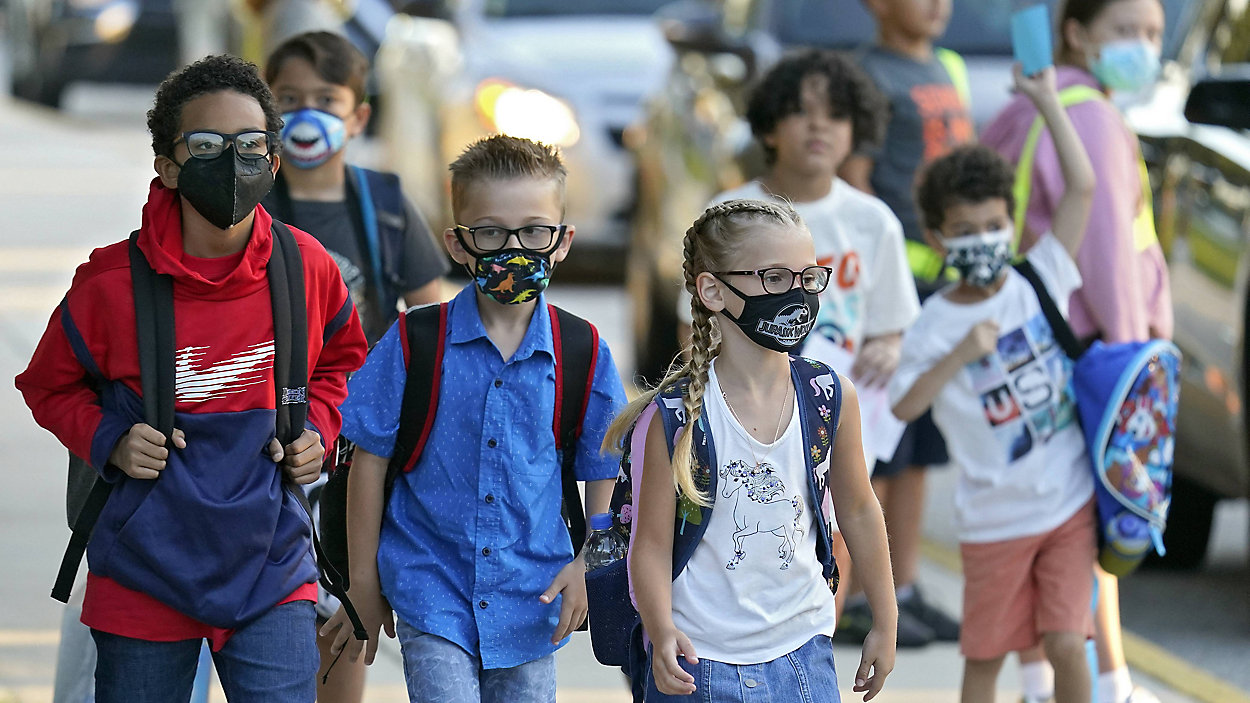 Gov. Ron DeSantis‘ vow to punish school districts that defy his masks order has been set into action in Alachua and Broward Counties.

Education Commissioner Richard Corcoran announced the state is withholding school board members’ salaries in Alachua and Broward after those school district implemented mandatory mask-wearing policies for students in public schools.

In a statement Monday, the Department of Education said the state will continue to deny salaries until each district is compliant. The department also hinted it might impose additional sanctions.

The actions mark the state’s first punishment against members who enact mask mandates.

“We’re going to fight to protect parent’s rights to make health care decisions for their children,” Corcoran said in a prepared statement. “They know what is best for their children. What’s unacceptable is the politicians who have raised their right hands and pledged, under oath, to uphold the Constitution but are not doing so. Simply said, elected officials cannot pick and choose what laws they want to follow.”

It also comes after the same judge, John Cooper of the 2nd Judicial Circuit, ruled that the Department of Education cannot enforce masking emergency rules without allowing districts to prove their orders are reasonable.

The ruling, however, has yet to be signed. But Cooper issued the order orally on Friday.

“Unlike several school districts in this state, our Department plans on continuing to follow the rule of law until such time as the Court issues its ruling, and subsequent to that ruling, we plan on immediately appealing this decision to the 1st (District Court of Appeals), from which we will seek to stay the ruling,” Education Department spokesman Jared Ochs said, adding that the department began withholding the funds on Thursday.

Florida Politics noted the injunction ordered against the department.

“Of course, it’s ironic being asked such a question by the media when similar questions have seldom been directed to the several school districts that are operating in violation of written law and preventing children from a free and public education,” Ochs replied.

More than half of Florida’s public school students attend schools that require masks for everyone. School districts in Indian River, Leon, Brevard and Orange counties are some of the latest to flout the executive order and emergency rules.

In early August, the State Board of Education ruled that Alachua and Broward county school districts violated state law with their mask mandates.

Despite the determination, both districts defended the orders,

The latest total marks a sizable increase from the previous report. From Aug. 6 to Aug. 12, DOH reported 16,754 new COVID-19 cases among the same demographic.