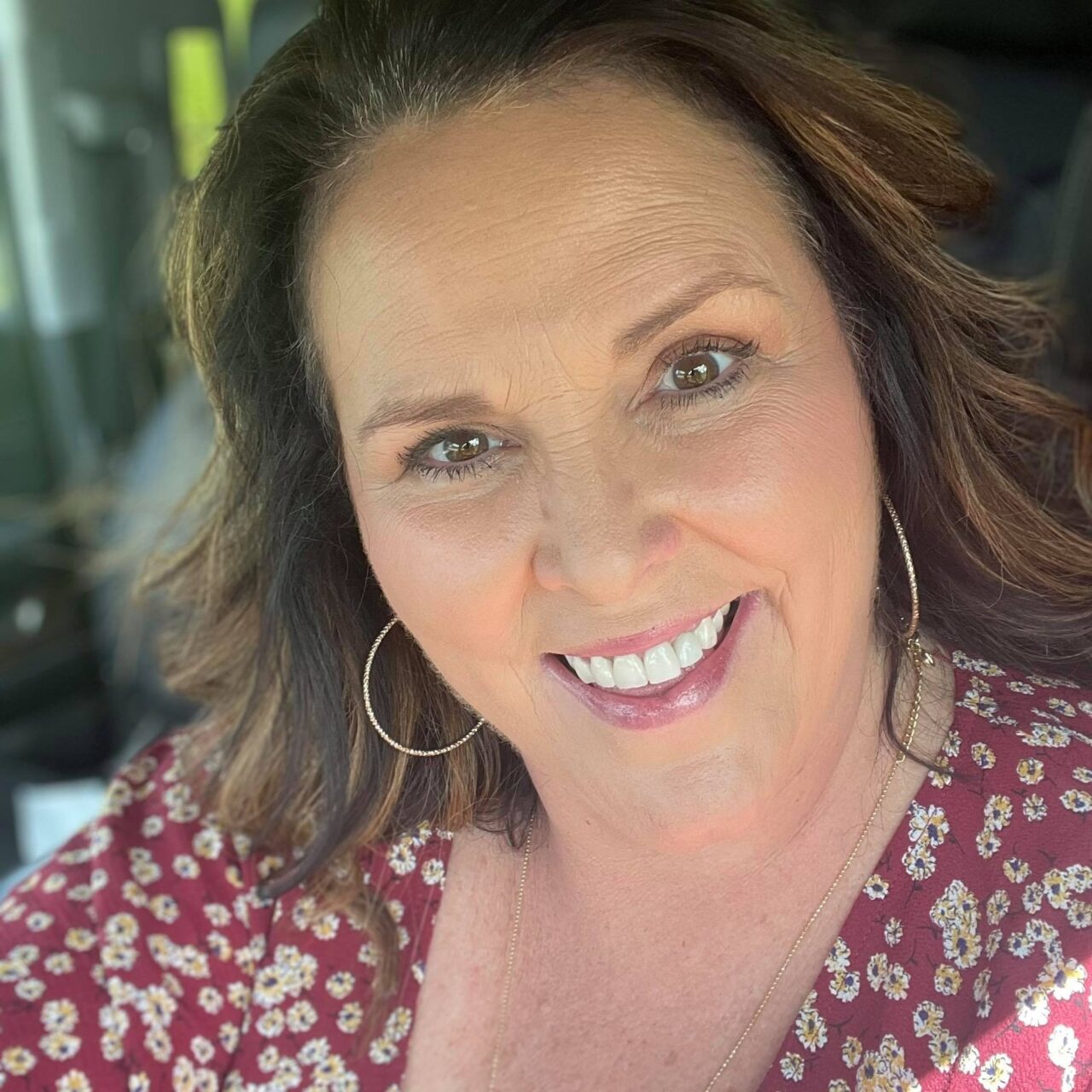 Washington County’s Supervisor of Elections posted on Facebook last month sharing her experience with ivermectin, an antiparasitic drug some people are using to treat COVID-19 despite federal warnings against it.

Online misinformation, largely on social media, touts the antiparasitic as an alternative treatment for COVID-19. However, the U.S. Food and Drug Administration cautions the drug has not been adequately tested for treating the virus. And some are taking a more accessible, animal-strength version of ivermectin meant for deworming horses, cows, and other livestock, leading to hospitalizations.

Washington County Supervisor of Elections Carol Finch Rudd and her husband began taking ivermectin sometime after they fell ill. She heard about the drug from friends and family who had used it before she started and continues to use it.

Rudd has seen the FDA and U.S. Centers for Disease Control and Prevention warnings against taking ivermectin to treat COVID-19, but she is undeterred.

“We just know firsthand what it’s done for us, so I think we just had to be proactive and take things in our own hands,” she told Florida Politics. “We’ve seen so many people get so sick, dangerously sick, and we’ve had friends and family pass away. We just felt like we kind of had to do some things differently than what was being offered to us through our medical field.”

Purchasing human-grade ivermectin requires a doctor’s prescription. However, animal-grade liquid and paste ivermectin are available online and in feed stores. Ivermectin paste contains a higher concentration of the drug.

Rudd bought ivermectin on Amazon but declined to say whether she bought a formulation meant for humans or animals. Amazon Pharmacy sells the human version — with a prescription — but the version marketed for horses is also available on Amazon.

She began using ivermectin after her daughter, a nurse, and her son-in-law used it during their own bouts with COVID-19. She claimed symptoms, such as her daughter’s loss of smell, subsided within 24 hours.

While vaccination can lead people to test positive for antibodies, Rudd declined to answer whether she had received the shot.

Rudd said she is still taking ivermectin and plans to finish out a 30-day treatment period. She still feels lingering health effects from her presumed infection.

The elections official said she and her husband also gave a longtime friend ivermectin after refusing to go to the hospital to get treated with monoclonal antibodies, an FDA-approved COVID-19 treatment.

They provided the friend with CDC-approved over-the-counter vitamins, but when he refused to seek treatment for his worsening symptoms, they gave him ivermectin. Rudd said the friend has since recovered.

In a since-removed post, Rudd shared her experience with ivermectin on her personal Facebook page; she says to tell her story, not to promote the drug. Included in her post was a table of ivermectin dosage from Front Line COVID-19 Critical Care Alliance, a group of physicians and scholars in the minority in recommending the human-approved version of the drug to treat COVID-19.

Facebook removed her post and gave her a warning for violating the site’s standards. In subsequent posts, which she has since made private, she criticized Facebook for censoring her. She told Florida Politics she made the critical posts after friends asked where the dosage chart went.

“My post got removed where I shared information regarding medicine that is currently being prescribed! Seriously?? If you saw it, share it to those you love if you choose. COVID is real and doesn’t pick and choose. If it were my family, I would (be) thankful you shared. Then We could make our own decisions,” she wrote on Aug. 15.

“Makes me so mad. As we know, there are some doctors who are prescribing the same in pill form. But it is not being prescribed widely. It is your choice to take any medicine,” she said in response to a comment on her post.

Since Florida Politics’ interview with Rudd, the subsequent posts have been made private.

Andrea Gainey, a legislative aide to Panama City Republican Sen. George Gainer and a longtime friend of Rudd’s, commented on one of Rudd’s posts calling out Facebook.

“Yeah, they don’t let you talk about certain treatments. Regardless of how well they work or how many studies support them,” she wrote.

Gainey told Florida Politics she was making a general comment about the way Facebook censors medical topics. Gainer’s District 2 Facebook page was removed for months without explanation. Gainey and the Senator had trouble promoting monoclonal antibodies a year ago when the treatment wasn’t as well known.

“I actually took it yesterday to see if it would help lingering symptoms. I actually think there is improvement,” she wrote.

“I was hesitant but will now take it again. So many could have benefited over the last year (if) this had been handled correctly,” she said in a separate comment.

The CDC and FDA’s medical advisories are based on the best information available at the time, Rudd told Florida Politics.

“As we know, that’s constantly changing, so I think it benefits us all to do our own research as well,” she said.

Doctors can prescribe human-grade ivermectin for uses beyond treating parasites and tropical diseases, potentially even COVID-19.

Rudd could name at least one doctor, a dermatologist, in the Washington County area prescribing human-grade ivermectin as a treatment for COVID-19. The doctor’s office did not respond to questions from Florida Politics.

While some researchers have done surface-level investigations on the drug’s safety and efficacy in treating COVID-19, clinical trials of the drug “yielded insufficient evidence” to treat the virus.

Most often, those spreading the false claim of ivermectin’s effectiveness cite the Antiviral Research prepublication paper, “The FDA-approved drug ivermectin inhibits the replication of SARS-CoV-2 in vitro.”

According to the FDA, that research article described the effect of ivermectin on SARS-CoV-2 in a laboratory setting.

“This type of study is commonly used in the early stages of drug development. Ivermectin was not given to people or animals in this study,” the FDA said. “Additional testing is needed to determine whether ivermectin might be safe or effective to prevent or treat coronavirus or COVID-19.”

The FDA and the CDC have also both issued warnings against self-medicating with ivermectin, prompting the FDA to tweet, “You are not a horse. You are not a cow. Seriously, y’all. Stop it.”

Ivermectin manufacturer Merck added that there is “no scientific basis for a potential therapeutic effect against COVID-19 from preclinical studies” and “no meaningful evidence for clinical activity or efficacy in patients with COVID-19.”

“The FLCCC has a long-held position that people should never use medications formulated for animals. Moreover, you should never self-dose or use a prescription medication without the guidance of a health care professional,” the group wrote on its website last week.

Still, the group calls the FDA’s warnings and media reports about the drug misleading. Those groups attempt to tie the human formula to the animal formula.

However, ivermectin poisoning has been on the rise in Mississippi and now in Florida. Florida Poison Control has seen 74 exposure cases this year, more than half in August alone.

A week ago, Florida Poison Control had received 27 calls for ivermectin exposure in August. By the end of Tuesday, that count was up to 39. The majority of those cases, at least 22, were related to the veterinary product.

Twelve of this year’s ivermectin exposures have been in children, likely because more people keep the drug in their households. Six of those pediatric cases came in August.

Washington County saw no ivermectin exposures last month. However, the broader 10-county area in the Florida Panhandle saw seven cases last month. The Panhandle had only one case this year before August.

Side effects include abdominal pain, nausea and vomiting. More extreme exposure can lead to seizures. Hospitalizations and death are also possible, though no cases in Florida have been fatal.

Dr. Dawn Sollee, the director of Jacksonville’s Florida Poison Control office serving North Florida, says there isn’t good data for or against using ivermectin to treat COVID-19. But people who buy ivermectin without a prescription are knowingly buying the product meant for animals, she said.

“If you’re going to a feeding store, it’s going to be for animals. They know they’re obtaining it without a prescription. It wouldn’t be for humans there,” she said.

Florida’s 67 county supervisors of elections are elected countywide to four-year terms. However, Rudd said she was not using her office to promote ivermectin, noting she made the post from her personal page.

“I think anybody that you talk to in our community that knows me very well knows that I would go the extra mile to help anybody I could,” she said.

In a post after her interview with Florida Politics, Rudd reiterated that it’s people’s personal choice to take medicine. And she addressed concerns that, as an elected official, she may carry “clout” in her community.

“I feel you are all pretty smart and are self thinkers. But I love when my friends and family share with me,” she wrote.

In 2020, Rudd, a Republican, received 80.2% of the vote, a larger share than then-President Donald Trump received in the county.

Renzo Downey covers state government for Florida Politics. After graduating from Northwestern University in 2019, Renzo began his reporting career in the Lone Star State, covering state government for the Austin American-Statesman. Shoot Renzo an email at [email protected]olitics.com and follow him on Twitter @RenzoDowney.