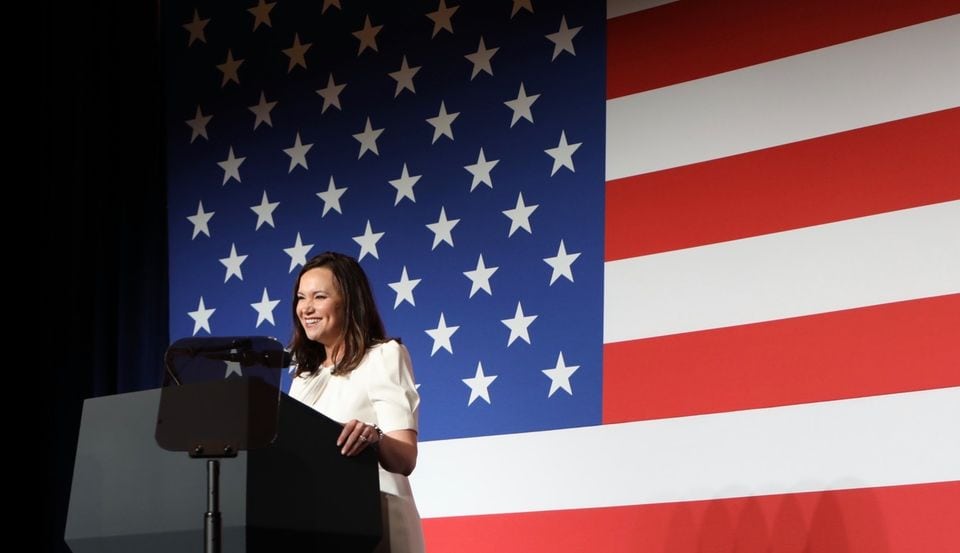 Moody’s path to reelection is without many obstacles.

Thus far, Moody’s reelection campaign is without many obstacles.

With no Democratic challenger as of yet, political prognosticators expect the position to remain in Republican hands for at least a fourth consecutive term.

Moody, elected in 2018, focused on a variety of issues including human trafficking and opioid addiction during her first term.

A former federal prosecutor and judge, she proved herself a fundraising machine as well — outpacing all statewide candidates except Gov. Ron DeSantis this year.

Friends of Ashley Moody, her committee, raised $134,055 across 30 contributions in July. The committee has collected just shy of $7 million since it launched three years ago.

Despite some fanfare over unifying issues, Moody has drawn substantial criticism for delving into partisan issues.

Most notably, perhaps, she joined a Texas lawsuit to toss the presidential election results in four states.

The move, though unsuccessful, would’ve voided the votes of millions in a move to steer the election in former President Donald Trump‘s favor.

Moody is also an outspoken critic of President Joe Biden and his immigration policies.

Beyond cable news appearances, Moody was among 20 Republican attorneys general who signed a letter demanding assurances of tighter immigration policy.

Florida, the trio suggested, is receiving a significant share of people crossing the Mexican border illegally.

Moody, though vaccinated, contracted COVID-19 shortly after the trip.

Not least, Moody in June met with Republican leaders to rally against court-packing, a controversial move that would expand the U.S. Supreme Court to include additional justices. She vowed to fight court-packing and any similar efforts by Biden.

Within a year, Moody, alongside other Attorneys General, sued Google three times over antitrust laws.

In July, a government watchdog group ranked Moody among the top “obstructionists” of “progress” in the nation.