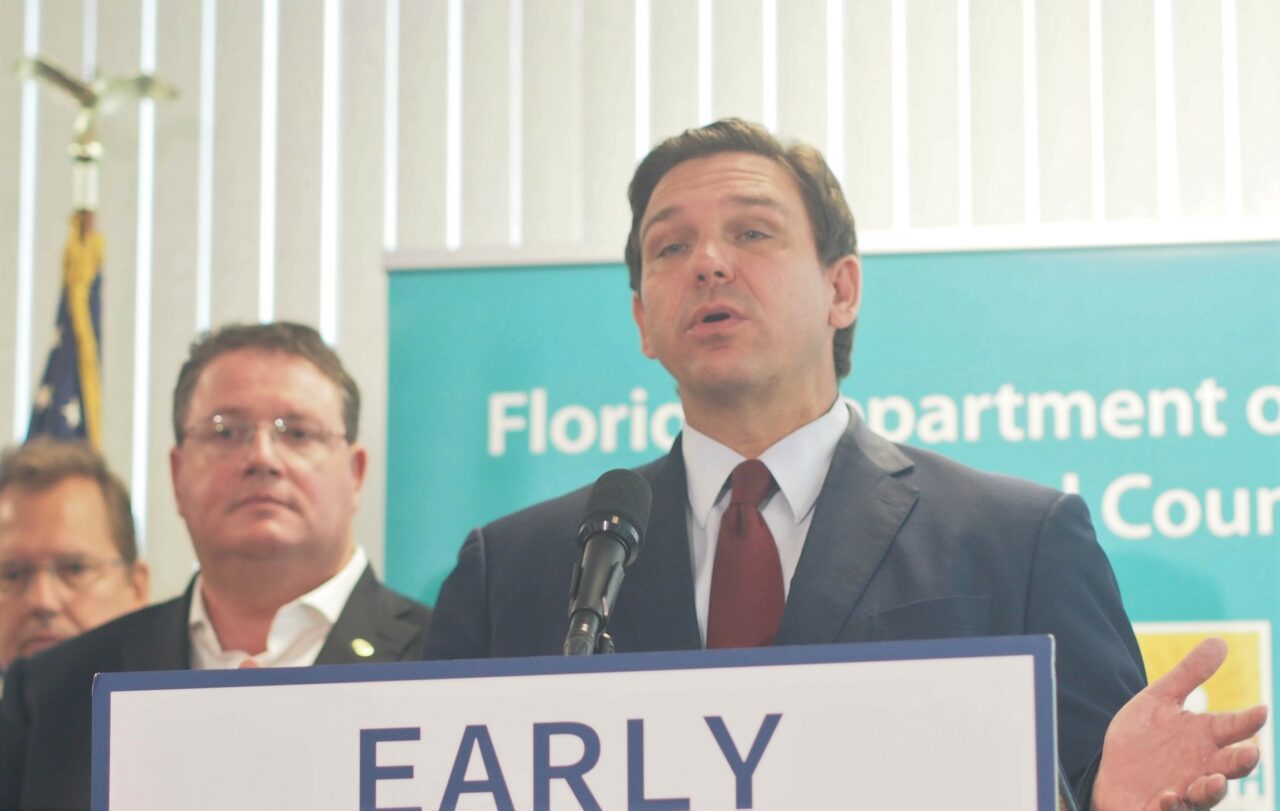 But he expressed no direct sympathy or remorse.

Gov. Ron DeSantis said Wednesday that the rising COVID-19 death toll in Florida is “a really terrible thing,” but he focused on preventing future deaths rather than talking about the thousands of Floridians who have died recently.

DeSantis was in Viera to continue his tour promoting monoclonal antibody treatment as a way to greatly temper COVID-19 infections and reduce the risk of death.

He was asked if he had words to share with Florida families affected by recent COVID-19 deaths, as Florida has suffered a significant increase in recent weeks.

DeSantis said it was “a really sad thing.” But he expressed no sympathy or condolences toward families, nor any remorse regarding the skyrocketing numbers of people dying of COVID-19 in Florida recently. He skirted the subject briefly then moved on to talk about the treatment he has been promoting as an alternative to death.

Last week, more than 1,800 new Florida deaths attributed to COVID-19 were reported, a record week for the state. The week before, more than 1,500 deaths were reported. When final reports come in, August likely will be the worst month to date for reported COVID-19 fatalities in Florida, for the entire 18-month long pandemic. Florida’s numbers of deaths far exceed what has been seen recently in any other state.

But he pivoted to what his administration is doing. For the past three weeks, DeSantis has been barnstorming the state opening free monoclonal antibody treatment clinics and promoting their use as a treatment that can greatly reduce the severity of COVID-19 symptoms.

“I think what we’re trying to do is say, ‘OK, what was not being done? Where was the gap?’ And the biggest gap was in the early treatment. So I am confident there are people being availed of this who will have better outcomes as a result of that,” DeSantis said.

His response to a question on families dealing with COVID-19 deaths was in sharp contrast to comments Wednesday from one of his sharpest critics, Agriculture Commissioner Nikki Fried, who’s running for the Democratic nomination to take on DeSantis in the 2022 gubernatorial election.

Fried on Wednesday oversaw a moment of silence for the 45,000 total people in Florida who now have died of COVID-19, noting they include children, daughters, husbands, teachers, health care workers, and more who have died.

“We keep talking about these numbers that I report every single day, and there just needs to be a time when we sit back, and we recognize how many of our fellow Floridians we have lost to this war,” Fried told reporters.

In Viera, DeSantis pointed out four guests, people who had gotten COVID-19, received the monoclonal treatment, and recovered in a day or two.

“I think it’s a really sad thing, when you think,” he said of the deaths. “Now we have people standing here with us who may not have been here were it not for this treatment.”

He said those dying tend to be unvaccinated and have not received the monoclonal antibody treatment.

“You look beyond, and you see the tools we have and the statistics. You see people admitted to hospitals, and you see the mortality,” he said. “Those tend to be folks who were not vaccinated prior to being infected. And they also were folks who, by and large, did not get the monoclonal antibody treatment.

“That’s ultimately what it’s all about, you know, it’s about saving lives.”