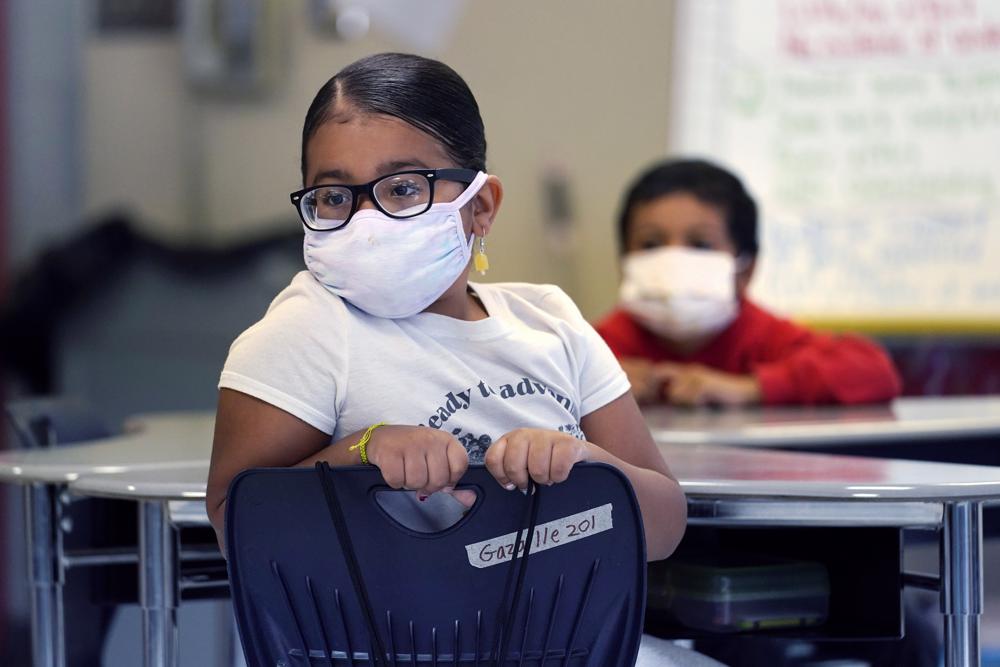 The Department of Education has been enforcing the executive order despite the judge's oral decision last week.

A Leon County judge has issued his written ruling curbing Gov. Ron DeSantis‘ mask mandate ban, and in it he prohibits the DeSantis administration from enforcing the Governor’s executive order. Attorneys for DeSantis immediately asked for the 1st District Court of Appeal to overturn Circuit Court Judge John Cooper‘s ruling.

The order, submitted Thursday, is the written version of an oral decision Cooper issued Friday. Despite the prior oral decision, the state had continued enforcing rules against school districts that required masks for students without allowing parents to opt out. The state said it was waiting for Cooper’s written order.

“If  the Defendants strictly enforce the Executive Order, the Department of Health rule, or any other policy prohibiting mask mandates without a parental opt-out, then they are acting without authority and are refusing to comply with all provisions of the law,” Judge Cooper wrote, referring to the Parents’ Bill of Rights.

But the state’s lawyers stood by DeSantis’ assertion that a parent’s right to opt their children from mask mandates falls within the Parents’ Bill of Rights he signed into law in June, providing parents freedom from the state and public schools in how they raise their children, including regarding health matters.

However, Cooper said the state ignored the full Parents’ Bill of Rights intent. The mask mandate ban preemptively prohibits mask requirements without allowing school districts to prove the measures are reasonable, a step he said the bill required.

The state cannot enforce a blanket mandate against mandatory face masks by school boards, he wrote. The same goes for a statewide order, like the Governor’s. School boards must first be given the chance to prove their policies were reasonable before they can be punished.

“By passing the Parents’ Bill of Rights, the Florida Legislature necessarily recognized the importance of parental rights. But it also recognized that parents’ rights are not immune to some reasonable limitation depending upon safety and reasonableness and compelling state need regarding health care or condition of the child,” Cooper wrote.

Cooper did not strike the Department of Health’s emergency rule against face mask bans because the parents did not include the Health Department in the lawsuit. The parents’ lawyers tried to fix that error at the start of the trial, but Cooper ruled it was too late to add them.

Cooper’s decision followed a week of hearings in a lawsuit from parents hoping to defeat DeSantis’ executive order. The lawsuit, filed on behalf of the parents of school children, argues the executive order violates school districts’ constitutional rights to require a uniform.

In the time between Cooper’s oral decision and his written ruling, the Department of Education announced it had started withholding funds from school districts that violated the mask mandate ban. And Wednesday afternoon, Attorney General Ashley Moody advised the Suwannee County School District that the mandate ban is still the law.

“The judiciary has not declared the rule to be invalid, and as such, this advisory opinion clearly states that multiple school districts are breaking the law by violating parents’ rights,” Education Department spokesman Jared Ochs said in a statement Wednesday. “Today, the Department is urging every school district that has mandated masks without an opt out to promptly change its policies and comply with Florida’s rules and laws.”

That followed a statement from Education Commissioner Richard Corcoran Monday, when the department announced it had withheld funds from Alachua and Broward county school districts the week before. However, Cooper made it clear that he ordered the Education Department to stop enforcing a blanket ban on mask mandates or attempting to enforce DeSantis’ executive order “and the policies it caused to be generated and any resulting policy or action which violates the Parents’ Bill of Rights.”

Alachua and Broward county school districts were the first of now 12 districts, covering a majority of Florida’s public school students, to go against DeSantis’ executive order that has now been scrubbed, at least for now. The Volusia County School District will be the 13th when it begins its mask mandate on Sept. 7. More than half of Florida’s 2.8 million students are covered by a mask mandate with no opt out.