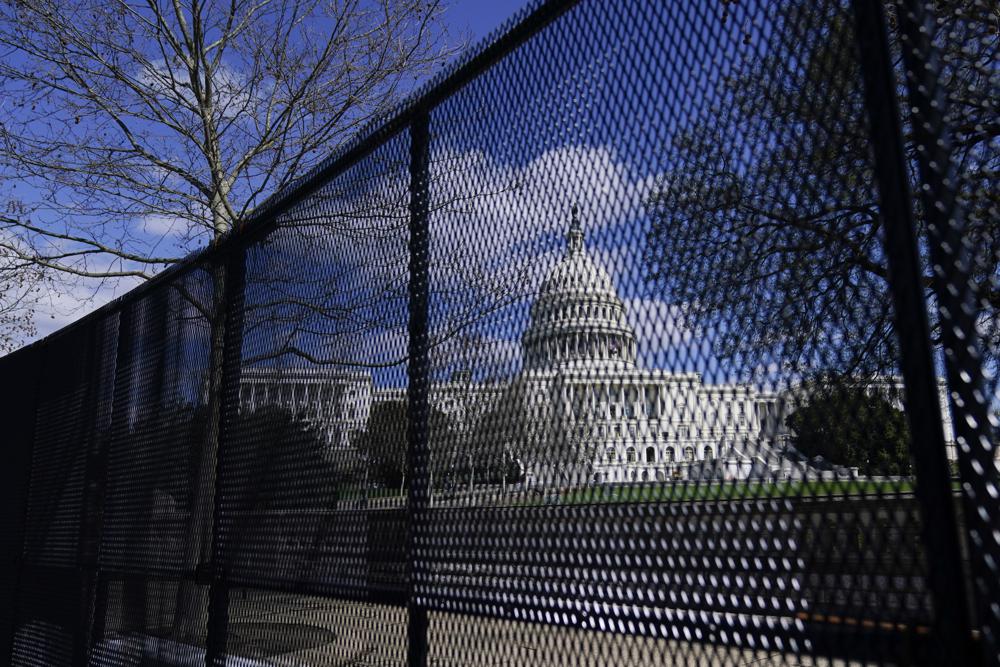 Capitol Police are debating whether to resurrect the perimeter fence that came up after the Jan. 6 riot.

Far right extremist groups like the Proud Boys and Oath Keepers are planning to attend a rally later this month at the U.S. Capitol that is designed to demand “justice” for the hundreds of people who have been charged in connection with January’s insurrection, according to three people familiar with intelligence gathered by federal officials.

As a result, U.S. Capitol Police have been discussing in recent weeks whether the large perimeter fence that was erected outside the Capitol after January’s riot will need to be put back up, the people said.

The officials have been discussing security plans that involve reconstructing the fence as well as another plan that does not involve a fence, the people said. They were not authorized to speak publicly and spoke to The Associated Press on condition of anonymity.

The planned Sept. 18 rally at the Capitol comes as a jittery Washington has seen a series of troubling one-off incidents — including, most recently, a man who parked a pickup truck near the Library of Congress and said he had a bomb and detonator. Among the most concerning events: A series of unexploded pipe bombs placed around the U.S. Capitol ahead of the Jan. 6 insurrection remain unexplained and no suspect has been charged.

On Capitol Hill, the politics around fencing in the iconic building and its grounds were extremely difficult for lawmakers after the Jan. 6 insurrection. Many said they disliked closing off access, even as they acknowledged the increased level of security it provided.

The decision on whether or not to erect the fence again will likely be considered by the Capitol Police Board, according to a House aide familiar with the matter and granted anonymity to discuss it. No decisions have been made. The board consists of the Sergeant at Arms of the U.S. House of Representatives, the Sergeant at Arms and Doorkeeper of the U.S. Senate, and the Architect of the Capitol.

The deadly riot overwhelmed the police force that was left badly prepared by intelligence failures and has resulted in internal reviews about why law enforcement agencies weren’t better equipped. More than 100 police officers were injured and the rioters did more than $1 million in damage.

The planned presence of the extremist groups is concerning because, while members and associates of Oath Keepers and Proud Boys make up just a fraction of the nearly 600 people who have been charged so far in the riot, they are facing some of the most serious charges brought so far.

Those charges include allegations that they conspired to block the certification of President Joe Biden’s victory. Several Oath Keepers have pleaded guilty to conspiracy charges and are cooperating with investigators in the case against their fellow extremists, who authorities say came to Washington ready for violence and willing to do whatever it took to stop the certification of the Electoral College vote.

As officials prepare for this month’s rally, Yogananda Pittman, the Capitol Police official who led intelligence operations for the agency when the rioters descended on the building, has been put back in charge of intelligence.

In a statement to the AP, Capitol Police Chief Tom Manger said the department was “closely monitoring September 18 and we are planning accordingly.”

“After January 6, we made Department-wide changes to the way we gather and share intelligence internally and externally. I am confident the work we are doing now will make sure our officers have what they need to keep everyone safe,” Manger said.

But for federal officials, the person who planted the pipe bombs also remains a serious concern. Many of the leads in the investigation have come up dry and investigators working on the case haven’t even been able to figure out whether the suspect is a man or a woman, people familiar with the case said.

The FBI has released grainy surveillance video of the person they believe left the bombs and have said the person wore a gray hooded sweatshirt and a face mask and had a backpack and distinct Nike Air Max Speed Turf sneakers in yellow, black and gray.

The FBI had asked Nike for information about the shoes and sought to analyze information from purchasers, according to law enforcement documents obtained by The Associated Press. Agents also looked into a tip that someone had placed an ad on Facebook Marketplace with someone selling nearly identical shoes, the documents said.

The bombs — each about a foot long with end caps and wiring that appeared to be attached to a timer — had contained components that were unique and specific enough that agents reached out to companies like Walmart and other vendors and asked to review information about recent purchases, the documents said.

The explosive devices were placed outside the headquarters of the Republican and Democratic national committees between 7:30 p.m. and 8:30 p.m. Jan. 5, the night before the riot. But they were not located by law enforcement until the next day, shortly before thousands of pro-Trump rioters stormed into the Capitol.

It is not clear whether that means the pipe bombs were unrelated to the next day’s riot or were part of the riot planning. Both buildings are within a few blocks of the Capitol.