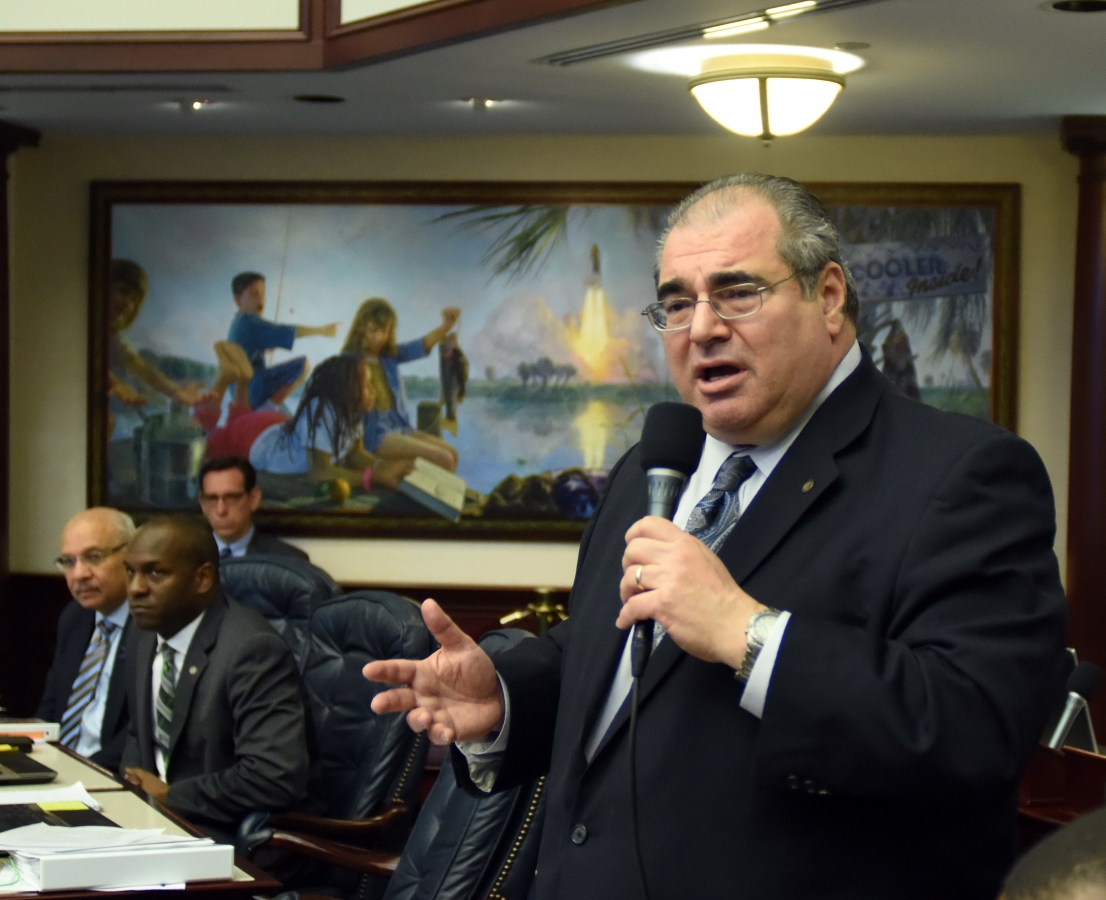 Democratic Rep. Joe Geller is making one final push to have Florida get around the Electoral College and potentially transform the nation’s presidential election into a popular vote system.

Heading into his last Legislative Session before running into term limits, Geller is once again introducing a measure (HB 69) signing Florida onto the Nationwide Popular Vote Interstate Compact.

The Compact seeks to ensure the winner of the nationwide popular vote will serve as President. It does that by circumventing the nation’s Electoral College system.

Currently, most states in the U.S. award their respective number of Electoral College voters to whichever candidate wins the popular vote in their state. Some states, such as Maine and Nebraska, also award a portion of their Electoral College to winners of their individual congressional districts.

But in either system, candidates who perform better in a state win more (or all) of that state’s electoral votes. The Nationwide Popular Vote Interstate Compact would, somewhat controversially, have states simply award Electoral College votes to the candidate which receives the most overall votes in the country. That’s true even if that candidate received fewer votes in a given state.

For instance, if Geller’s proposal was in effect, Joe Biden would have won all of Florida’s Electoral College votes last year. While Donald Trump topped Biden by more than 370,000 votes in Florida, Biden beat Trump by more than 7 million votes nationwide. Therefore, Florida’s electoral votes would go to Biden.

However, the changes proposed in Geller’s bill would not take effect until jurisdictions containing a majority of electoral votes — 270 — agree to the Compact. As of now, 15 states plus the District of Columbia have agreed to the compact. Those 16 jurisdictions hold 195 electoral votes under the newest revisions following the 2020 Census.

States have a significant latitude in how those votes are awarded. That reality led Trump and his allies to pressure states to throw out results unfavorable to him during last year’s election by ginning up false allegations of widespread voter fraud. Dozens of court challenges designed to overturn those results failed after state officials maintained results were accurate.

Should enough states sign onto the Compact, it could trigger a challenge in the courts as well. It’s unclear whether a system designed to usurp the Electoral College would withstand judicial scrutiny. But a 2020 Supreme Court ruling giving states the authority to force electors to vote a certain way seemed to reinforce states’ authority to dictate how their respective electoral votes are distributed.

The Electoral College was instituted to give states with smaller populations proportionally more impact on the presidential election than larger states, such as Florida. Electoral college advocates argue the system prevents the most populous states from dictating the outcome of the election every four years.

But the system also leads to swing states earning outsized attention, as deep blue and red states already have their outcomes largely set in stone.

Democrats have also been frustrated in recent elections, with Republicans winning the presidential election in both 2000 and 2016 despite losing the popular vote.

This isn’t the first time Geller has introduced such a bill, and it’s difficult to see a GOP-controlled Legislature moving it forward. Should it pass, however, it wouldn’t change much for 2024. Adding Florida to the list of states which have already approved the Compact puts advocates at 223 electoral votes. That’s 47 short of what’s needed to put Geller’s bill and others into effect.