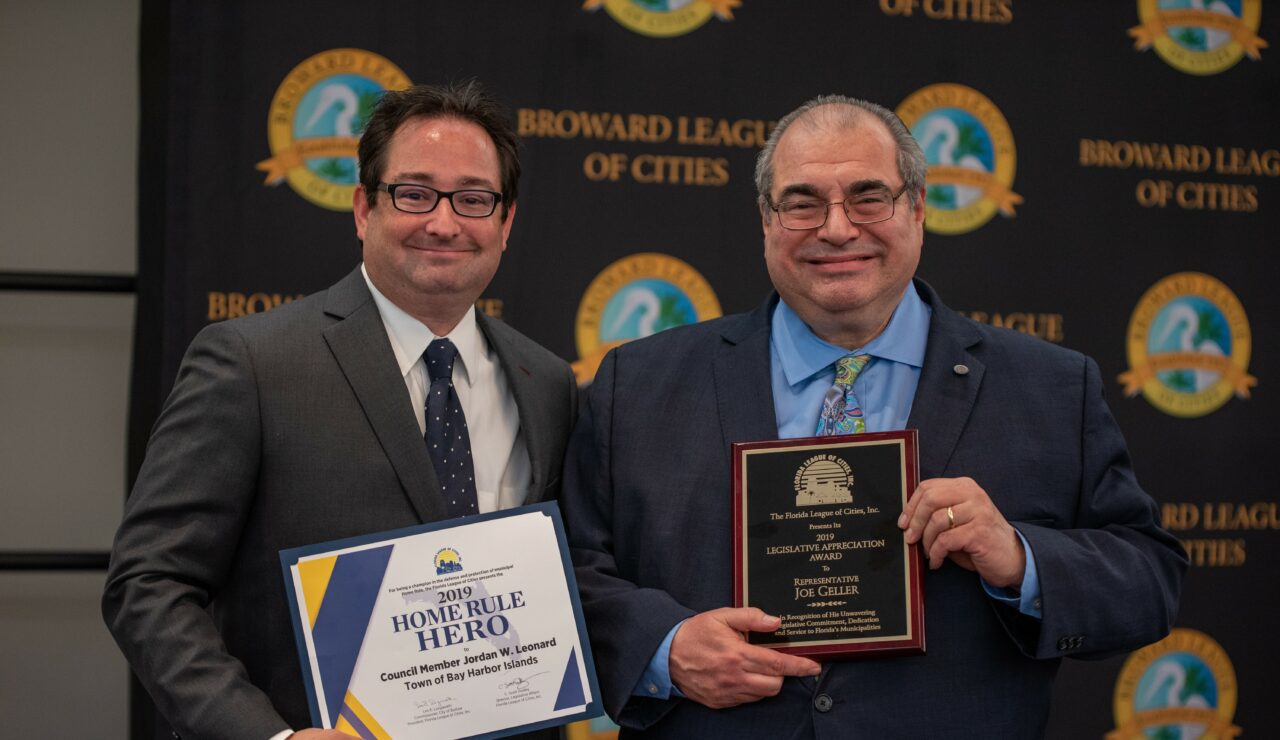 “I first met Jordan when he was in college and running for a position on the State Young Democrats Board in the 1990s. Since then, I have watched Jordan devote his life to making our community a better place,” Geller said in a written statement announcing the endorsement.

“For 25 years, I have seen Jordan grow professionally and personally, demonstrating the experience, compassion and knowledge that we need more than ever in the State Capitol.”

“From City Hall to County Hall to Tallahassee, Jordan has spoken up for our rights and to protect home rule, earning the Florida League of Cities Home Rule Hero award for the past five consecutive years. He has stood up to defeat bad bills in previous sessions and has been effective in getting millions in appropriations for our cities,” Geller added.

“He is a proven leader in South Florida with a multitude of qualifications that will serve us all well in the Florida House.”

The Geller endorsement will certainly help Leonard’s bid, but he’ll still face a contested Primary for the Democratic nomination. Leonard is leading the field in overall fundraising since joining the race in February, recently eclipsing the $100,000 mark.

“Rep. Geller is not only my Representative in the Florida House, but he is also a mentor and a friend,” Leonard added in a statement of his own.

“I am truly humbled to receive his endorsement to succeed him in the Florida House. We have been blessed to have had Rep. Geller diligently working for our interests in Tallahassee. I look forward to continuing that tradition of providing excellent representation in our State Capitol and at home. I promise to work not just during Session, but every day, to serve all of the people of District 100 and South Florida.”

HD 100 is split between Broward and Miami-Dade counties and is a Democratic stronghold. After Geller first secured the seat in 2014, he faced no opposition — Democratic or otherwise — for the next three cycles, including last November.

Republican candidate Wena Sutjapojnukul also filed for the seat last week, but would be the underdog in the Nov. 2022 General Election contest.