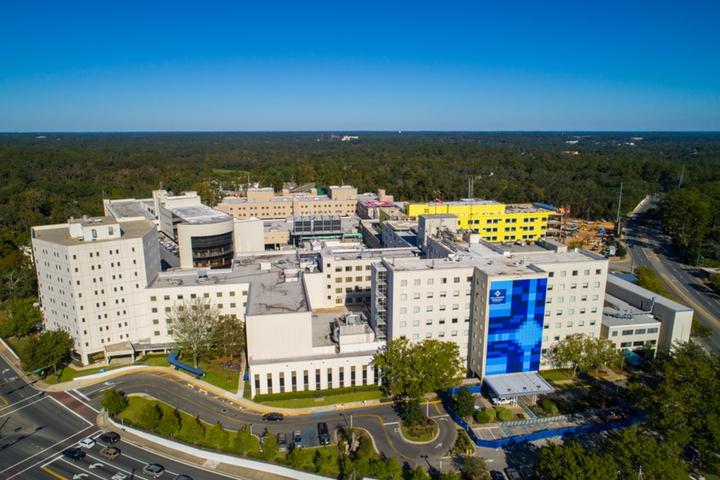 The hospital’s previous monthly high for COVID-19 deaths was 43, set in January as access to vaccines was still ramping up and shots were reserved for people 65 and older. But the delta variant, which took off in July, has hit Florida with its worst COVID-19 surge yet and has been impacting younger populations.

Already in September, TMH has recorded 19 COVID-19 deaths, the latest coming Wednesday. The 18 deaths as reported through Tuesday put the hospital on pace to match August’s record.

COVID-19 deaths are only counted in individuals whose primary cause of death is determined to be COVID-19, said TMH Vice President Dr. Dean Watson, addressing confusion about the way deaths are reported. Previously, any person who died with COVID-19 was counted as a COVID-19 death.

“Unfortunately, what we’re seeing more of lately are unvaccinated, healthy individuals that are not doing well,” Watson told reporters Wednesday. “Many of these folks are not improving.”

The deaths last month included two children, one child between 5 and 12 and one child younger than 5.

Unvaccinated, healthy individuals are largely the ones dying. Unvaccinated individuals make up at least 97% of hospitalizations and also have longer hospital stays, reducing the hospital’s ability to care for others.

The few vaccinated people who have died have been individuals with multiple comorbidities.

However, recent trends bode well for the number of fatalities. Hospitalizations have been on the decline over the last few weeks, down from a peak of 140-150 patients last month.

A majority of cases in the pediatric ICU have been teenagers, none of whom are vaccinated despite being eligible, with acute COVID pneumonia. Typically, the affected children are obese. Dr. Tom Truman, a lead pediatric critical care physician at TMH, said the teenagers typically come around to the vaccine over the course of their hospital stay.

“They have been texting and calling their friends and family members, telling them, you don’t want any part of this, get the vaccine,” Truman said. “Their most common question is: ‘How soon can I get the vaccine when I get out of here?'”

Truman also played a role in Leon County School Board’s decision to implement and reinstate its mask mandate by advising Superintendent Rocky Hanna in favor of requiring everyone to wear masks. Anything the district can do to mitigate the virus’ spread is beneficial, he argued.

Watson said the biggest impact they see on people’s lungs is not the buildup of fluid, but the inflammation that follows an infection.

“It’s really like having a hardened glue or cement that you really can’t pass air across,” Watson said. “They’re struggling to get oxygenation. They feel like they’re suffocating and don’t have the ability to gain enough air to survive.”

The hospital has stopped using hydroxychloroquine to treat infections after outcome data showed it didn’t help patients recover. The hospital has not started treating people with ivermectin, an antiparasitic that some, largely through online disinformation, have touted as a treatment alternative for COVID-19.

A rising number of people circumvent the necessary doctors’ prescription to take ivermectin by purchasing the horse dewormer version of the drug, which can be dangerous for humans. Florida Poison Control received 37 calls for ivermectin exposure last month, half of the year’s cases until that point.

However, the hospital is watching whether health organizations endorse the human version drug.

The delta variant itself has been mutating in recent weeks to bypass people’s antibodies, he added.

“Delta variant has mutated over 16 times in the last 30 days. That’s unheard of,” Watson said. “This virus is a champion at trying to stay alive.”

nextLast Call for 9.8.21 — A prime-time read of what’s going down in Florida politics