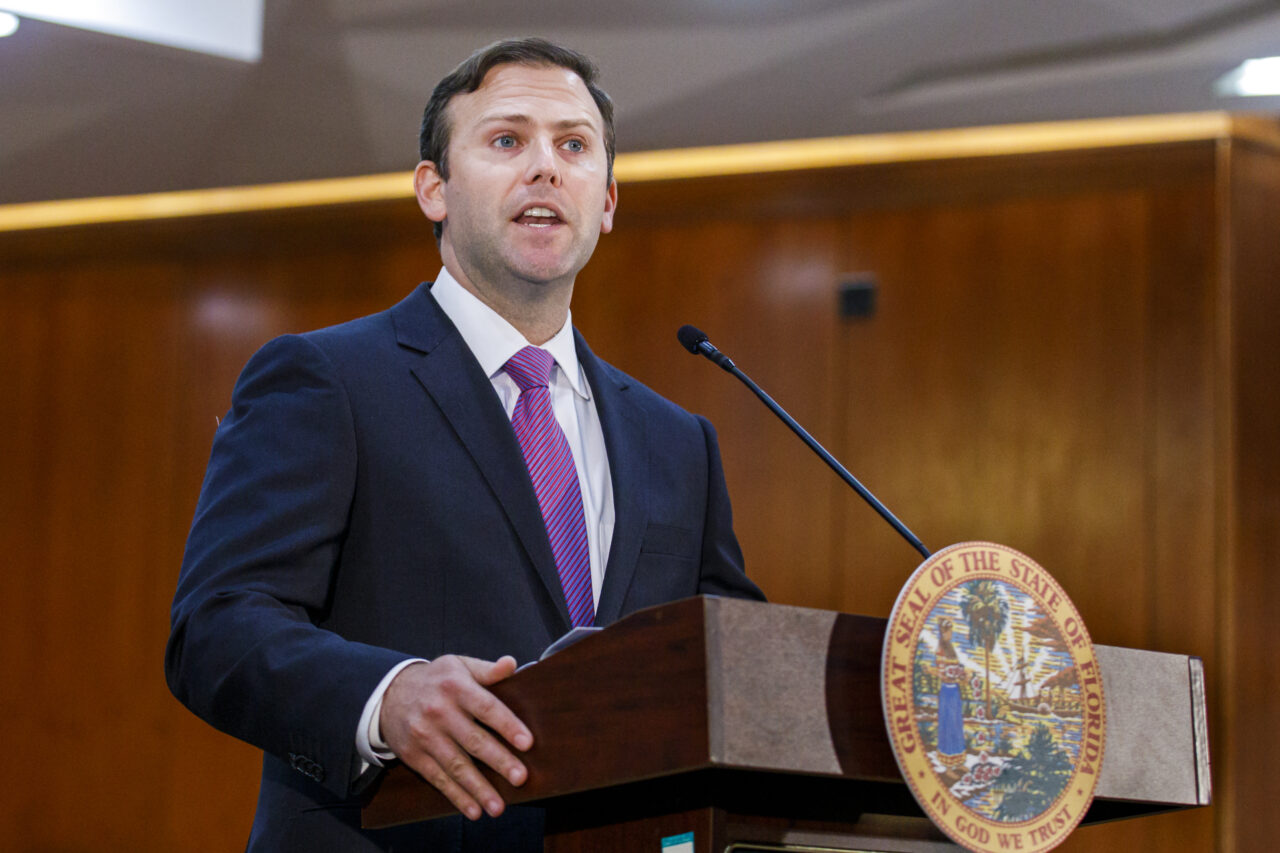 Florida lawmakers appear poised to wage another bruising battle over data privacy in 2022, as House Speaker Chris Sprowls vows to push through a measure that would put pressure on tech companies when it comes to sharing valuable information they collect on customers.

Earlier this year, Republican-friendly interest groups lined up in opposition to a Sprowls-pushed bill, but the Palm Harbor Republican isn’t walking away from the fight. Sprowls has been in some of these battles before, like in 2020 when he pushed through a measure dealing with how life insurance companies use DNA information, and he is used to winning.

The goal, the Speaker says, is to ensure Florida’s laws aren’t lagging when it comes to consumer privacy and to enact a new policy to “get ahead of the game.”

After working to pass a DNA privacy law for three years, Sprowls now wants the Florida Legislature to pass a comprehensive data privacy bill that gives Florida internet users more control over the data companies aggregate on them and what can be done with the data. Sprowls also wants to empower consumers to sue companies that violate the law.

“This is the new frontier of privacy. Before, a lot of our laws about privacy dealt with the papers in our briefcase,” the Speaker said. “Well, that’s not the real risk of privacy nowadays. It’s the data on our phone. It’s the monetizing of our genetic information without our permission.”

There is no federal law governing internet users’ privacy information. The Federal Trade Commission first recommended Congress pass baseline protections in 2000. Included in the FTC report were recommendations that companies be required to provide customers a choice as to whether they agree information can be shared, as well as provide consumers reasonable access to the information, including the ability to correct inaccuracies or delete information.

While Congress has not acted, California, Virginia and Illinois have enacted privacy laws. Sprowls last Session unsuccessfully championed legislation that would have given Florida internet users more control over their personal data, much along the lines of what the FTC first recommended 20 years ago.

Sprowls’ bill also would have allowed Florida consumers to sue companies that violated their rights.

Large’s group will lobby against any provision in any bill that would create a new opportunity for people to sue Florida businesses. He also lobbies for business-friendly litigation changes.

“I would coin this the ‘jobs program for class-action plaintiff’s attorneys,’” Large said. He underscores his point with a recent legal analysis of the impact of California’s data privacy law, which also has a private cause of action for consumers whose rights have been violated.

Conducted by the insurance defense law firm Akin Gump Strauss Hauer & Feld, the analysis shows that 76 class-action lawsuits had been filed in California state and federal courts in 2020.

This isn’t Sprowls’ first tangle with the insurance lobbyist over privacy issues, though.

The lawyer and former prosecutor first took on the life insurance industry in 2018 and 2019 when behind the scenes, he pushed for bills that would have prevented life insurance, disability, and long-term care insurance carriers from using DNA information to price policies or to cancel policies based on data from 23andMe and AncestryDNA.

Sprowls didn’t sponsor the bill either year, though; Rep Jason Brodeur sponsored the proposal in 2018, and Rep. Jayer Williamson filed the bill in 2019.

Sprowls filed the DNA privacy bill in 2020 and subsequently rolled over the American Council of Life Insurers and other industry lobbyists who warned Florida would be the only state in the nation to ban companies from using the DNA data. If passed, opponents argued, it would increase the cost of insurance for healthy consumers. Insurers, proponents argued, would stop writing policies in Florida.

The ACLI declined to comment for this story. But Sprowls says their argument doesn’t hold.

Long-time insurance lobbyist Mark Delegal was at odds with Sprowls over the DNA privacy law and will be at odds with the Speaker over the data privacy bill. Delegal said the bill created a cottage industry for lawyers who would squabble over small amounts of money.

“The only winner in that equation are the lawyers who will grind away at an infinite number of hours over pennies for a consumer,” Delegal said. “And the only winner who comes out is a lawyer collecting fees for that.”

In place of a private right of enforcement, both Large and Delegal say the Department of Legal Affairs, and not consumers, should be empowered to sue businesses, which was the Florida Senate’s position in its version of the bill.

Gov. Ron DeSantis and Lt. Gov. Jeanette Nuñez stood by Sprowls’ side during a February news conference announcing the data privacy bill in the House. But after business interests lobbied the Governor’s office, sources say, the executive branch backed off its support, ultimately leading to the bill’s demise.

Sprowls, though, denied the civil enforcement provision in the bill killed it.

“I think the stumbling block had to do with enforcement generally,” Sprowls said. “What is the kind of enforcement that allows there not to be perversion in the system, people doing frivolous things to harass, versus people who are empowered to make sure that their data is protected and what’s their hook if something goes wrong or if somebody does something they’re not supposed to be doing?”

Meanwhile, Florida’s business interest groups have been anticipating another fight over the data privacy bill and the inclusion of a private cause of action and are starting to prepare for the legislative battle.

“I think it was altogether appropriate for more people to become aware of what this means since this was left at the doorstep last year,” said NFIB Florida Executive Director Bill Herrle, who said about 50 people attended the meeting, which was offered both in-person and virtually.