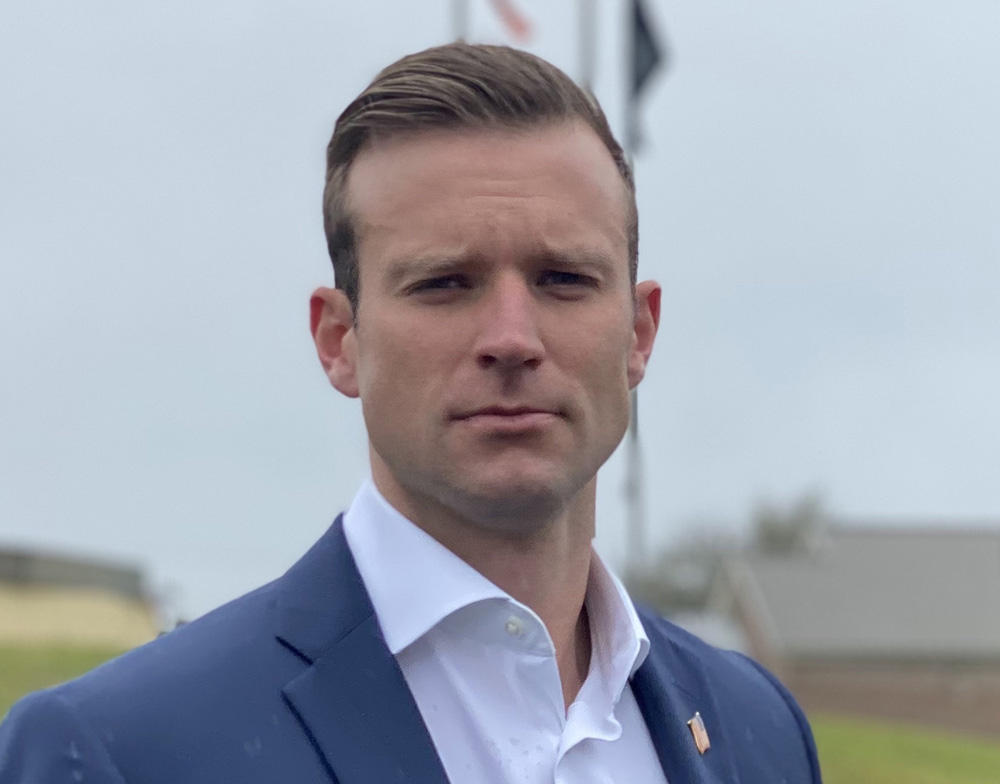 Tomczak is one of three Republicans running to replace DiCeglie.

Rep. Nick DiCeglie has chosen his preferred successor in the House. He offered his endorsement Thursday of Army veteran Alen Tomczak in Florida House District 66.

“After proudly serving and representing Pinellas County in the Florida House for the past four years, I know what it takes to stand up for our values on the House floor, and I know that Alen Tomczak is more than ready to fight for us,” DiCeglie said. “His dynamic approach to leadership combined with his military experience and principled character gives me full faith that he will serve as the conservative fighter that Pinellas County needs in Tallahassee.”

DiCeglie was first elected to the House in 2018 and reelected in 2020. He’s leaving his seat to run for Florida Senate to replace current Republican Sen. Jeff Brandes.

“I’m honored to be endorsed by Rep. Nick DiCeglie,” Tomczak said. “Although the Florida House will be losing a strong conservative and effective legislator, I look forward to building on his legacy of common-sense legislation that prioritizes the residents and businesses of our community.”

Tomczak faces former conservative Bay News 9 commentator Berny Jacques and attorney and lobbyist Jennifer Wilson in the GOP primary next year. So far, no Democrats have entered to run in the Republican-leaning district. According to the Pinellas County Supervisor of Elections, as of the end of July, HD 66 had 49,477 registered Republican voters to just 37,725 Democrats. While it’s likely a Democrat will still enter the race, if none do, the Republican Primary will open to all voters regardless of political affiliation.

That would have a moderating effect on the race in which Jacques has consistently positioned himself as a pro-Trump conservative and has touted his friendship with state Rep. Anthony Sabatini, a firebrand Republican who has drawn the ire of even those within his own party. DiCeglie’s support for Tomczak could indicate more established Republicans are betting on candidate viability in either an open Primary or in a General Election against a Democrat.

Tomczak is a graduate of Seminole High school and attended St. Pete College, and shortly after enrolled into the University of South Florida ROTC program.

Tomczak was deployed overseas as a platoon leader in the Horn of Africa, leading a quick reaction force platoon, and returned to redeploy with a local contractor to advise senior leaders on Counter Improvised Explosive Device missions and technologies.

Following his deployments, Tomczak continued to work for a defense contractor performing operations in the Middle East. In 2019, Tomczak returned home to join Special Operations Command at MacDill Air Force Base as a technical lead. At SOCOM, Alen continues to advise the government in research to keep soldiers and allies safe overseas.

He is currently seeking a master’s degree in strategic intelligence from USF. He is still currently serving in the Army National Guard as an infantry captain in the Army’s newly stood up Security Force Assistance Brigade, a unit specializing in conducting training and advising on operations with allied and partner nations.

Tomczak previously told Florida Politics he is a member of the NRA and is committed to preserving the Second Amendment.

nextWinner and Loser of the Week in Florida politics — Week of 9.5.21