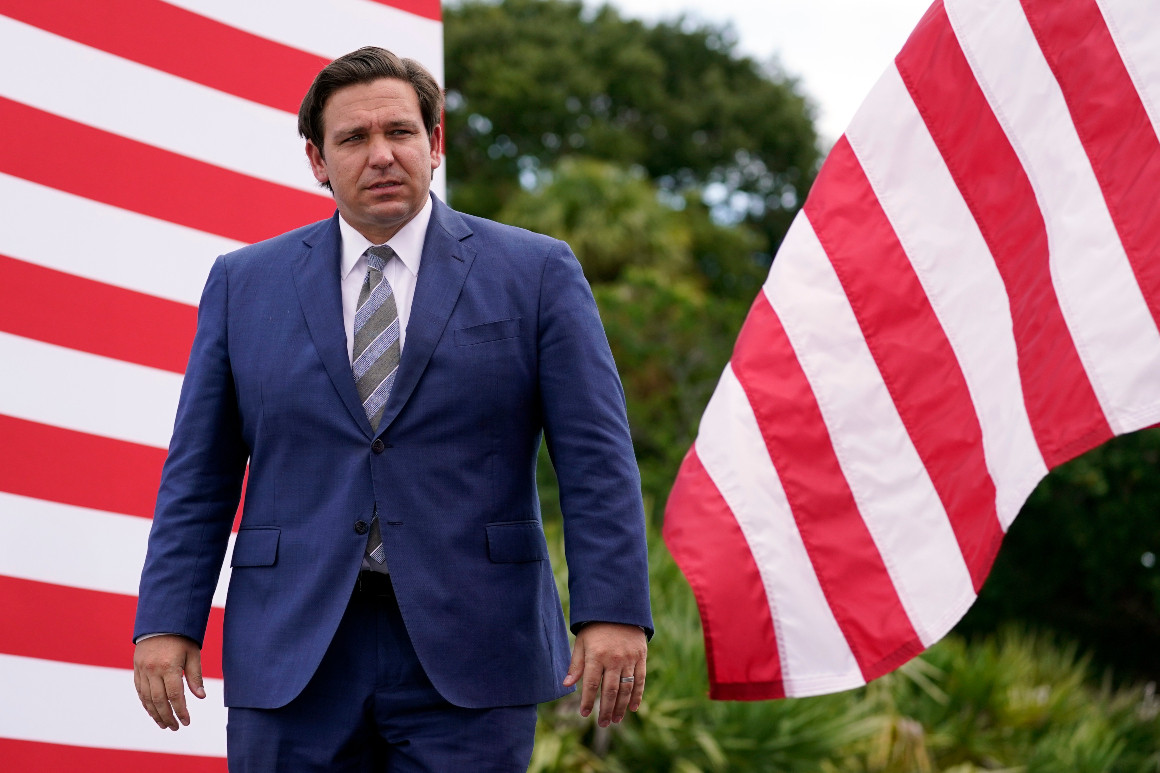 Gov. Ron DeSantis returned to his former political home base Friday, with some sharp words about the end of the war in Afghanistan.

In Palm Valley, where he addressed the 20th anniversary of the 9/11 terror attacks, DeSantis blasted the “fiasco” that saw 13 service members killed as the U.S. attempted to evacuate people from Afghanistan last month and described the Taliban’s ascendance in the aftermath as “humiliating.”

“To see that happen without any planning, with no support, basically, a total fiasco. They were not served well by their leadership in this,” DeSantis said.

DeSantis went on to describe the way the withdrawal happened as a “real stain on our country,” suggesting the Biden administration wanted good publicity for the war’s end.

“I don’t know why it was done that way,” he said. “People have said they wanted to have some type of 9/11 photo op, which obviously is not going to happen now. But it was not done right and those folks were not supported.”

“To see the Taliban with all our military equipment over there? That’s humiliating for our country,” DeSantis added.

DeSantis also discussed the post-9/11 military in his comments, noting that with no military draft, there was a “very small portion of people who had the burdens on them” throughout the U.S. military actions in Afghanistan and Iraq.

“People on their third, fourth, fifth deployment,” DeSantis reflected. “A small number of people do it over and over again.”

“It’s not conducive to having a family life. Relationships are frayed, there are a lot of lost opportunities,” DeSantis said. “There was a lot of cost involved in those operations and those costs really did fall on a small portion of population.”

DeSantis, who has spent all of 2021 “standing in the way” of President Joe Biden on one issue or another, is considered a leading prospect for the 2024 GOP presidential nomination. Afghanistan and the optics of Sept. 11 have featured on the Governor’s laundry list of complaints. Some of the phrasings he used in Palm Valley had been workshopped previously for national audiences.

Just weeks before, he claimed on Hannity that Biden sought a “9/11 moment” with the Afghanistan withdrawal, which he described elsewhere as “humiliating.”

The Governor returned to the same themes in a second appearance Friday, sounding not unlike a presidential candidate in Holiday.

“They deserve the best leadership at the top. They deserve people that care about them,” he said.