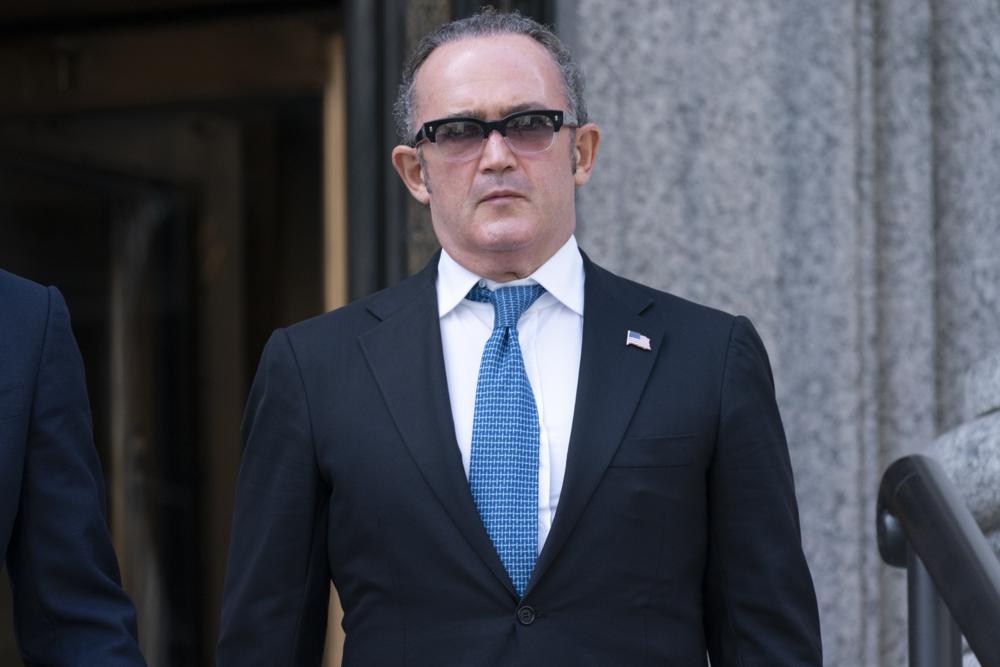 Igor Fruman will not be required to cooperate in other cases.

A Florida businessman who gained notoriety for helping Rudy Giuliani seek damaging information on Joe Biden in Ukraine pleaded guilty Friday to a charge alleging he facilitated illegal foreign campaign contributions in an effort to build a marijuana business in the U.S.

Igor Fruman, 56, entered the plea in federal court in Manhattan after reaching a deal with prosecutors. Fruman’s plea agreement does not require him to cooperate in other cases, U.S. District Judge J. Paul Oetken said.

Initially charged in a wide-ranging indictment, Fruman pleaded guilty to a single count of solicitation of a contribution by a foreign national. The plea resolves the case against him.

Federal sentencing guidelines call for a punishment of 37 to 46 months in prison, though Fruman could get up to five years, the judge said. Sentencing is scheduled for Jan. 21.

The plea leaves two men — Lev Parnas, another Soviet-born Florida businessman and Giuliani associate, and Ukraine-born investor Andrey Kukushkin — to face trial next month. A fourth person, David Correia, was sentenced in February to a year in prison for fraud involving a company he ran that brought Giuliani on as a consultant.

“Mr. Fruman is not cooperating with the government and has determined that this is the fairest and best way to put the past two years of his life behind him,” Fruman’s lawyer, Todd Blanche, said in a written statement after the plea hearing. “He intends to continue to work hard, as he has his entire life, and raise his family in this country that he loves. We will not have any further public communications.”

Fruman was also charged with, but did not plead guilty to, arranging hundreds of thousands of dollars in illegal donations to Republicans and political action committees while trying to get Americans interested in investigating Biden’s son in Ukraine during the Democrat’s successful run for President.

Fruman apologized in court. He said he was not aware of laws prohibiting foreign campaign contributions at the time he engaged in the donation scheme.

In court Friday, Fruman said the donation scheme was part of an effort to encourage support for a fledgling marijuana distribution business that he and others were starting in states where the drug was being legalized.

While prosecutors have kept the identity of the donor secret, a lawyer for one of the defendants revealed him during one court hearing to be Russian businessman Andrei Muraviev.

Business and other court records show that Muraviev was an investor in a marijuana company with Kukushkin in California.

Some of the donations made during the campaign to win support for the marijuana business went into the campaign coffers of Florida Gov. Ron DeSantis, a Republican whose name has been floated as a potential presidential candidate.

Giuliani, 77, has said he had no knowledge of illegal campaign contributions, but has acknowledged working extensively with Fruman and Parnas as he sought communications with Ukrainian figures.

The Republican and former New York City Mayor who once gained worldwide respect and admiration as “America’s Mayor” after the Sept. 11 attacks was not charged in this case. But Giuliani has been under criminal investigation for his dealings with Ukraine while serving as a personal lawyer to then-President Donald Trump.

In April, federal agents raided his Manhattan home and office and seized computers and cellphones, signaling a major escalation of the investigation. Authorities are deciding whether Giuliani’s activities required him to register as a foreign agent.

Giuliani has insisted his Ukrainian activities were conducted on behalf of Trump, not a foreign entity or person.

Trump’s efforts to press Ukraine for an investigation of the Bidens led the House to impeach the then-President, though he was acquitted by the Senate.