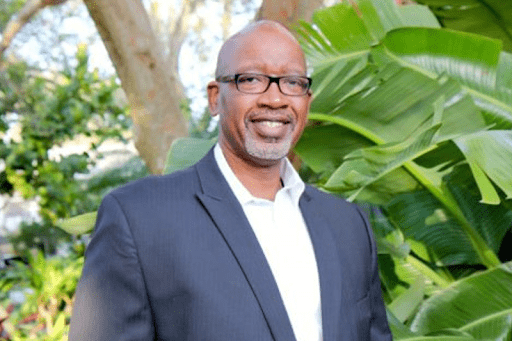 Ken Welch is collecting a handful of more endorsements in his continued campaign for St. Petersburg Mayor.

“Ken Welch is the proven leader that St. Petersburg needs as its next Mayor. I trust Ken Welch to stand up for a clean, healthy and resilient Tampa Bay,” Castor said in a statement. “The Tampa Bay area is growing, and we need leaders like Ken Welch who will work to ensure our community grows in the right way.”

Castor, who has served parts of Hillsborough County in Congress since 2007 and is a local and national leader on combating climate change, praised Welch for his “track record on smart growth, transit, the environment, and fighting for equal opportunity for all.”

Welch faces City Council member Robert Blackmon in the Nov. 2 General Election after finishing first in a crowded field in the Aug. 24 Primary Election. He’s running to replace incumbent Mayor Rick Kriseman, who is leaving office because of term limits and has endorsed Welch as his successor.

“Congresswoman Castor has been a steadfast leader for Tampa Bay for years. Her leadership on the environment and resilient and sustainable infrastructure will pay dividends for all of Tampa Bay for generations to come,” Welch said of Castor’s endorsement. “I’m honored to have the support of such an incredible partner in progress and look forward to working with her in Congress to protect our clean water and all of Tampa Bay as the next Mayor of St. Petersburg.”

Cruz, meanwhile, touted Welch’s ability, shown during his time as a former Pinellas County Commissioner, to work across the aisle to advance policy. That’s important praise in a race that pits Welch, a registered Democrat, against Blackmon, a registered Republican.

“I’ve known and worked with Ken for years, his commitment to in-touch and inclusive leadership are just what St. Petersburg needs as its next Mayor. His experience and ability to work across the aisle to move the community forward will benefit the city and enable the type of inclusive progress that we all want to see moving forward,” Cruz said in a statement.

Both Cruz and Castor are also Democrats. Cruz represents parts of Tampa in Senate District 18. While her district does not include St. Pete, Cruz has supported statewide policy affecting the city and is a frequent critic of Republican-led efforts to scale back home rule, including various preemptions on things like guns, tree removal and local mask mandates.

“Sen. Cruz has worked for decades to uplift the community. Principled and shared progress don’t just happen by accident and she embodies the type of dedication and informed decision making it takes to make that a reality,” Welch said. “I’m humbled by her support and will work hand-in-hand with her in the State Legislature next year as Mayor to make sure all of our communities in St. Pete share in the benefits of new growth and prosperity as we continue to thrive.”

In its endorsement, the Sierra Club lauded Welch not only for his commitment to strong environmental protections but for promoting across-the-board policy affecting affordable housing and inclusivity.

“Welch has an outstanding track record of fighting for his constituents and for equity in all of its forms,” said Sierra Club spokesperson Dan Huber. “He is a progressive voice focused on community development, climate resiliency and infrastructure, affordable housing, enhanced public transportation, and transparency and accountability in City government.”

Added Welch: “I’m honored to have the support of the Sierra Club. Our natural resources, parks, and waterways are vital to the continued transformation of the Sunshine City. As Mayor, I look forward to building upon my long-standing relationships in the environmental community to ensure the continued preservation and beauty of this great City.”

The General Election is open to voters citywide.