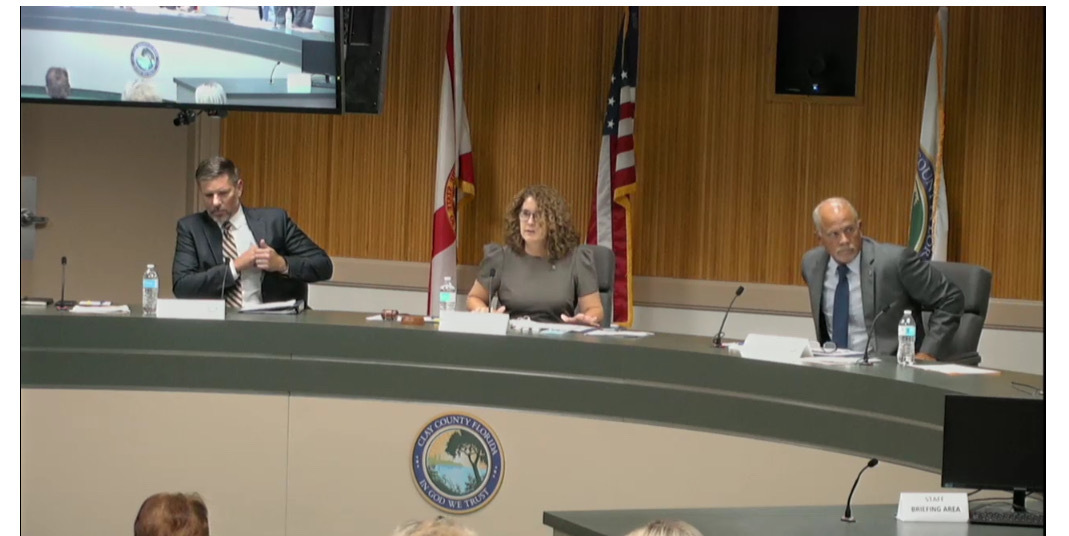 Clay County is growing and dealing with public safety challenges.

Sen. Jennifer Bradley and Reps. Sam Garrison and Bobby Payne compose what Payne calls a “three legged stool” of legislators, with Payne the senior presence in his fifth year of service.

The Clay County Commission would like to give law enforcement a pay raise; salaries are roughly $10,000 per person per year below what they need to be to keep cops around, lawmakers lamented.

The county is also $30 million short on necessary capital for a new jail facility, which would replace a structure built decades ago for a much sleepier county.

The money just isn’t there.

“We have a jail capacity issue. We are at capacity or above capacity almost every day now,” Cook said. “This is the alligator closest to the kayak and it’s about to bite us.”

The department is “using creative ways” to deal with capacity issues among inmates, but that’s only part of the problem.

“Part two of the capacity issue is, where do we put the police administration? Right now they have no place to go,” Cook noted.

“The good news is crime is down in Clay County. But we are stretched very thin. Our facilities are going to be a big issue. And we’re going to need some help with that,” Cook implored delegation members.

“The jail is an issue. Obviously deputy pay is an issue,” Garrison remarked.

Starting pay is $38,000 a year, but Cook noted officers pay for training and certification themselves, and that there is no step pay raise.

“I have a member with small children and he’s living in a shed,” Cook said.

Cook also remarked that the “criminal element” is bringing blight and crime to Wells Road, an allusion to issues from Jacksonville, which borders Orange Park to the north.

“We don’t want that part of our county to turn into Arlington 2.0. No one up here wants that,” Garrison said. “It’s not a crisis. But if we don’t act quickly, in ten years we will have a crisis.”